Home BMW The New 3-Series – Bigger, Sharper and a Gets a Refreshing New Design

As we reported earlier, the Paris Motor show is where BMW will reveal their new generation 3-Series to the world. The new G20 generation BMW 3-Series is here to offer more thrill and comfort than ever before, the seventh generation of the sedan is expected to hit the international market by early 2019. The car may be available in India roughly the same time, we have even seen a spy mule undergoing tests on Indian roads. The new generation of the entry-level sedan is now 85 mm longer, 16 wider mm and just 1 mm taller which adds to the practicality and usability of the car. 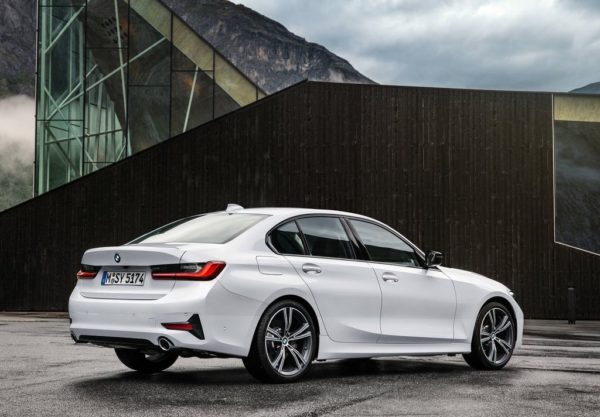 The exterior of the car follows BMWs new design language which is seen on their other cars as well, keeping its traditional design cues but with added aggression and sportiness. The headlights get LED lighting as standard and laser light technology comes in as an option. The instrument console is a 9 inch widescreen unit in lower variants however, top end variants shall get a 10-inch touchscreen with an all-digital instrument console for the driver. The interior is just how you would expect, made of premium material with very good build quality. 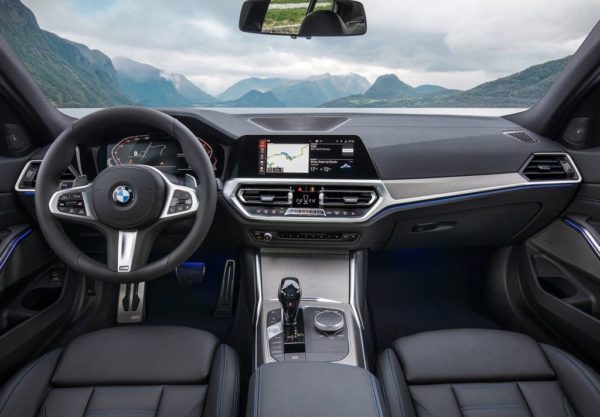 Also Read: The New BMW X5 gets Diamonds Inside and an Off-Road Mode

While a host engine and transmission option will be offered abroad, we expect the Indian market to get one petrol and one diesel unit both mated to an 8-speed gearbox. The diesel, India’s favourite 20d engine is now upgraded and will produce 190 hp and 400 Nm of torque. The petrol unit will come in the 30i avatar and will be available in the M Sport variant, which gives the car some unique touches in the exterior like larger wheels, blue painted callipers to name a few. The petrol makes a good 255 hp and 350 Nm. Both cars will send power to the rear wheels and the M Sport variant will also get an electronically limited slip differential at the rear. The baby Beemer will go against the Audi A4, Jaguar XE and Mercedes C-Class in the Indian market.