The new Mahindra Marazzo has been spotted ahead of its launch scheduled on September 3, 2018. The MPV was spotted at what appears to be a stockyard. Apart from the test drive vehicle, the spy photographs also captured the M8 variant.

The vehicle will create a segment of its own between the Toyota Innova Crysta and the Maruti Suzuki Ertiga. The MPV is expected to arrive at a competitive price point while offering a long list of features. 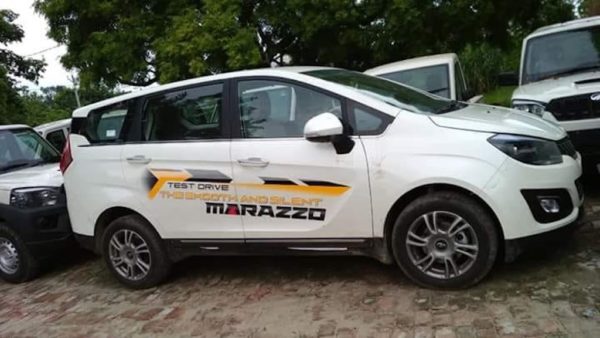 Visually, the Marazzo (which means Shark) will feature the trademark Mahindra grille, and the twin chamber projector headlight at the front. Photographs from the sides reveal the 48.13 cm (19-inch) alloy wheels and a blacked out D-pillar. At the rear is a Shark’s tail inspired tail-lamp and chrome garnishing on the rear door. The chrome garnish design extends into the rear lights. 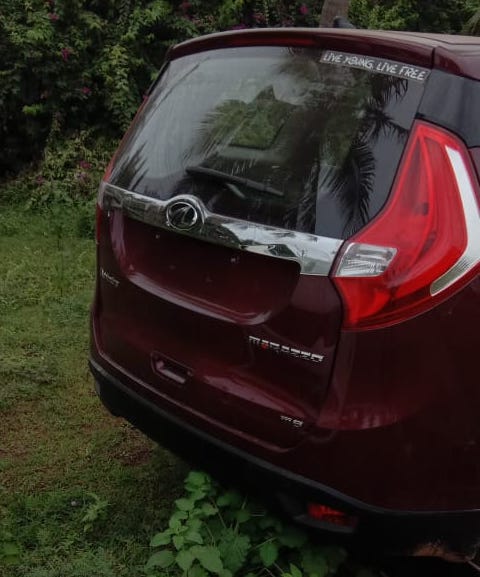 Inside, as seen in the teaser images, the Mahindra Marazzo will feature a piano black finish to the dashboard. While the trapezoidal air-condition vents aren’t too fancy, the chrome borders add a touch of premium look to the units. The centre console gets brushed aluminium highlights that stretch from the air-con controls towards the sides. The touchscreen infotainment system in the centre will be Apple CarPlay and Android Auto compatible.

Mechanical specifications are expected to include a new 1.5 litre, four cylinder, turbo diesel engine which will deliver 121 hp of maximum power and 300 Nm of peak torque. The engine will be mated to a six speed transmission and may also be offered with an automatic option.

The new Mahindra Marazzo, as aforementioned, will be launched in India on September 3, 2018. Meanwhile, the unofficial bookings for the vehicle has commenced.