Update: Mahindra continues to test its upcoming new MPV, the Marazzo as new spy images continue to emerge. The latest image of the Mahindra Marazzo was shared by Siddharth Ghugare (@sidray999) via Twitter. The new spy image reveals the projector headlights and the trademark Mahindra grille. The fog lamp surrounds are reveal their shape from behind the camouflage. The test mule also reveals the new alloy wheels that the upcoming MPV will receive. 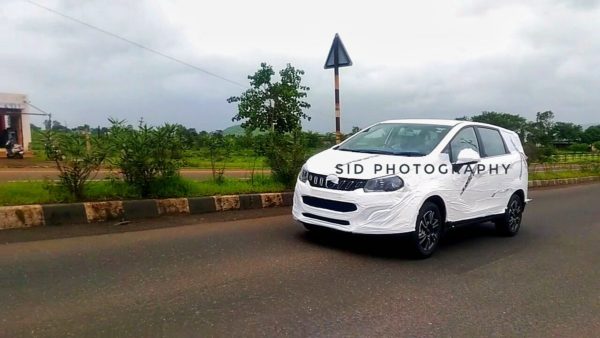 The MPV will arrive ahead of the festive season along with the Mahindra badged SsangYong Rexton (codename Y400). Mahindra recently unveiled the image of the Marazzo’s dashboard and you can read all about it here.

Mahindra have announced the name of their highly anticipated premium MUV, as the Marazzo. The seven / eight seater people mover which is said to be one of the biggest (quite literally) products from the Mahindra stable in some years, is a global project. If Mahindra and Mahindra is to be believed, it has put in all its resources to try and make it a well-designed, reliable, refined, spacious, comfortable, feature and reasonably fun to drive vehicle. The Mahindra Marazzo will be launched some time before Diwali, hopely in the next 4-5 weeks’ time. Here’s everything we know about the Mahindra Marazzo, based on the images we have with us, and what we were told at the name reveal event. 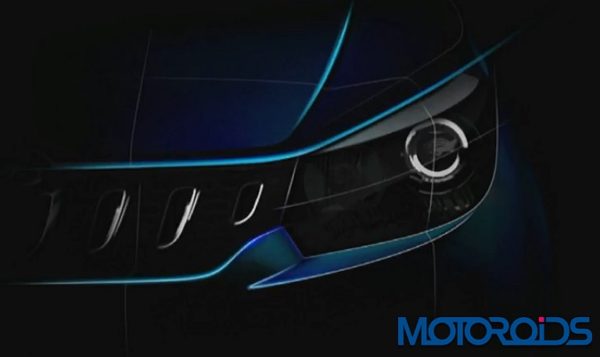 The engine on the Marazzo will be brand new, and will create new benchmarks for the maker in terms of specific output, refinement and weight savings. The new engine is expected to be a 1.5 litre, four pot, turbo diesel unit with 121 hp of peak power and 300 Nm of torque. Those are very healthy numbers for a vehicle this size. For reference’s sake you can look at the Duster, which has a smaller size, but with similar output numbers, offers robust performance. The engine will be mated to a six speed transmission and may also be offered with an automatic option.

The fuel efficiency of the engine, as told to one of our readers by a test driver is going to be in the range 16kmpl when your drive it at 100-120 km/h. With an even lighter foot, the car is capable of nudging 18-19 kmpl.

Mahindra Marazzo – the name and the concept

The name Marazzo means shark, and has been modified from the original name Marrazzo. The name has been taken from Basque language. As the name suggests, the car is meant to reflect a shark’s qualities such as a streamlined, aerodynamic body, its agility, aggressive stance, quietness, certain features such as fins used in exterior highlights and its speed and efficiency.

As mentioned before, the car draws a lot of its design inspiration from a shark’s streamlined body. However, before we get to that, the sheer dimensions of the car also need to be discussed. The Marazzo will be the largest mahindra car ever, with the longest wheelbase and widest track. This will open up enormous space inside the cabin, which Mahindra is highlight as a big quality of the MUV. It’s apparantly going to be the most spacious Mahindra car to date. The customer also wanted the car to be sleek, agile, driveable and modern. 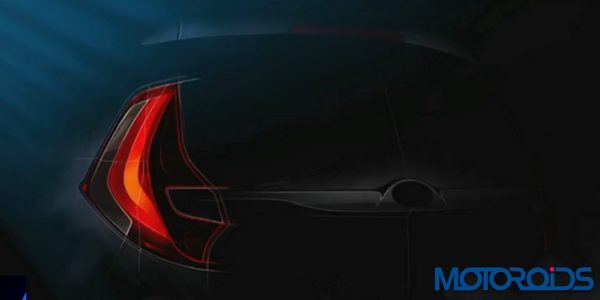 The car is apparently very aerodynamically efficient with the elements on the radiator grille mimicking the sharp teeth of the shark and its face. The headlights also draw inspiration from the intimidating eyes of a shark. The front was meant to look very aerodynamic, yet intimidating. Other elements taking inspiration from a shark include a shark fin antenna, shark fin inspired beltline and a tail lamp which strikingly mimics a shark fin.

From what we see and what we understand, the new Mahindra Marazzo is meant to be an MPV which is premium and very well proportioned to look at. It’s not supposed to be another of those drab looking people movers, but an attractive car which would appeal to a wide spectrum of users.

The biggest takeaway from the name announcement event was the unique rood mounted AC vents which is capable to circulating air in the cabin in both direct and diffused manner. Another highlight revealed are the hues of blue and purple which are a nod to the colours associated with a shark. Mahindra claims that the interior of the Marazzo with be absolutely fresh, high quality and very feature rich. We have some images of the interior with us here for you to have a look at, and based on these images, following are the features one should expected on the new MUV which will be presented in both seven and eight seat configurations. 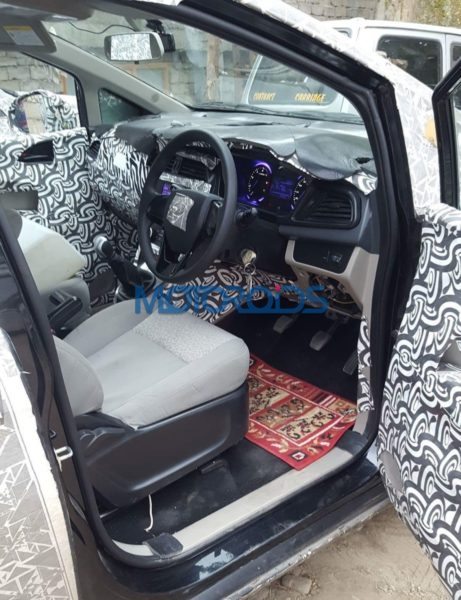 Mahindra wants to position the Marazzo as a premium product. They say that its NVH levels, quality, drive feel, handling and reliability with match or surpass global standards. Very coyly, a few Mahindra officials want us to portray the Marazzo as a true competitor to the Innova Crysta, although they won’t openly admit it. For public, the Marazzo is meant to create a sub-category for itself in the MPV segment. What that means is that while the Marazzo has been benchmarked against the innova in terms of features, space and comfort, it will obviously sell for a discount as compared to the big-selling Toyota. It will however, be sold for a premium over the likes of the Maruti Suzuki Ertiga. 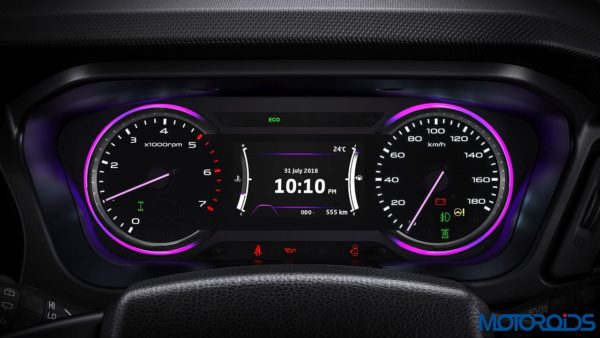 The launch of the car will happen in Q2 2018 according to the official statement. Since July is already over, it’s safe to assume that the Marazzo will be launched in September, most likely in 2nd or 3rd week of the month.

Also Read: VIDEO: Get A Glimpse Of Action From The 149th Mahindra Great Escape

Here’s an image gallery of the Mahindra Marazzo