Home News Another Day, Another Teaser; See the Harrier Driving Through the Dusty Roads of Jaisalmer

Seems like Tata is not leaving any stone unturned for their upcoming SUV, the Harrier. After putting it through water, testing it brutally, taking it on the Natrax test rack, the carmaker has now hit the dusty roads of Jaisalmer. In another teaser video, Tata showcases the Harrier SUV taking on the dusty trails offered in the desert-like conditions of Jaisalmer. This showcases the Harrier’s capability to bear extreme climatic conditions. Not only the dust and bad roads tested the endurance of the car, but even the AC was calibrated to provide best-in-class cooling taking Indian climate conditions into consideration. Unfortunately, like in all other videos, the car sported a camouflage wrap, hiding the appearance of the SUV. 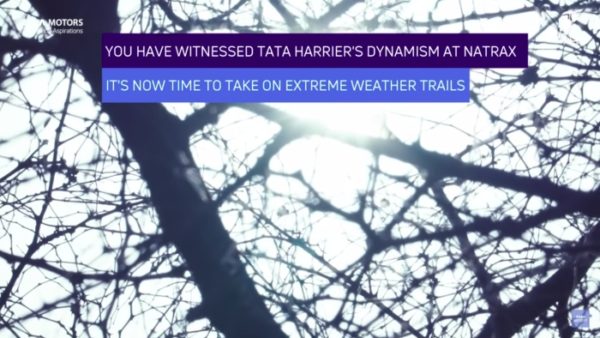 As mentioned above, Tata seems to leave no stone unturned and by the looks of it, the Harrier SUV will be a great product. Based on the Land Rover D8 architecture, also seen on the Discovery Sport, the SUV will be launched in the first month of 2019. Tata has started accepting a booking amount of INR 30,000 for the SUV. The prices will be revealed at the launch of the SUV, however, rumours suggest the SUV will carry an on-road price tag from INR 16 Lakhs to INR 21 Lakhs. 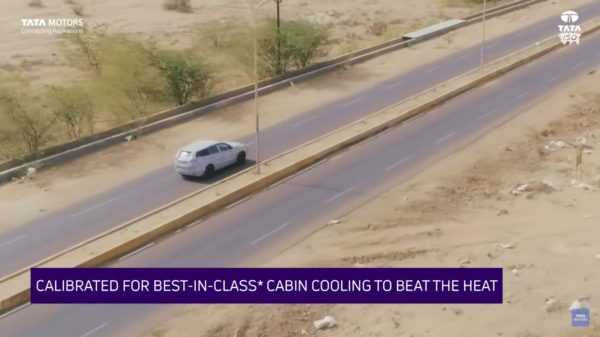 Powering the Harrier SUV is what Tata calls a Kryotec engine, essentially a Fiat-sourced Multijet engine. The engine is expected to deliver 140 hp and 300 Nm of torque. The engine will be paired with a six-speed manual gearbox and an optional Hyundai sourced 6-speed transmission. The Kryotec engine comes with different stages of tuning, suggesting Tata could even offer a sophisticated 4-wheel drive system on the SUV. Once out, this compact SUV will go against the likes of the Hyundai Creta and the Jeep Compass, both of which are established names in the Indian market. Do watch the teaser video linked below.