Recently, Tata Motors announced the brand name for the production spec SUV based on the H5X concept, Tata Harrier. The new SUV will go on sale in the first quarter of 2019.

While the mechanical details are scarce, the upcoming Tata Harrier is expected to use a Fiat sourced 2.0-litre four cylinder engine. While the engine was previously expected to get a nine speed ZF automatic transmission from Fiat Chrysler Automobiles, recent reports suggest otherwise. A new report from Autocar India suggests that the new Tata Harrier will use a six-speed automatic transmission which will be sourced from Hyundai.

The report suggests that the Fiat Chrysler Automobiles source gearbox is too expensive for the Harrier which is aimed to be priced aggressively. Sources reveal that Tata Motors has found a budget alternative in Hyundai’s six-speed torque converter automatic gearbox. The gearbox is already seen on the Hyundai Tucson.

“The Hyundai transmission is well suited to the power and torque characteristics of the 2.0-litre Fiat diesel, and is significantly cheaper than the FCA transmission, so it made more sense for us to use it,” said the source. 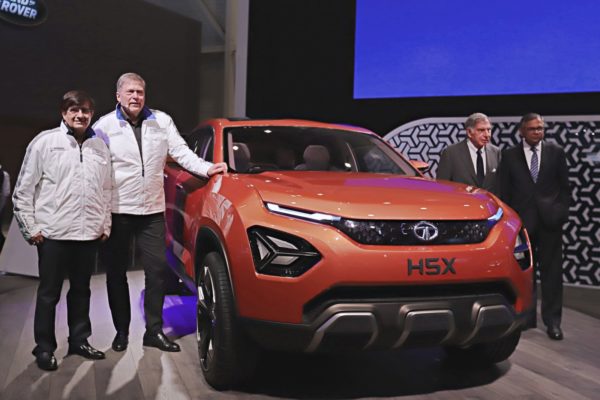 Tata Motors has been aggressively adding automatic transmission to its product range. Recently, Tata Motors added the HyprDrive Self-Shift Gears (AMT) on the mid-variants of the Nexon.

We’ll learn more details as the SUV comes closer to production. Meanwhile, check out a walkaround video of the Tata Harrier (H5X Concept) from the 2018 Auto Expo:

Check out more images of the Tata H5X Concept below: