Lamborghini has been sharing teasers of its upcoming SUV, the Urus, at regular intervals. The Italian marquee has shared teaser videos revealing various drive modes including Sabbia, Neve and Terra. A new video shared by Automobili Lamborghini reveals the Urus in action with the Corsa (Track) drive mode. 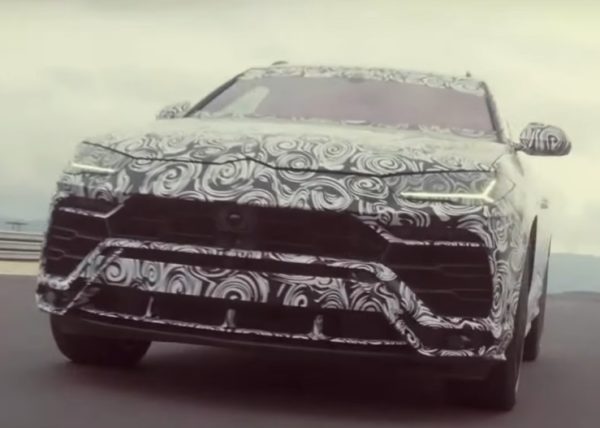 A detailed look at the video reveals a few features of the first SUV from Lamborghini after the LM002 which includes a quick glance at the centre console. This centre console houses two displays divided by a few switches with the screen on the top apparently revealing the design of the Urus, next to the list of the drive modes.

As compared to the concept model showcased a few years ago, the production spec Urus will receive a more aggressive front profile, redesigned headlamp cluster and new alloy wheels. The video also reveals a few other highlights such as the touchscreen controls for the dual zone climate control at the front, a Bang & Olufsen music system, centre console with the signature Lamborghini start-stop button and a drive mode selector.

The folks at Lamborghini were quick enough to realize the error and pulled down the video soon after. The teaser video has, nonetheless, surfaced on a few other channels as you can see towards the end of the article. Coming to the engine, Lamborghini has not revealed the specifications of the Urus although the model is expected to be powered by a 4.0-litre twin-turbo engine capable of producing more than 600 PS of power and 800 Nm of torque. Mated to a dual clutch transmission, power would be sent to all four wheels via an all wheel drive system. The Lamborghini Urus will be revealed on December 4th, 2017. Stay tuned for updates.