Mercedes Benz launched the new fifth generation of the baby merc, as it is affectionately called, in India at a press event in Delhi. The new C-Class features over 6,500 new parts compared to the pre-facelift version and over 50 percent changes from the initial C-Class range. The C-Class has always been a favourite choice of the Indian market due to its perfect amalgam of amazing driving dynamics and state of the art luxury. Offered in three variants, the C 220 d Progressive, the C 220 d Prime and the C 300 d AMG Line the new C-Class will use the new BS-VI compliant the four-cylinder OM 654 diesel engine. While the C 220 d line is offered at dealerships across the country, the C 300 d will be offered in the fourth quarter of this year. 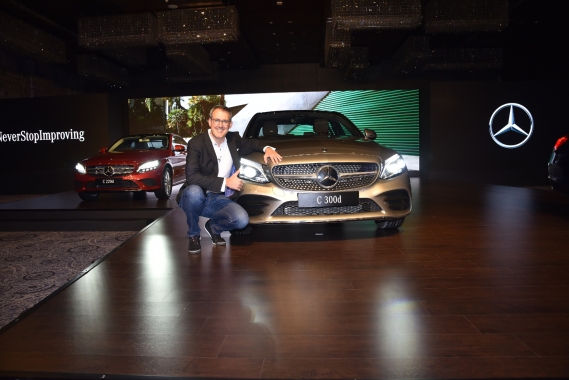 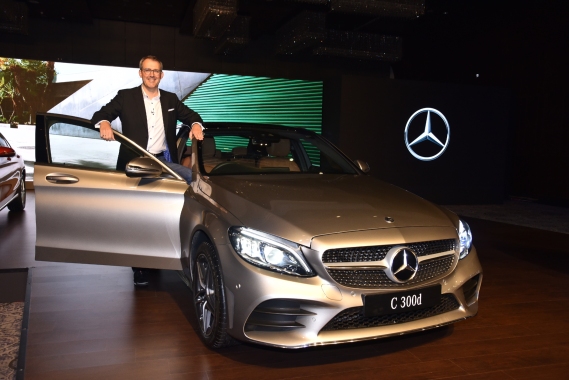 The insides of the C-Class have also been enhanced, the car now gets a new 10.25-inch media display screen and new generation telematics. The C 220 d Prime will also get a 64 colour ambient light system, NGT 5.5 smartphone integration and an open pore walnut wood trim. The top of the line C 300 gets additional equipment which includes multibeam LED headlamps, 18-inch alloy wheels, a new generation flat-bottom steering wheel and two upholstery colour options, Saddle Brown and Black. Prices of the new C-Class are, INR 40.00 Lakhs, INR 44.25 Lakhs and INR 48.50 Lakhs for the 220 d Progressive, the C 220 d Prime and the C 300 d AMG Line respectively. Mercedes will also offer a service package for the new C-Class, the prices for a two-year pack start from INR 72,700. 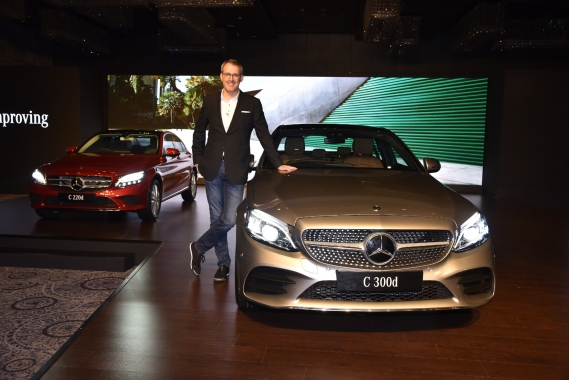 Also Read: Mercedes Benz to Launch the E-Class All Terrain on 28 September

So here is the new C-Class which will compete primarily against the other two German entry-level sedans, the BMW 3-Series, which also may get an update soon and the Audi A4. Do keep watching this space for a detailed review of the baby merc which shall hit the Motoroids garage pretty soon.