Suzuki Motorcycles India unveiled the Burgman Street 125 at the 2018 Auto Expo held earlier this year in Delhi. Recent reports suggested that the new 125cc scooter from Suzuki is likely to be launched in India in the month of June. Now, the Suzuki Burgman Street 125 has been spotted during its TVC shoot, hinting that the launch might be around the corner. 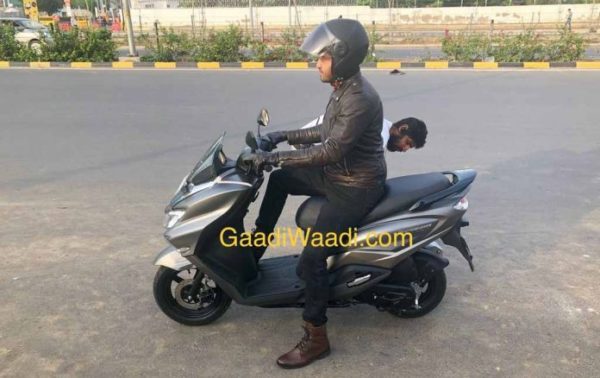 Feature wise, the upcoming Burgman Street 125 from Suzuki will come equipped with an LED headlamp, fully digital instrument console (similar to the Gixxer 155 and Intruder), disc brake at the front and drum brake at the rear, 12V charging port, telescopic forks at the front and a hydraulic unit at the rear as well as alloy wheels wrapped in tubeless tyres. 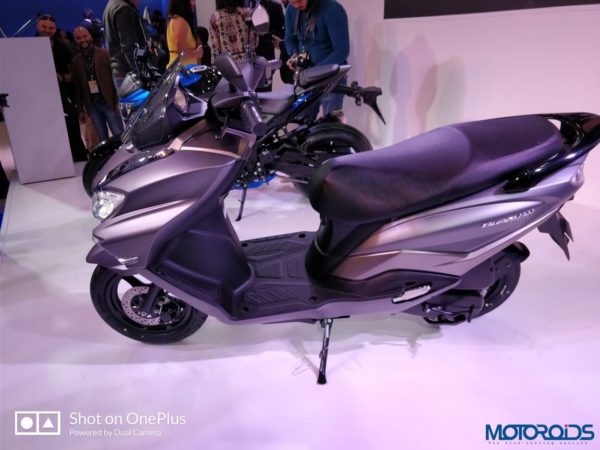 Expect the 2018 Suzuki Burgman Street 125 to arrive with a price tag of approximately INR 60,000-65,000 (ex-showroom). Once launched, the 125cc scooter will rival the likes of the TVS Ntorq and the Honda Grazia 125. A launch date is likely to be announced soon. Stay tuned for updates.