We’re just back from Bajaj’s Chakan plant after a brief date with the 2017 Pulsar range. The updates mainly include BSIV emission norm compliance which has been achieved through minor updates to the engine and the exhaust system. We rode as many as six new Pulsars today and you’d soon hear more about them in the upcoming ride reports. Here, we’d talk about the new 2017 Bajaj Pulsar RS200. 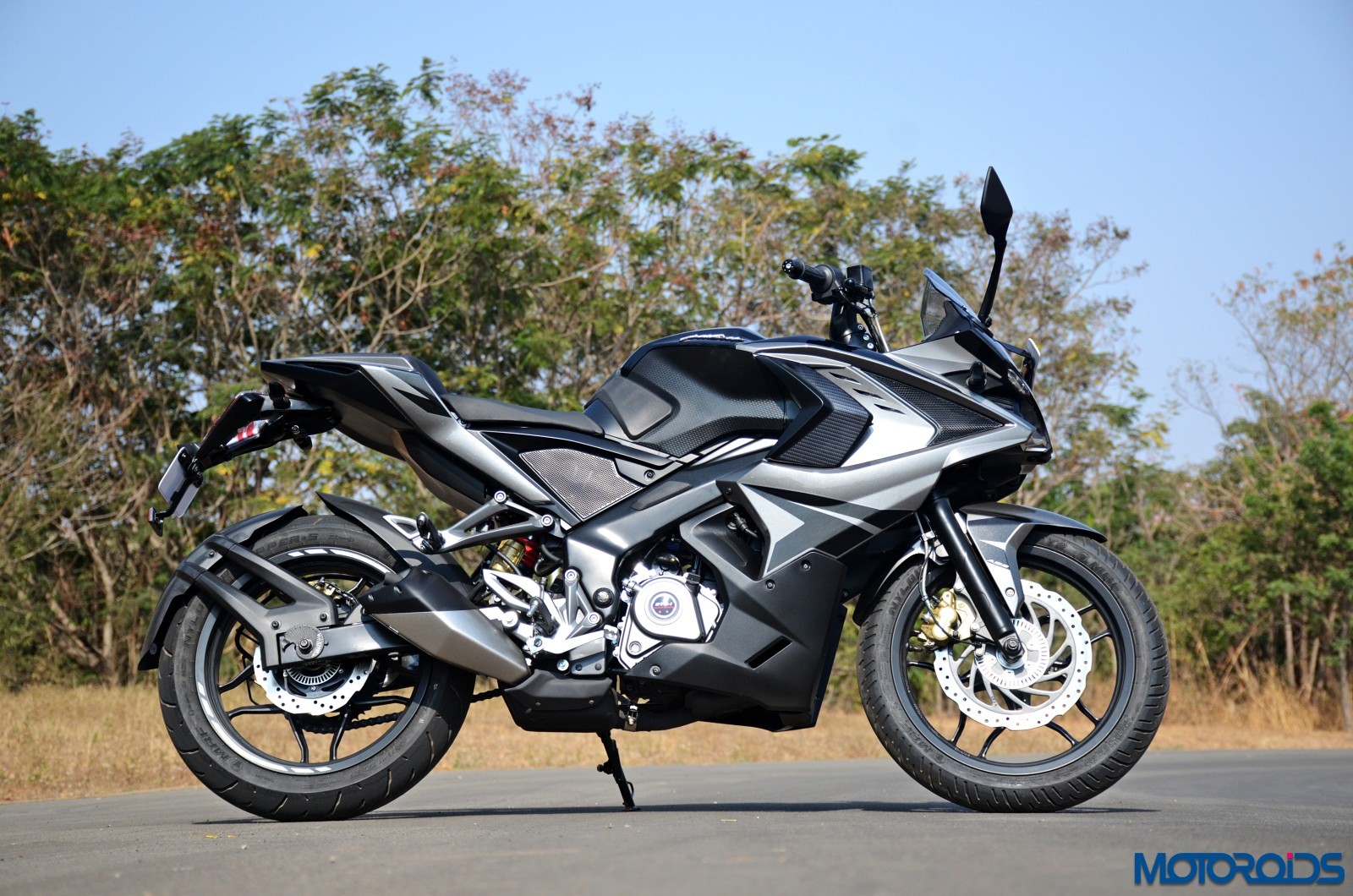 Let us run you through the numbers before we go further. The new Bajaj RS200 continues to feature the 199.5cc single-cylinder, liquid cooled 4-valve, DTS-i, fuel injected engine which continues to deliver 24.5 PS of power at 9750 rpm and 18.6 Nm of torque at 8000 revs. The BSIV compliant version comes equipped with additional catalytic converter components. The bike, in order to comply with BS IV norms, now features EVAP system which reduces fuel losses due to evaporation. We’d tell you how exactly does the EVAP system work in a bit. The motorcycle also incorporates SAI (secondary air induction) for cleaner exhaust canister emissions. 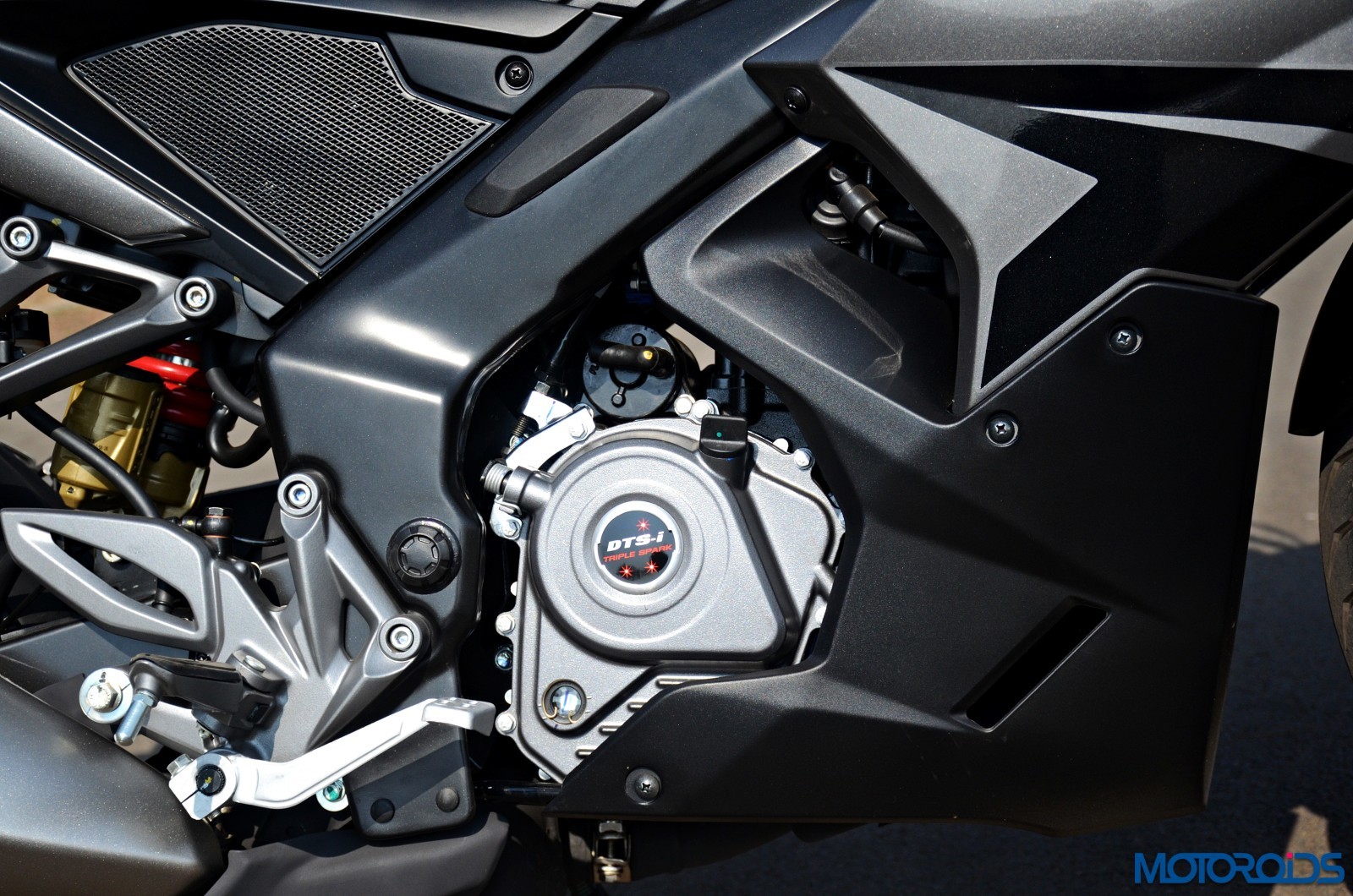 Apart from the changes to the motor, the new RS200 features All-time Headlight On (AHO) which, as the name suggests, gives an all time running headlight (low beam). So the space in the switchgear, which was reserved for the headlight button, is found vacant now. 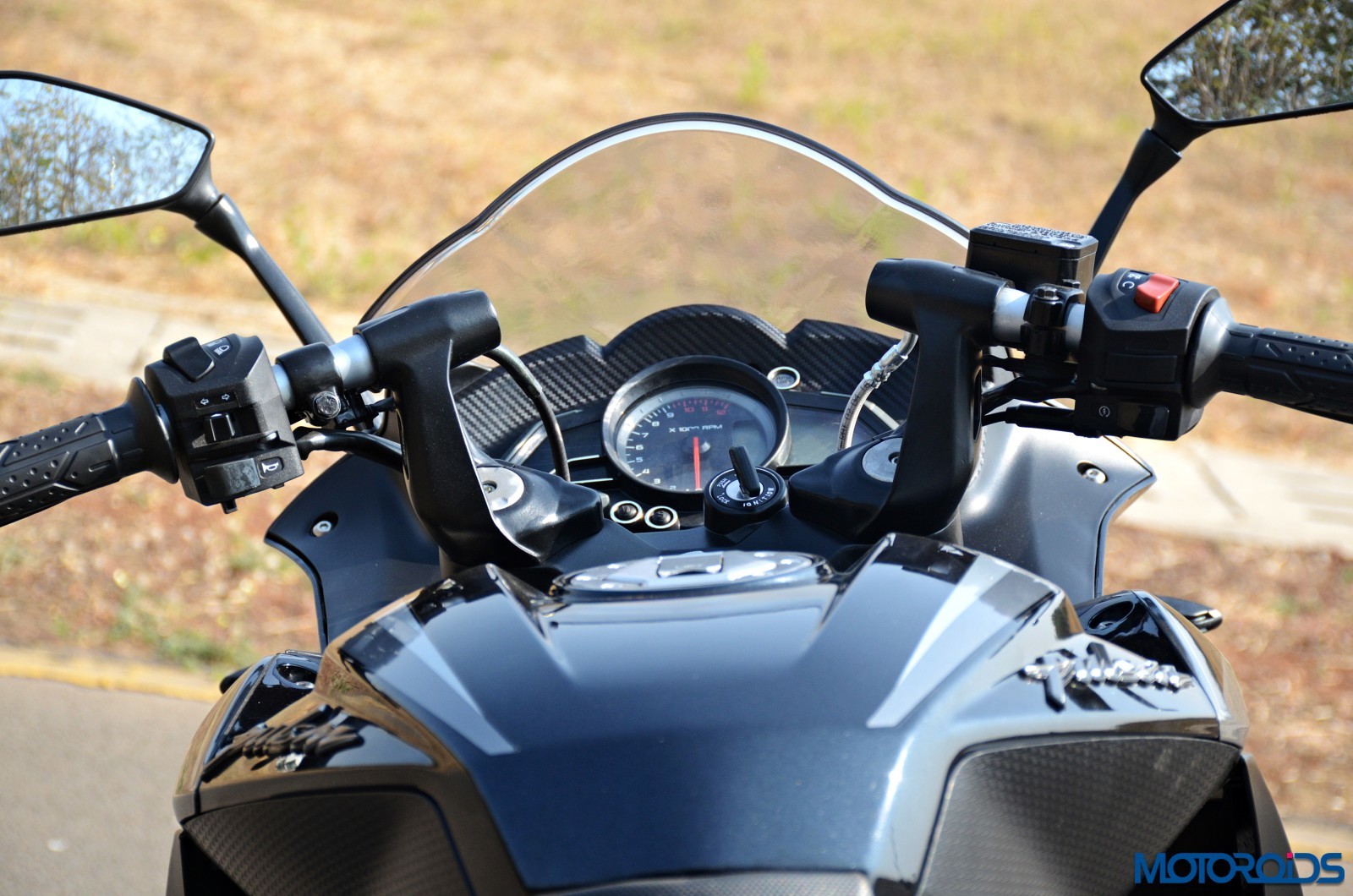 Let’s get back to the technical bits. The Evaporative Control or the EVAP system captures raw fuel in a charcoal canister which otherwise would’ve been lost into the atmosphere. The system, depending on various factors, flushes out the captured fuel vapors into the combustion process, thus reducing the loss of petrol and, in turn, improving the economy. 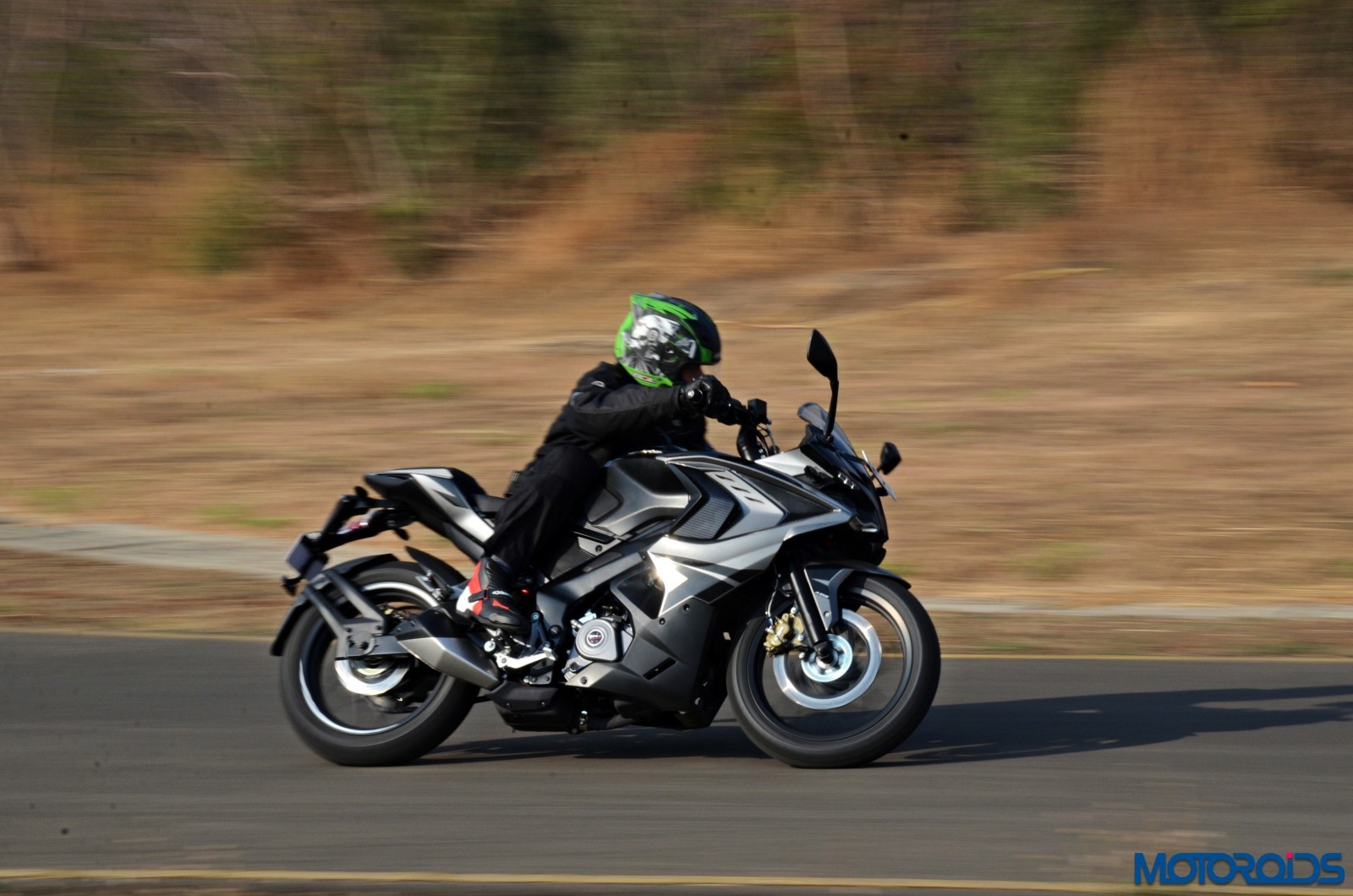 The RS200 has also undergone some visual upgrades. The original colour scheme, as reported by customers, was too flashy and needed to be toned down. Understanding the feedback, Bajaj overhauled the graphics and paint scheme which makes the RS200 look relatively subtle. The colours now match the contours which has improved the visuals to a fair bit. There are still quite a lot of things going on with the design but the new colour palette has toned down the original flashy aesthetics. 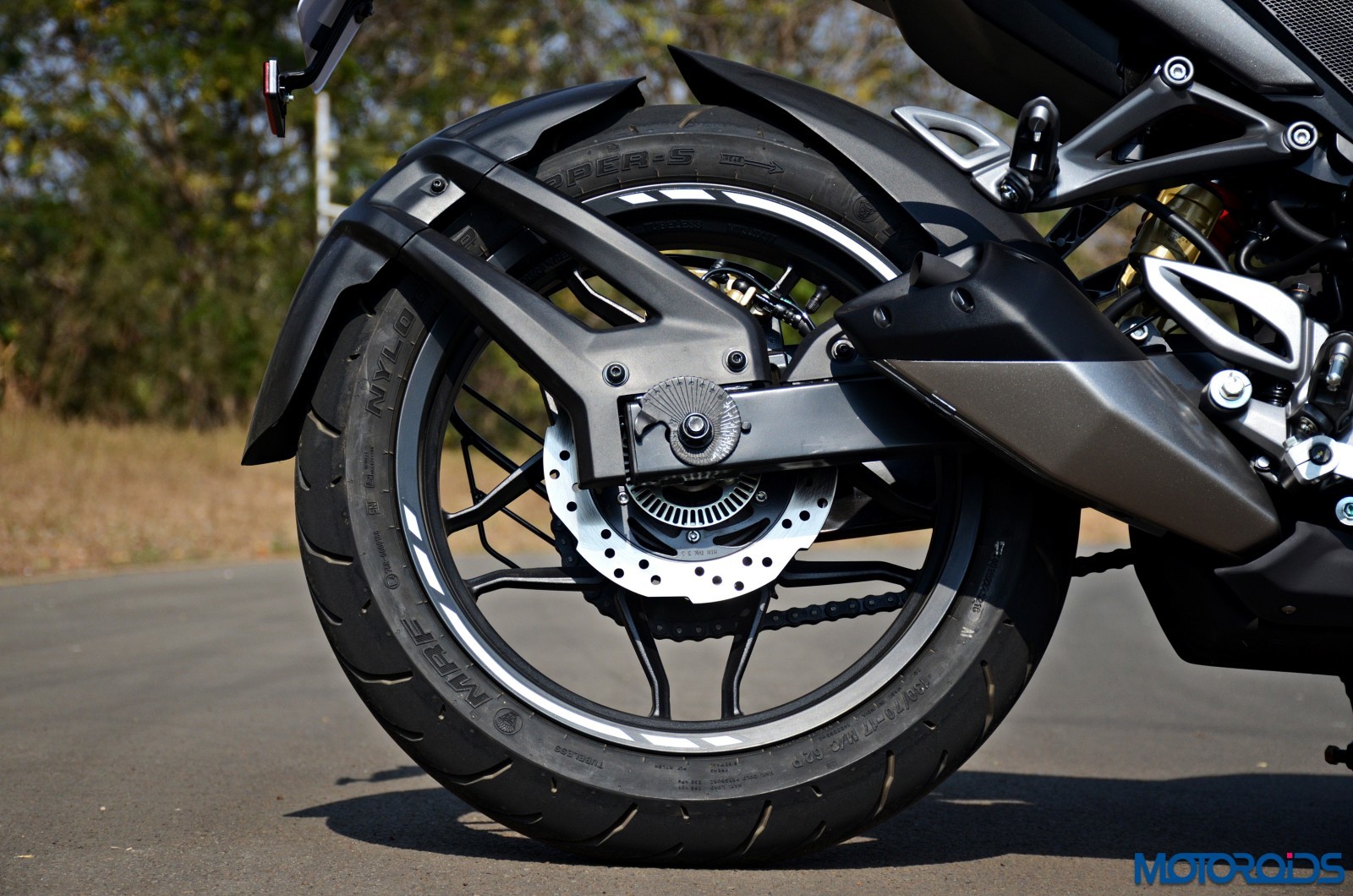 The new 2017 Pulsar RS200 is available in 2 colors options, Racing Blue and Graphite Black. We personally like the Graphite Black which, incidentally, was the colour of our test bike as it looks subtle, yet beautiful.

Keeping an eye on the traffic behind you is easier too as the model now features wider rear view mirrors. Another addition, which is seen through the Pulsar range (except the 200NS) is the carbon fibre texture on the instrument cluster surrounds which, in our opinion, looks pretty neat. 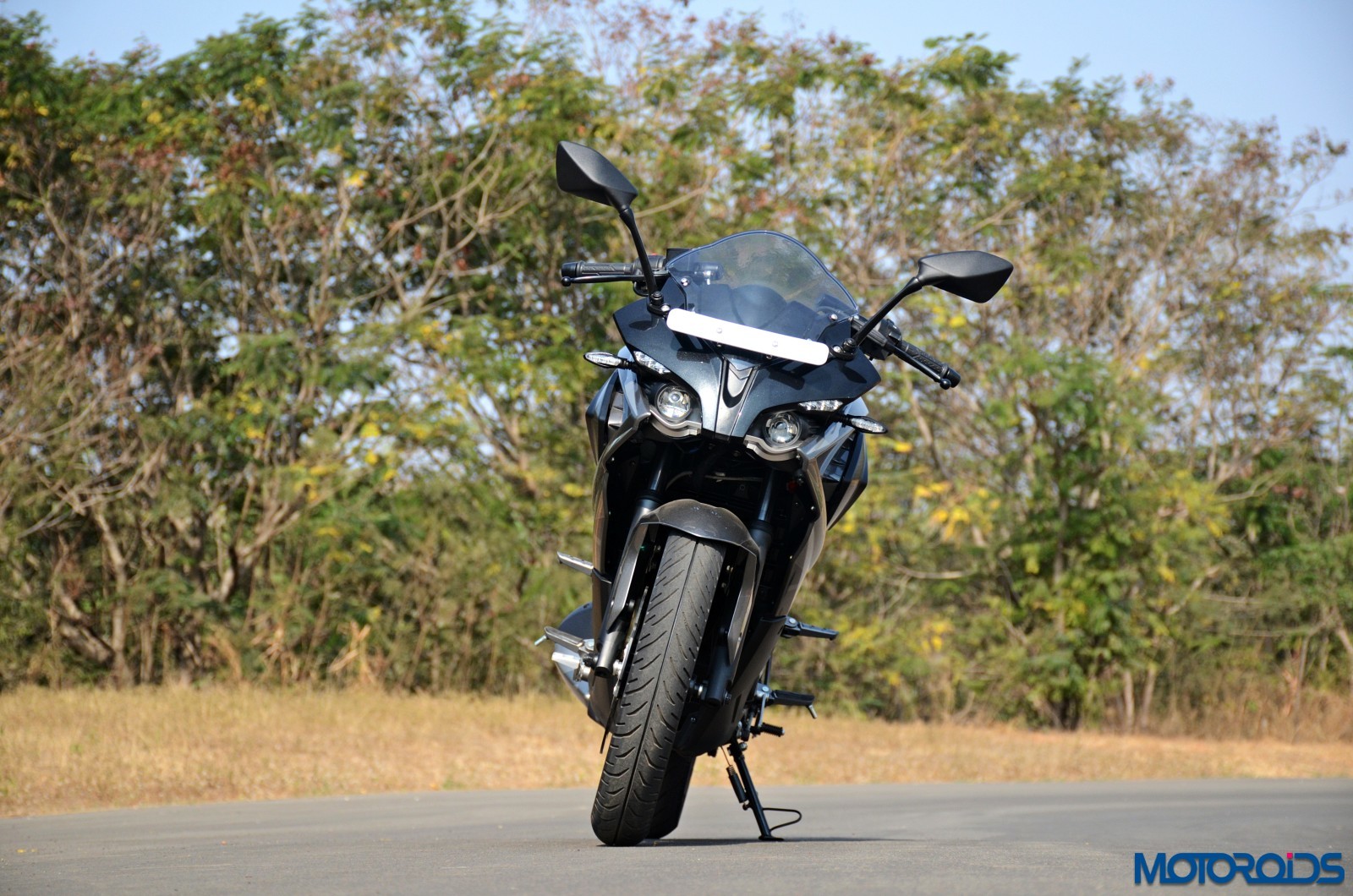 How much does the new version cost?

With the new upgrades, the new Pulsar Rs200 costs about INR 3,000 over the previous iteration. So while the standard version costs INR 1.21 lakh (vs INR 1.18 lakh), the ABS equipped model comes at INR 1.33 lakh (vs 1.30 lakh) — all prices are ex-showroom Delhi. To be honest, the Pulsar RS200 does not really have a direct competitor and is not likely to be bothered in the fully faired 200 cc segment in the near future. 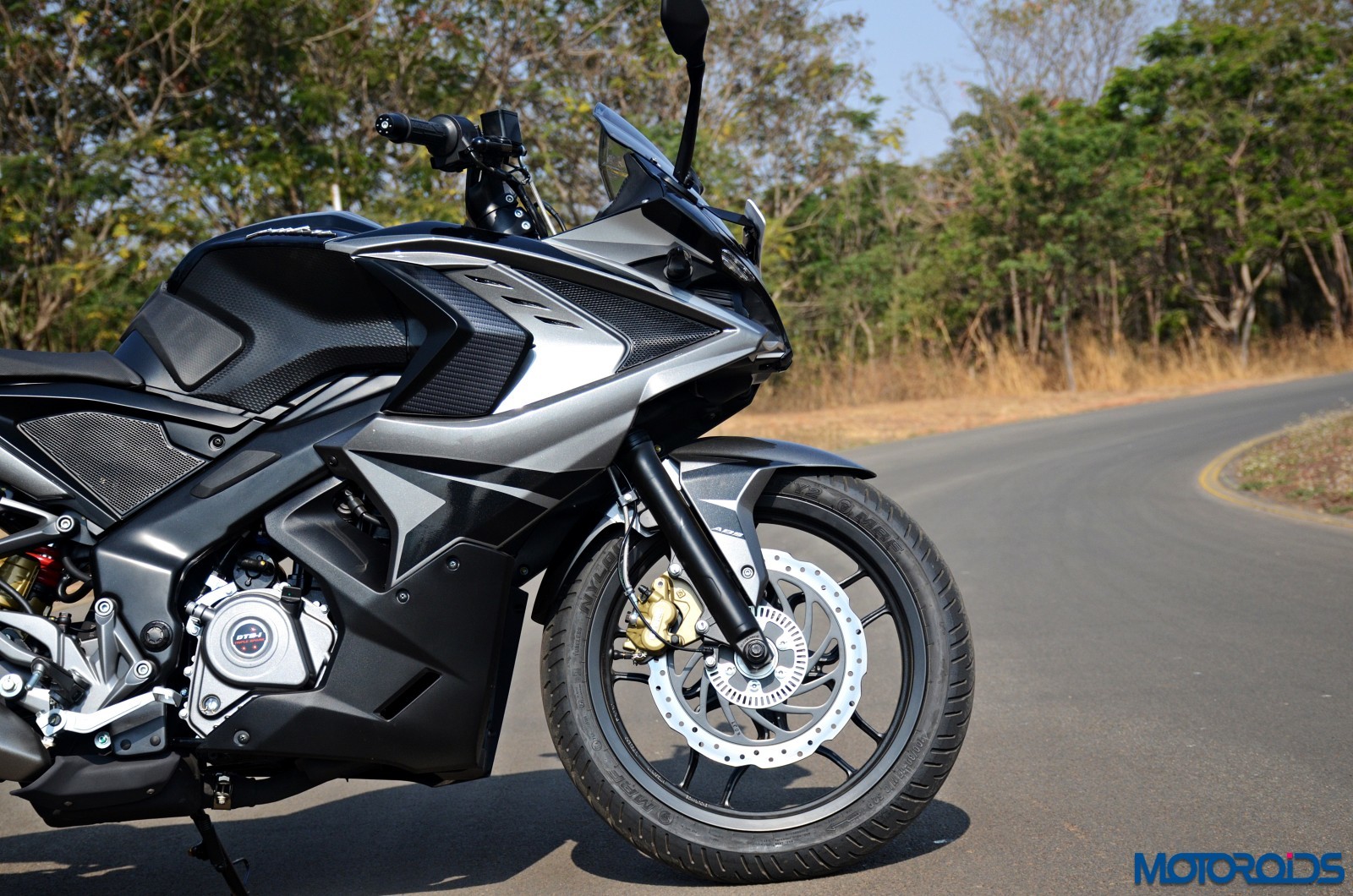 How does it perform? As aforementioned, there are no difference in terms of performance, ride and handling compared to the previous iteration. You can check out our detailed review of the RS200 by clicking here.

Here is the complete detailed image gallery of the new 2017 Bajaj Pulsar RS200 below: