The Bajaj Pulsar 180 DTS-i has been around for quite some time now and has received its fair share of updates since its debut over a decade ago. The motorcycle essentially fills the space between the Pulsar 150 DTS-i and the Pulsar 220 DTS-i for the two-wheeler maker and has been doing fairly okay in the segment. Bajaj is cashing on the brand before it (hopefully) completely overhauls the Pulsar 180 DTS-i in a couple of years. While the next generation model is still some time away, in its latest 2017 iteration, the Bajaj Pulsar 180 DTS-i comes equipped with features such as a BSIV compliant engine, Auto Headlamp ON (AHO) feature, and a new rear disc brake to name a few. The engine, besides being BSIV compliant, isn’t any different from the BSIII variant. Here’s what’s new on the 2017 Bajaj Pulsar 180 DTS-i. 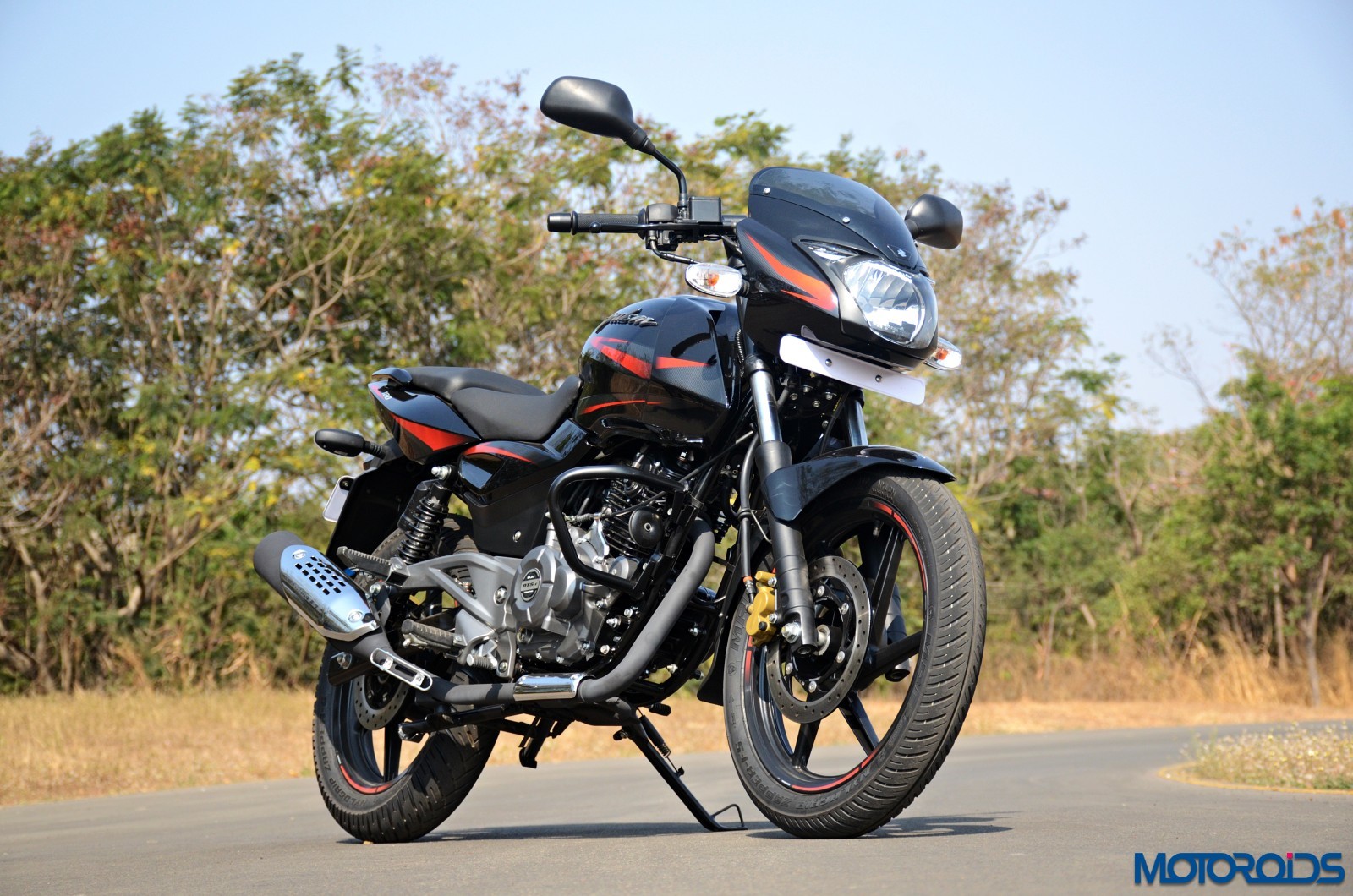 The Pulsar 180 DTS-i, which made its debut as the Pulsar 180 over a decade ago, has come a long way. It is propelled by a 178.6cc single cylinder DTS-i engine which dishes out 17 PS of power at 8500 rpm and 14.2 Nm of torque at 6,500 rpm. Are those the class leading numbers? We’ll get back to that in a bit. Meanwhile, despite such promising numbers, the Pulsar 180 DTS-i lacked the braking power at the rear which up until now used a drum setup. But 2017 has brought some good news for Pulsar fans. In its latest iteration, as aforementioned, the new Pulsar 180 DTS-i features a perforated rear disc brake which is aimed to enhance the feedback from the rear. 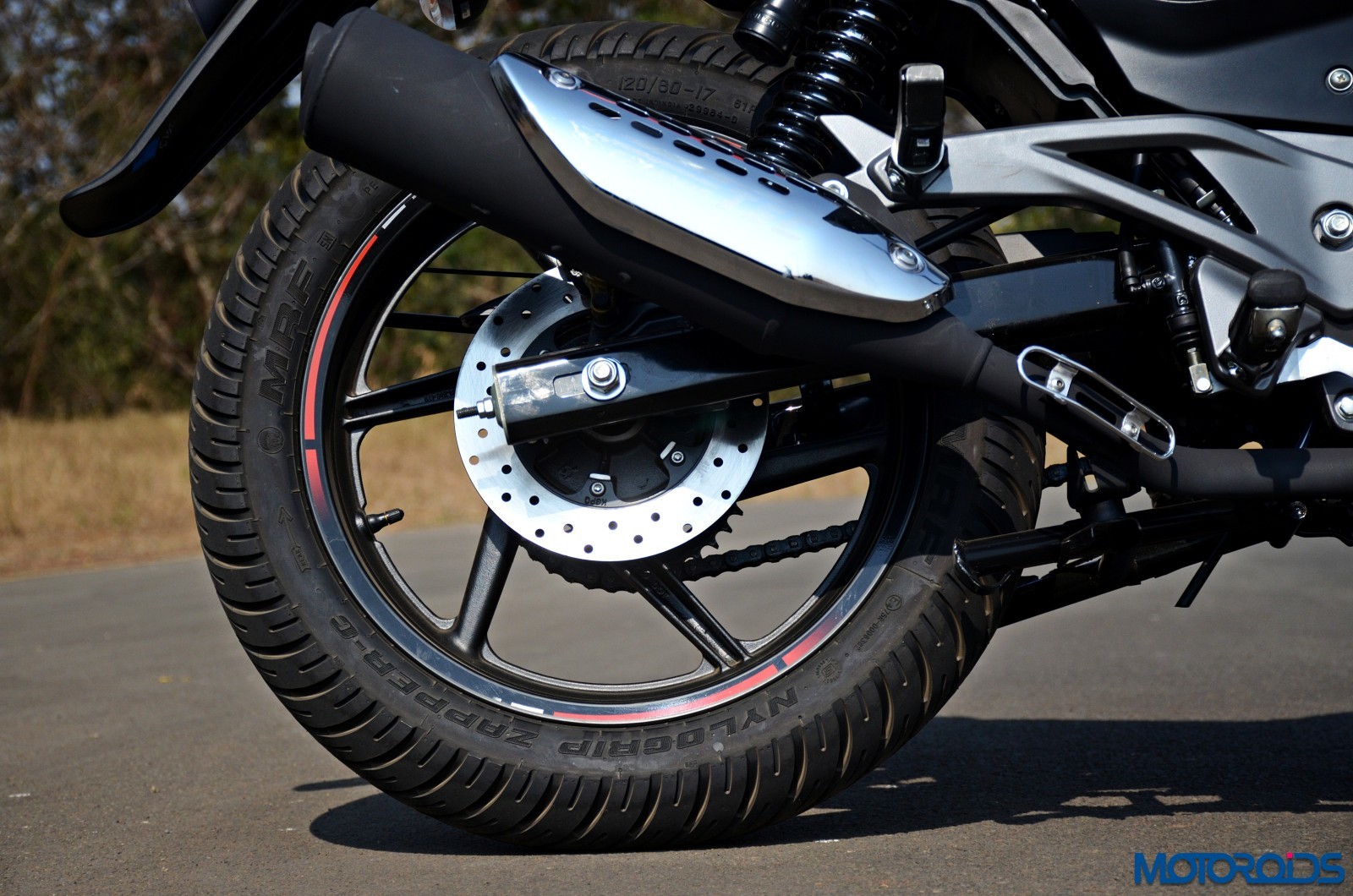 Then there is that new, BSIV emission norms compliant engine. The BSIV compliant version comes equipped with additional catalytic converter components. The bike, in order to comply with BS IV norms, now features Evaporative Control or the EVAP system which is aimed to reduce fuel losses due to evaporation. It also features Secondary Air Induction for cleaner tailpipe emissions. The EVAP system is targeted to capture evaporated raw fuel in a charcoal canister which otherwise would’ve been lost into the air. The system flushes out the captured fuel vapors into the combustion process, thus reducing the loss of petrol and, in turn, improving the economy. 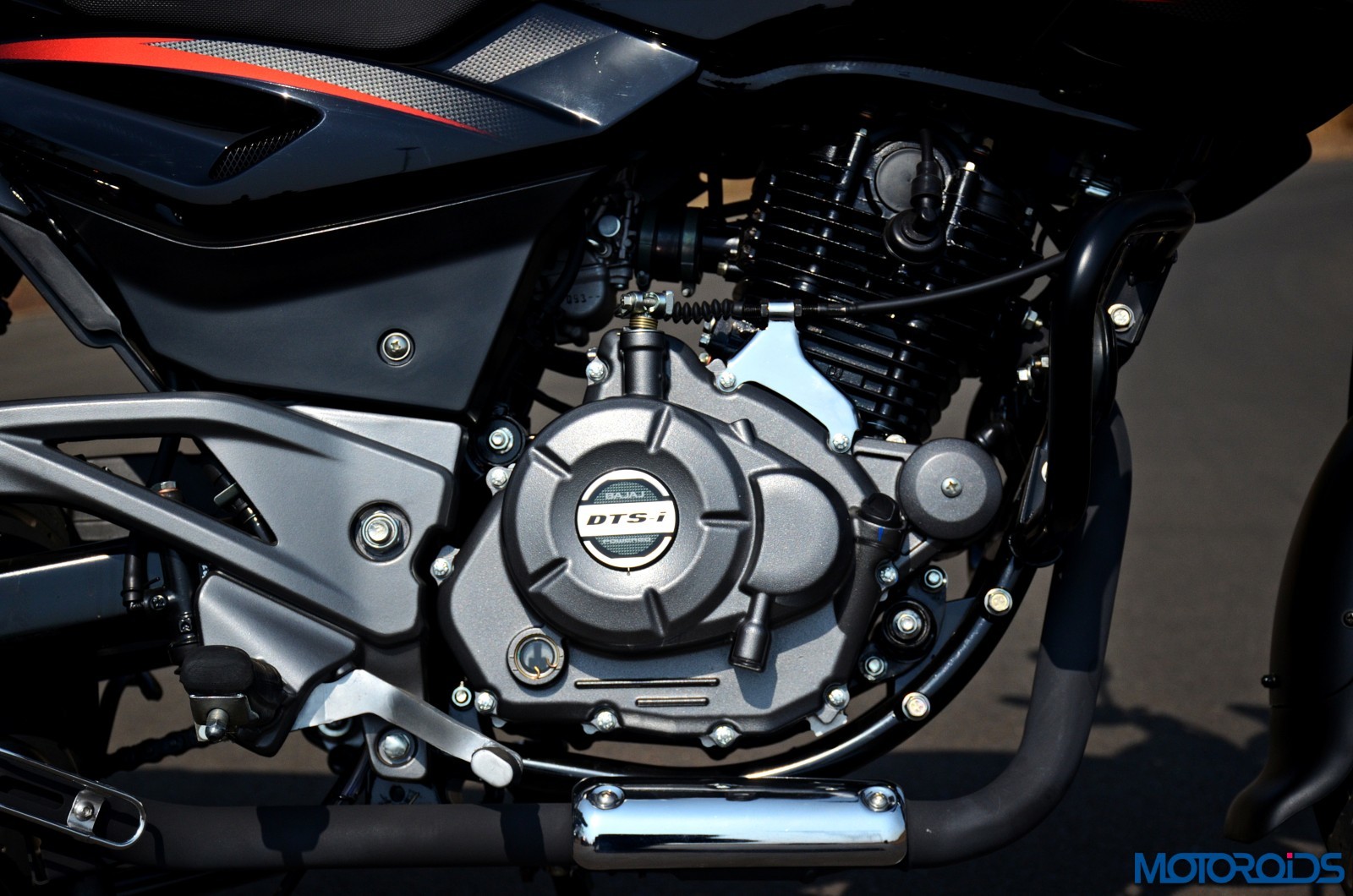 The new Pulsar 180 DTS-i also features All-time Headlight On (AHO) which is set to become a norm from April 2017. The feature, as the name suggests, is an all time running headlight which runs on low beam by default. 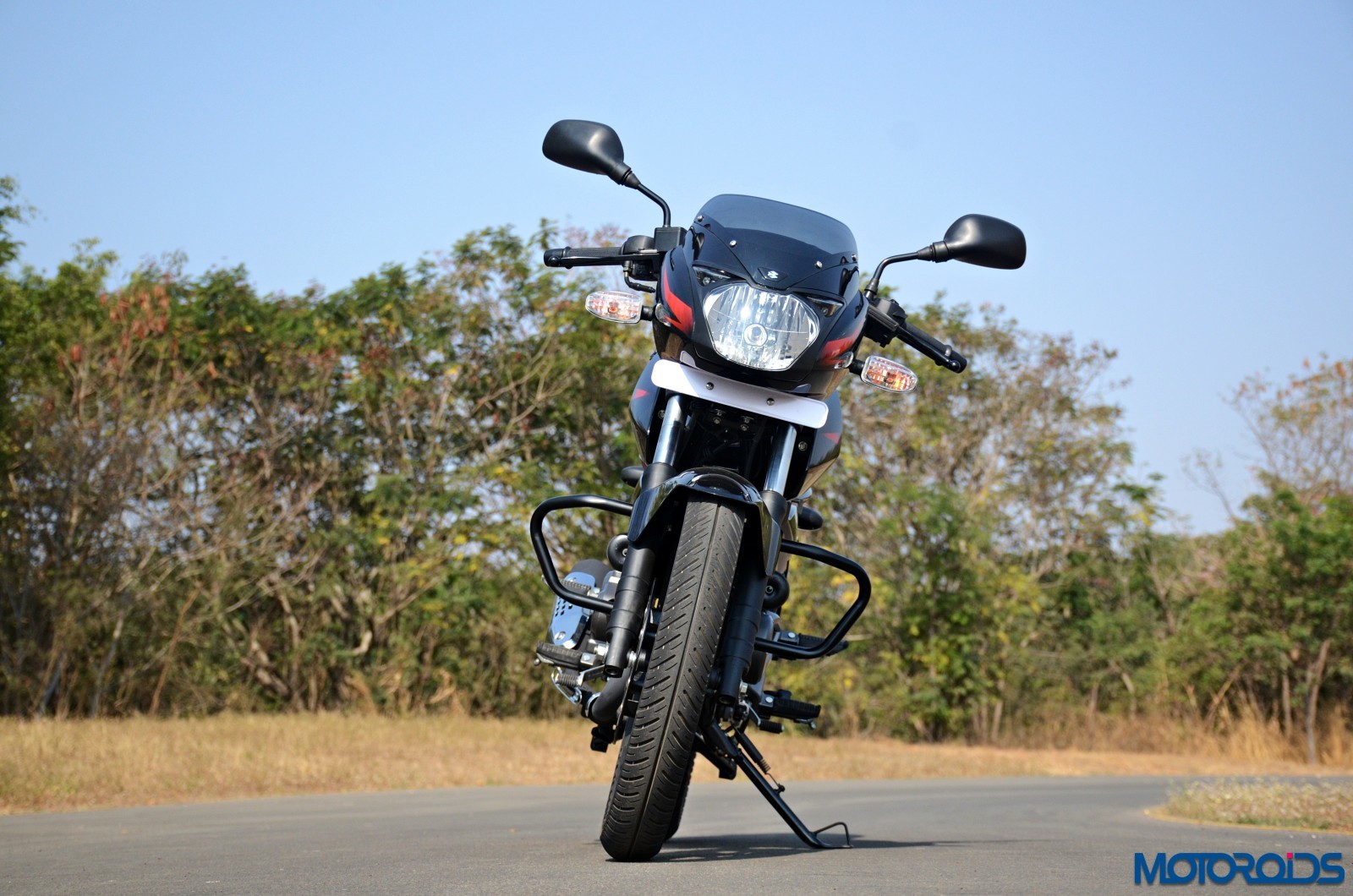 That’s it with the mechanical upgrades. What’s new visually?

Akin to the Pulsar range, the 180 DTS-i features new colour palette and graphics, which Bajaj calls Laser Edged. There are no lasers involved and it’s more of a marketing strategy to capture more attention. The new graphics, in contrasting shade, can be seen on the headlamp mask, fuel tank and on side and rear panels. The design theme is carried on to the wheels too. The black exhaust canister adds to the sinister look of the new 2017 model and the motorcycle looks good for another year or two of sales before it gets another upgrade, or a complete overhaul. 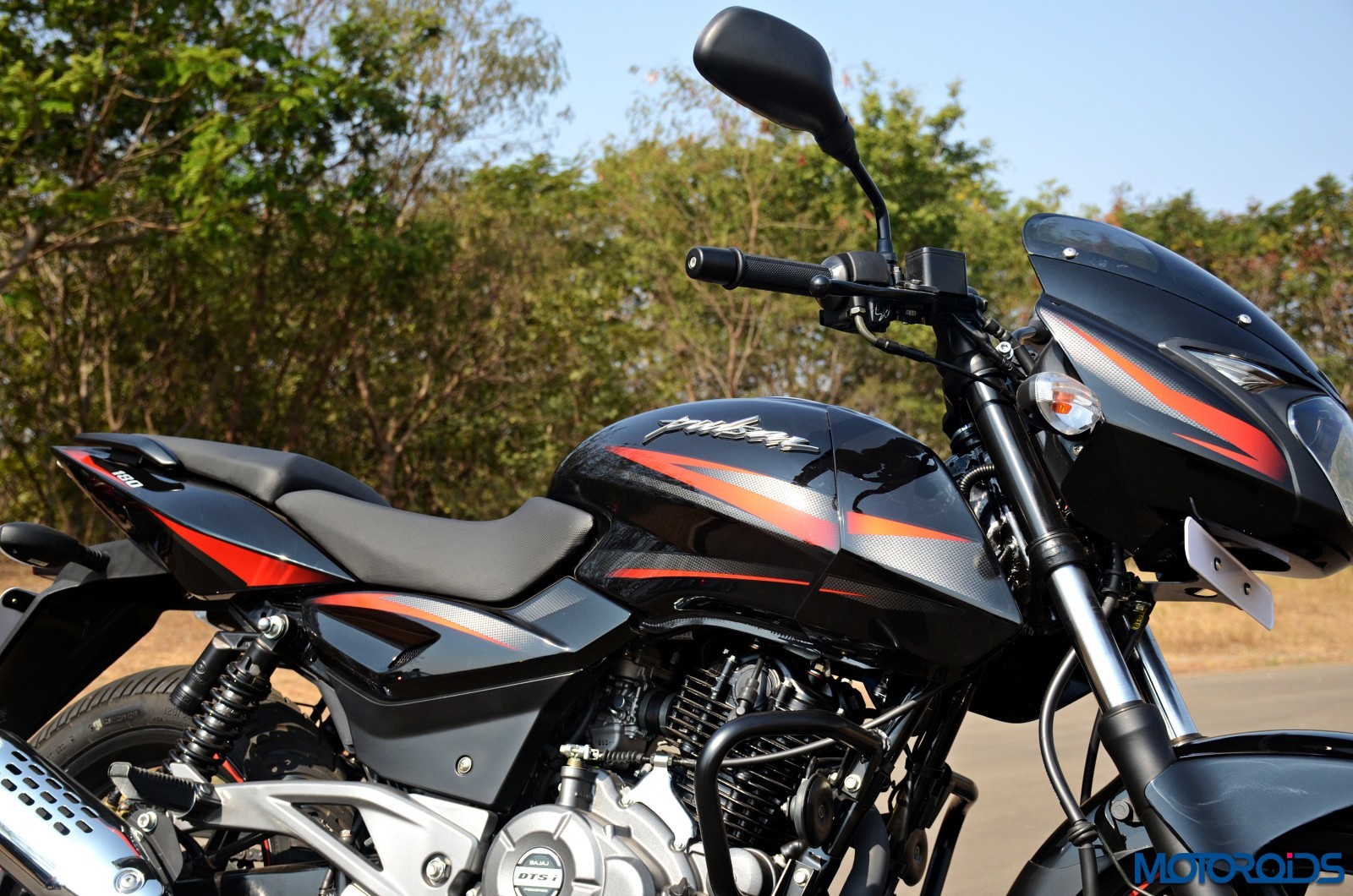 Other visual highlights include the carbon fibre mimicking instrument cluster surrounds and different contouring for pillion seat. The instrument cluster surrounds, similar to the other Pulsar models, gets carbon fibre texture which adds to the aesthetics of the motorcycle. Another noticeable highlight is the pillion seat design which gets a redesigned contouring which definitely grabs attention. The same design can also be seen on the new 2017 Pulsar 220 DTS-i. 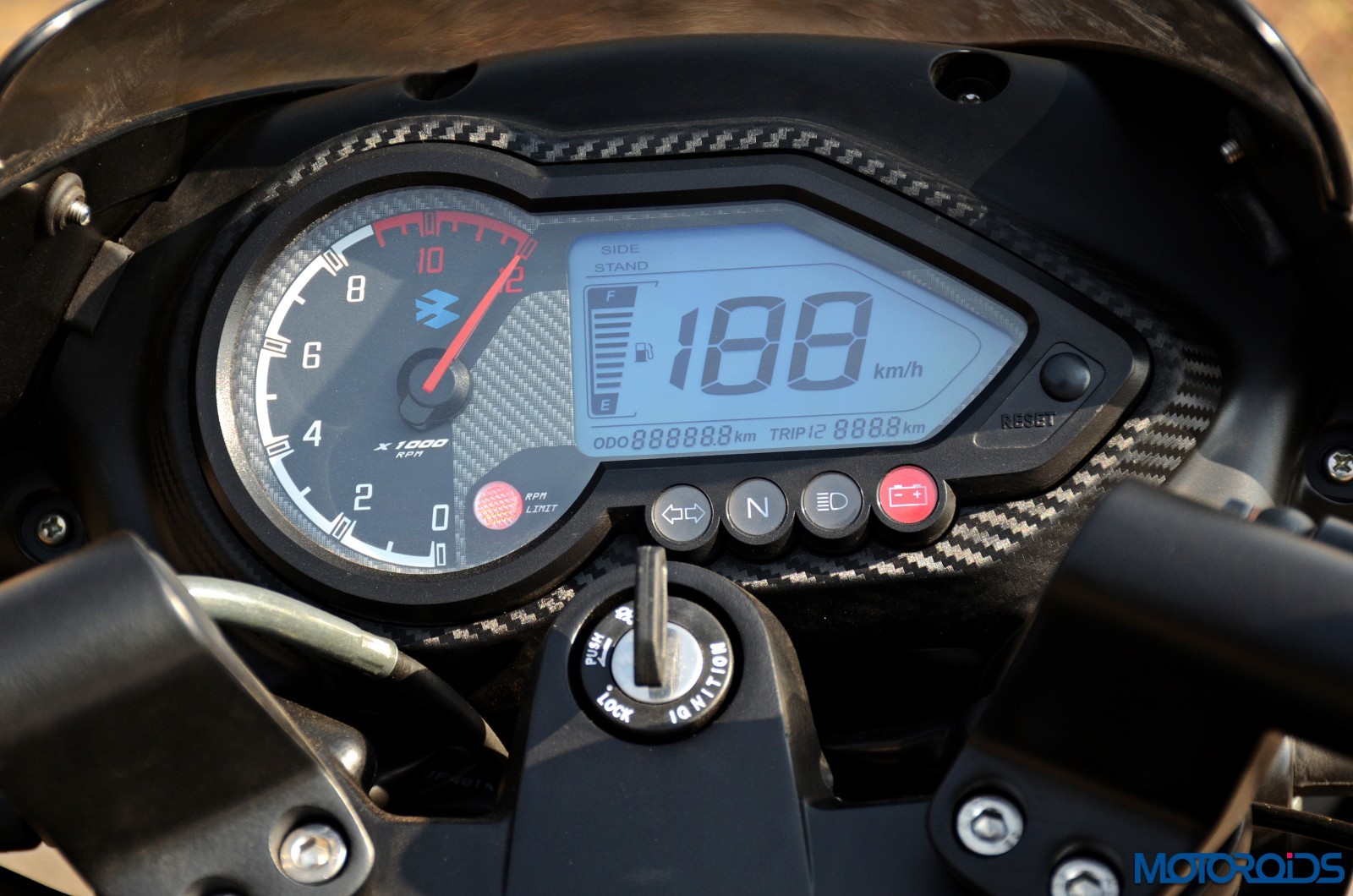 Is it the best motorcycle in the 180cc segment? 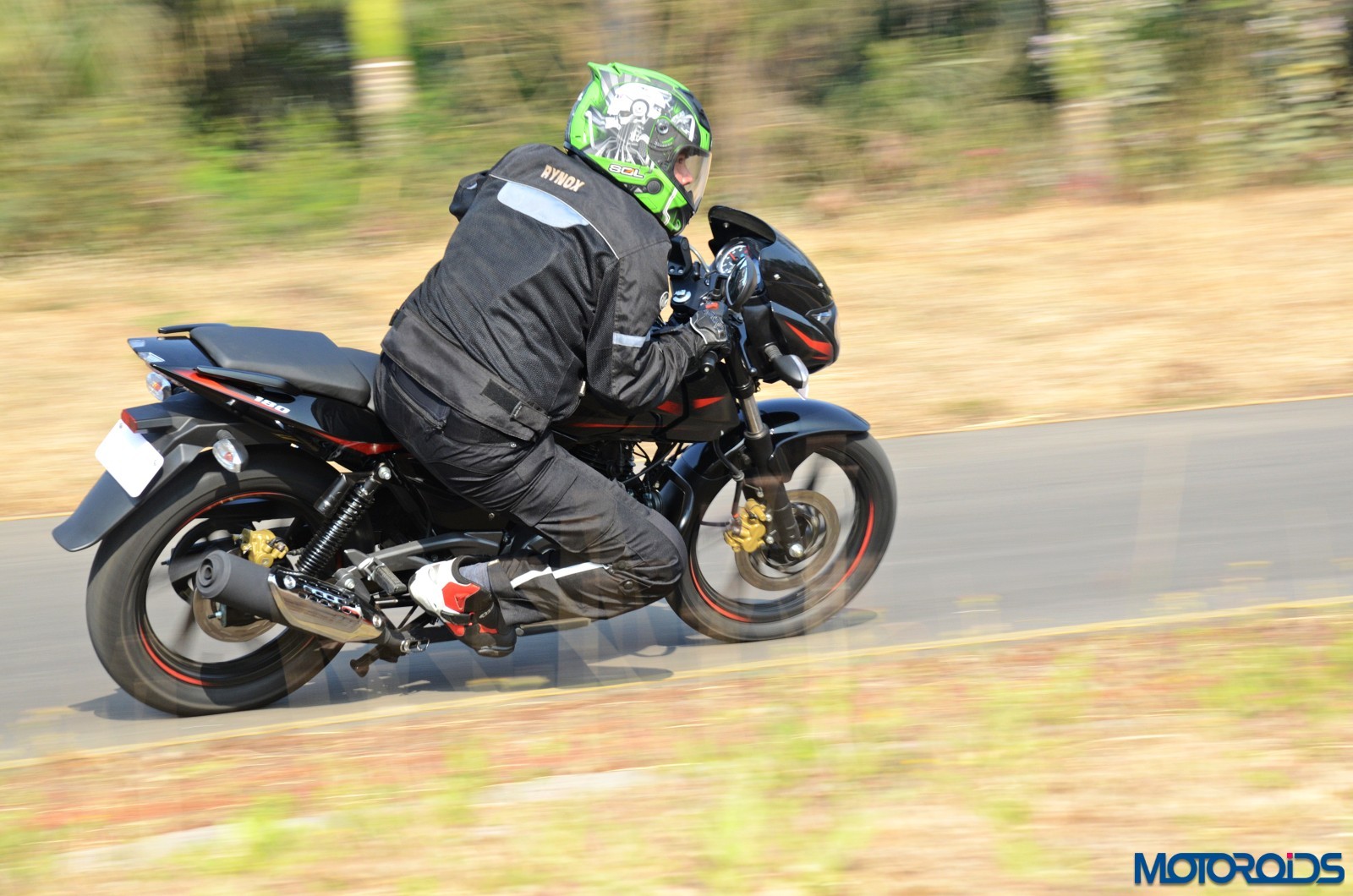 Why should you buy it?

It’s one motorcycle for die-hard Pulsar fans, folks who swear by the brand. The 180 DTS-i has always stayed away from the limelight and appealed to people who desire form, function, performance and value from the Pulsar badge. With the punch and refinement from the engine clubbed with the price (INR 79,545 – ex-showroom) makes a decent case for the Pulsar 180 DTS-i.