Bajaj Auto has just announced the return of one of its most revered recent motorcycles which went missing all of a sudden. The Pulsar 200NS streetfighter, which took the credit for reincarnating the Pulsar brand with a modern design and more finesse, has made a dashing comeback. And this time it’s here for good, or at least we’re told so. We sampled the entire 2017 Pulsar line-up at Bajaj Auto’s Chakan plant in a rather hurried schedule today, and the Pulsar NS200 was a part of the test machines. Here’s what you need to know about the much missed 200. 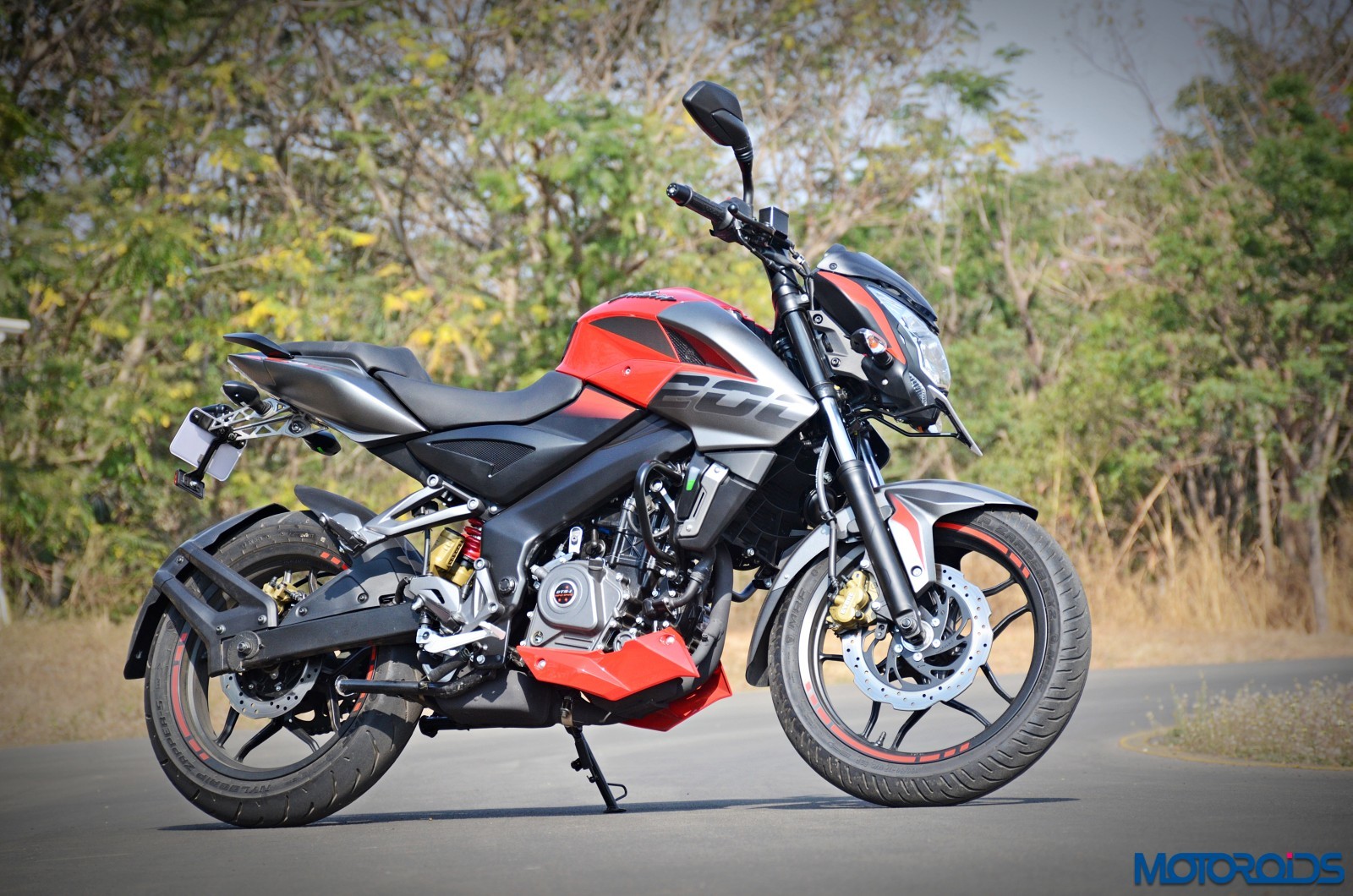 In its comeback avatar, the 200NS is BSIV compliant and gets mildly heavier (1-2 kg) owing to the additional catalytic converter components. The bike, in order to comply with BS IV now features EVAP which reduces fuel losses due to evaporation and also incorporates SAI (secondary air induction) for cleaner tailpipe emissions.

Bajaj has worked towards the refinement of the motorcycle and the graphics and some panels on the bike are new as well. To start off, the colour scheme on the new Pulsar 200NS has been overhauled and is now aimed to look subtler, more international and classier. 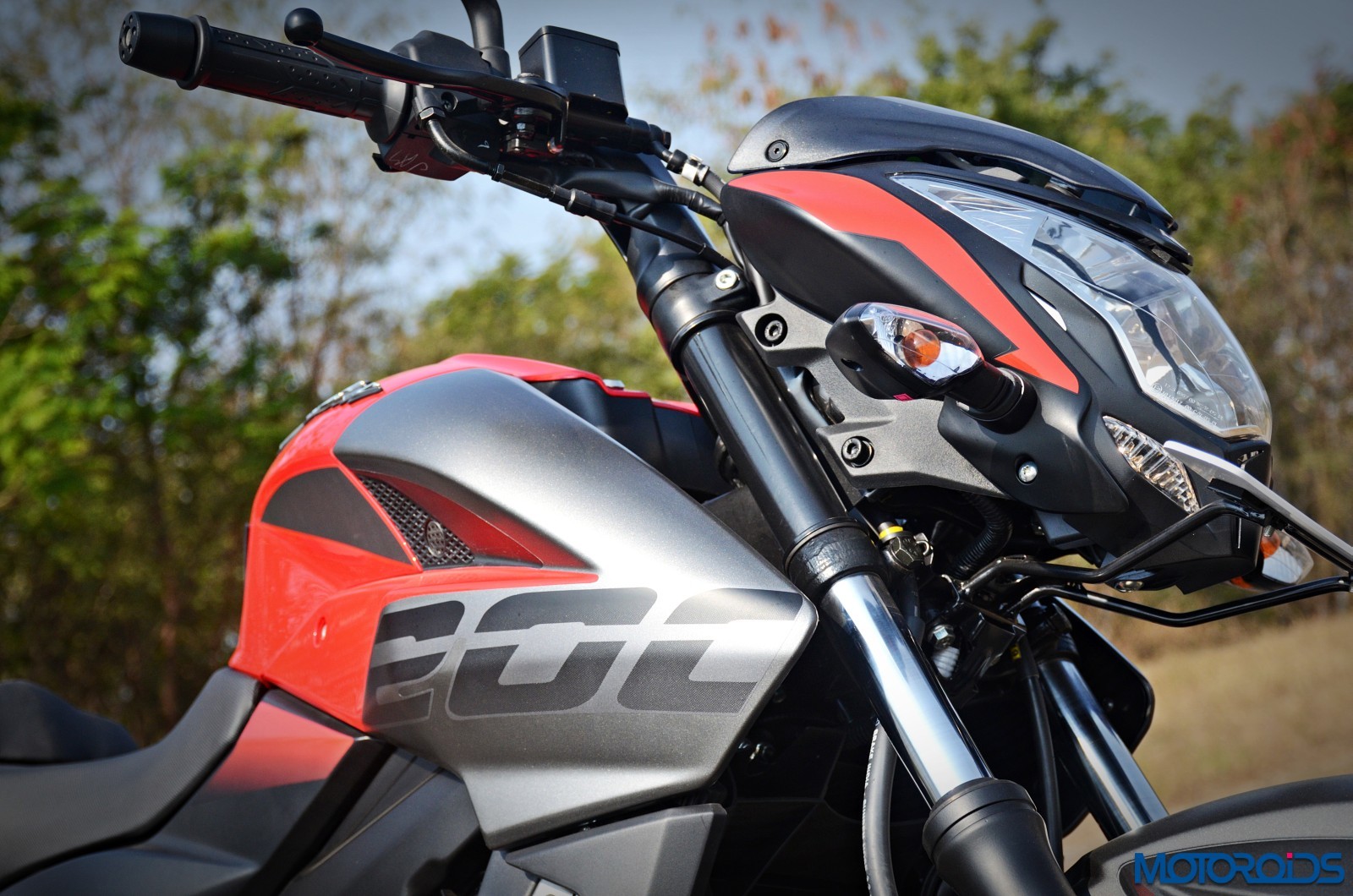 A prominent addition is the pronounced 200 graphic on the tank shrouds. 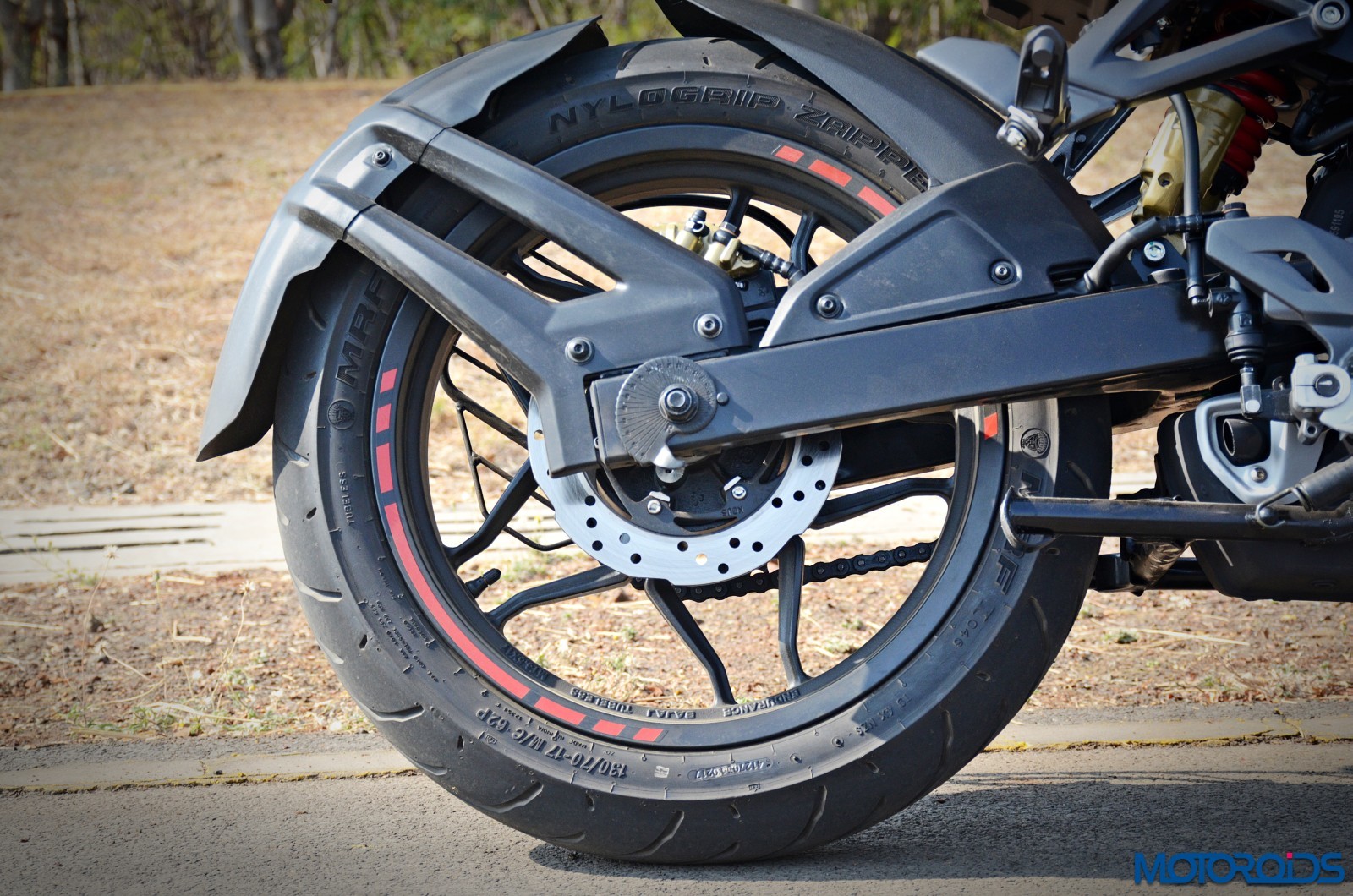 The wheels, as on all the 2017 Pulsar models come with partial pin striping at both ends. 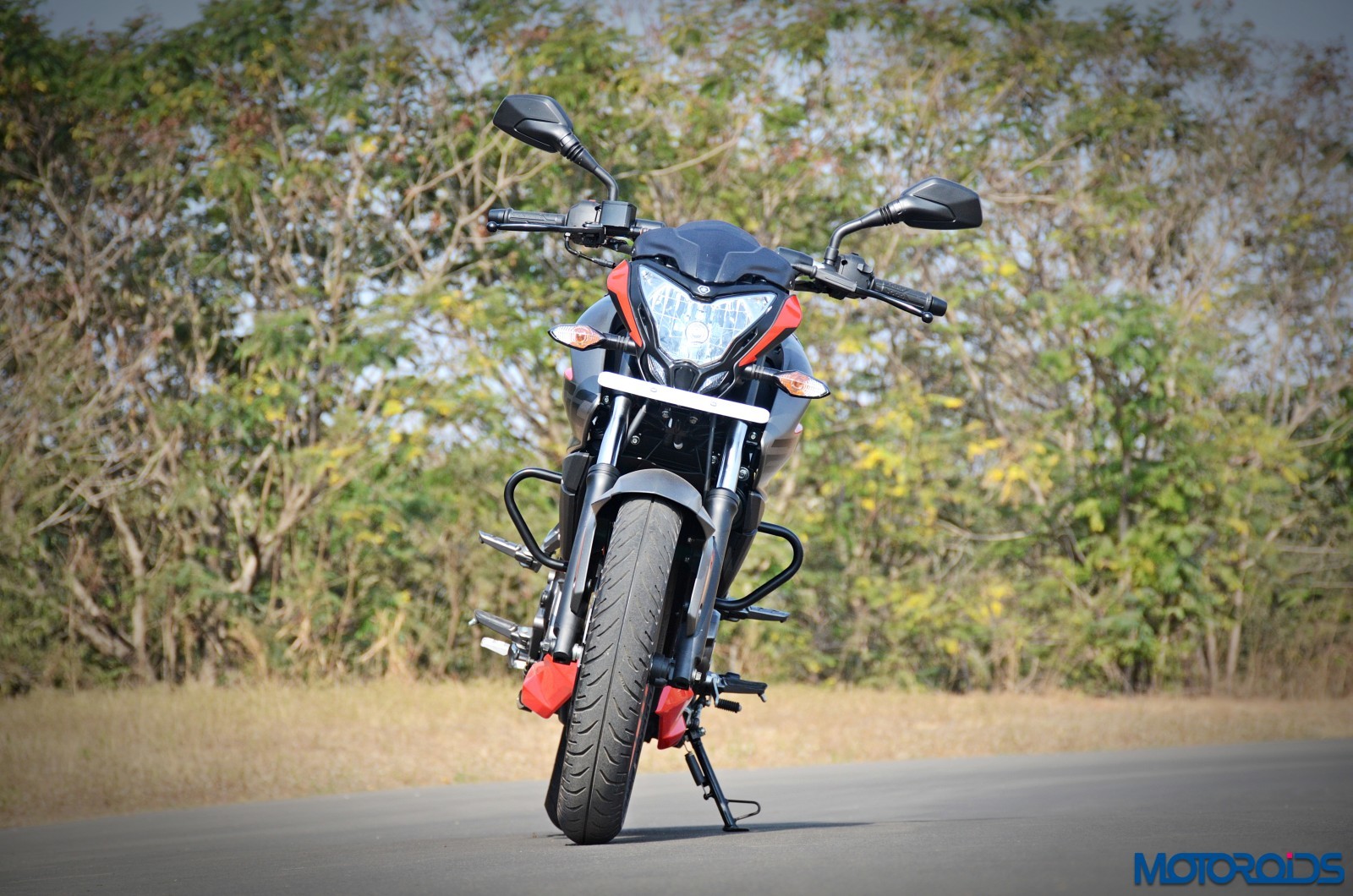 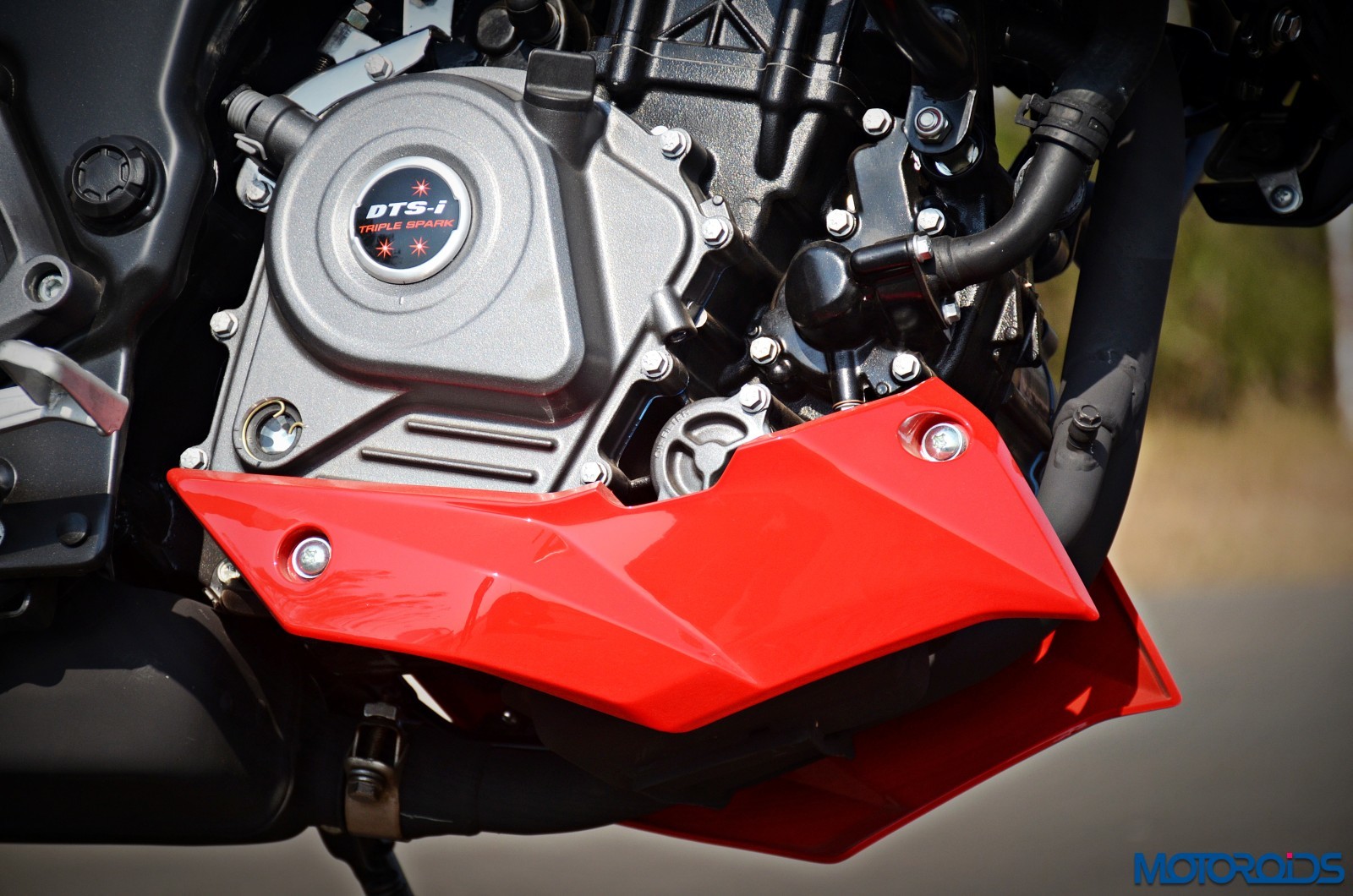 Another all new addition is the belly pan, which has been added to ‘complete’ the look of the machine. 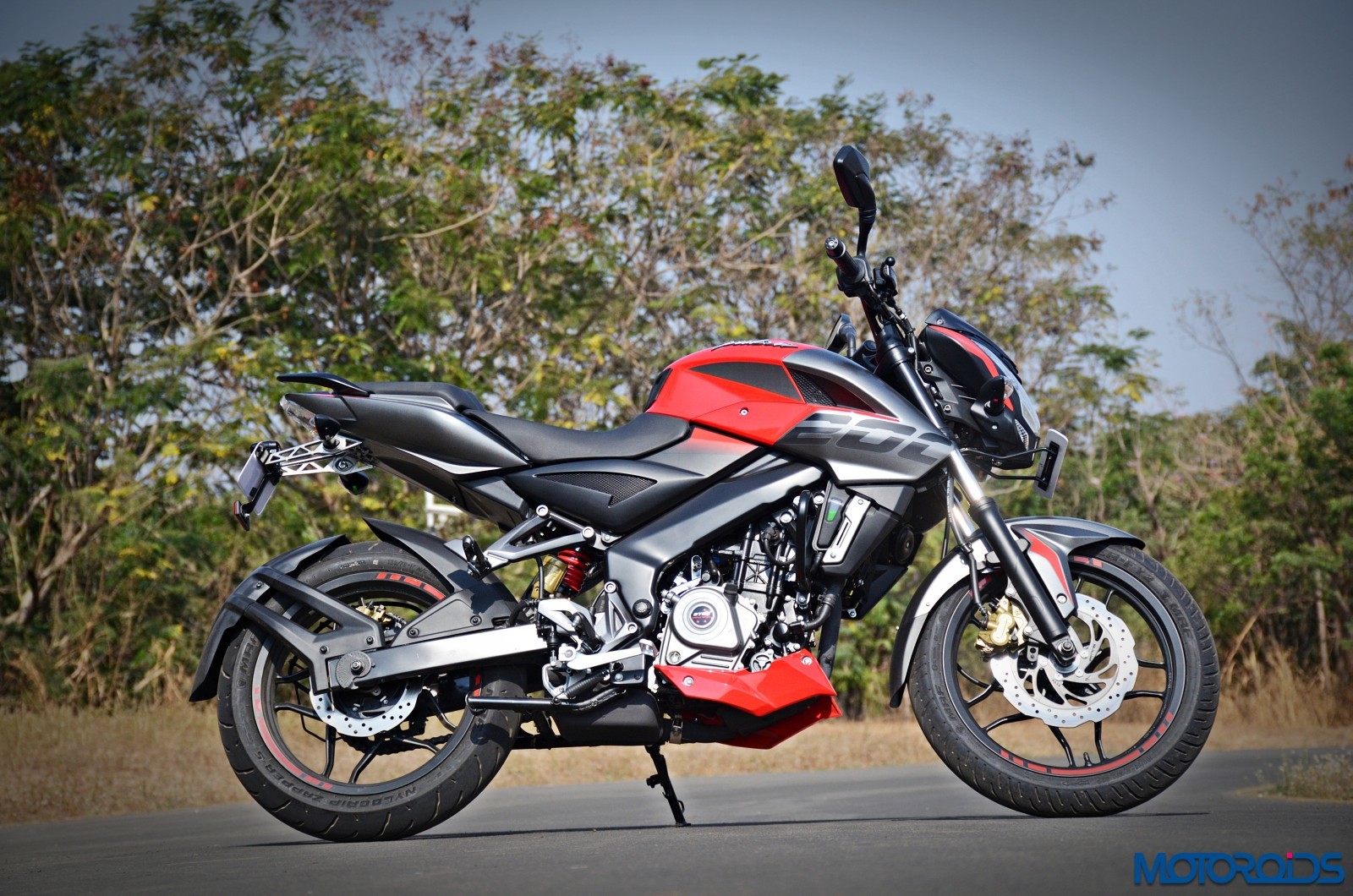 Bajaj has apparently worked on the exhaust note as well, to make it sound better.

Where did it go, and why has it come back now?

There doesn’t seem to be a clear explanation to this question, though Bajaj insists that this one comes in at the cost of the AS200, which has now been discontinued. According to Bajaj Auto’s assessment, the trio of the AS200, 200NS and the 220 is too closely spaced from a segment density perspective. Thus, only any two products from the three can exist at any given time. Now, the AS200 was interesting, but the 200NS, apparently has more potential for this segment, being sharper and more appealing – as Bajaj clearly has experienced over the past few months. And that, dear friends, explains the comeback of the 200NS and the ouster of the AS in Bajaj speak.

Is there anything else I should know?

With its comeback, the Pulsar 200NS is priced at INR 96,453, which is a decent price for the kind of product it is. Riding it on the track back-to-back after the Pulsar 220 and 180 clearly illustrates how big a leap it was in overall engineering terms for Bajaj until the more recent Dominar appeared on the horizon. It feels sharper, revvier, more refined and more intent to lean around the corners right from the word go. The styling and kit on the bike is also decent for the price. 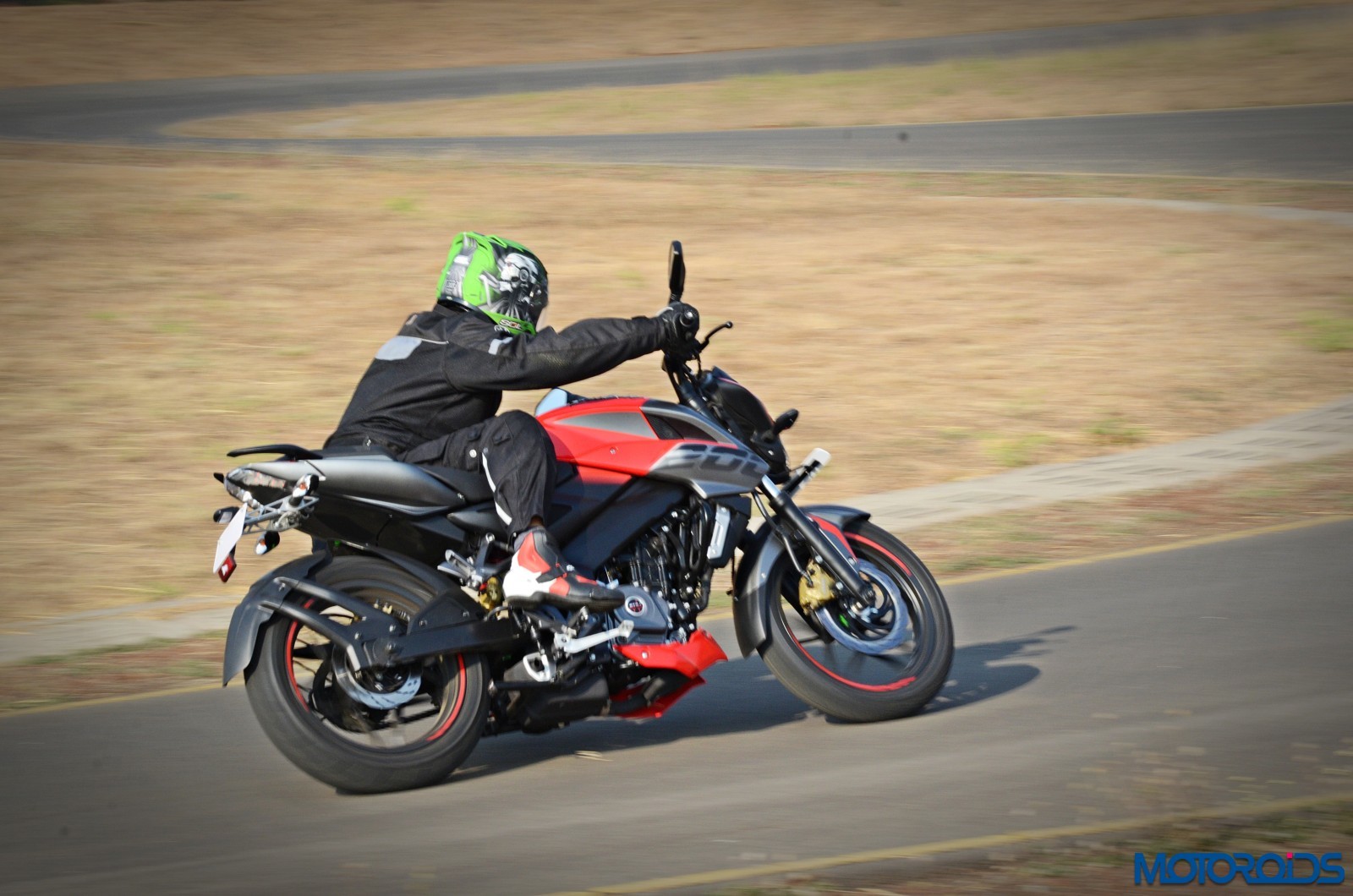 The closest competition for the 200NS is the TVS Apache RTR 200 which retails for RS 89,475 ex-showroom, which is about INR 7,000 cheaper than the 200NS. The Apache, however, produces about 3.5 PS and 0.2 NM less than the 200NS. The Apache’s power to weight ratio is also lesser, pegged at 135 PS/ton as against the NS’ 155 PS/ton. Also, the Apache gets a 5 speeder as against a 6-speed gearbox on the Pulsar 200NS. So while the 200NS might be a bit more expensive but it is technically superior to its nemesis in many ways – at least on paper.

You can check out our detailed review of the 200NS by clicking here.