The Yamaha R15 is a charming motorcycle which is extremely popular in India. For it’s litre-class looks and engineering brilliance which hides under those good looking body panels, it is the go-to choice for a young motorcycle enthusiast. An when you’re young, your possessions, must mirror your personality. This man here though, took it to another level. This bike you see here is a gadget freak. It belongs to youtuber kunal vlogs. 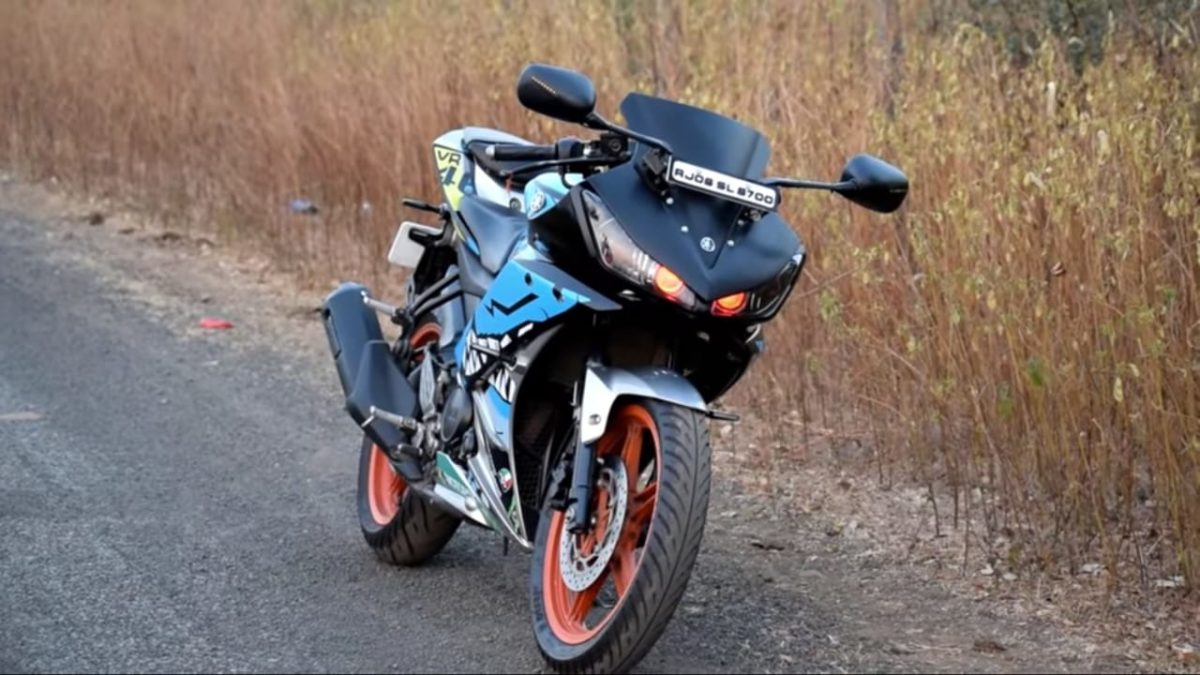 This modified R15 bike gets a bunch of features including cruise control, GPS navigation and some more. The first thing to catch your attention would be the fingerprint scanner which can be used to switch the ignition on of the bike. The fingerprint scanner gets ready to accept a fingerprint once the remote is placed on the bike and the kill switch is turned off and the main switch for these accessories are turned on. When the ignition switches on, the side view mirrors open up electrically as if the bike opens their arms up for a rider. 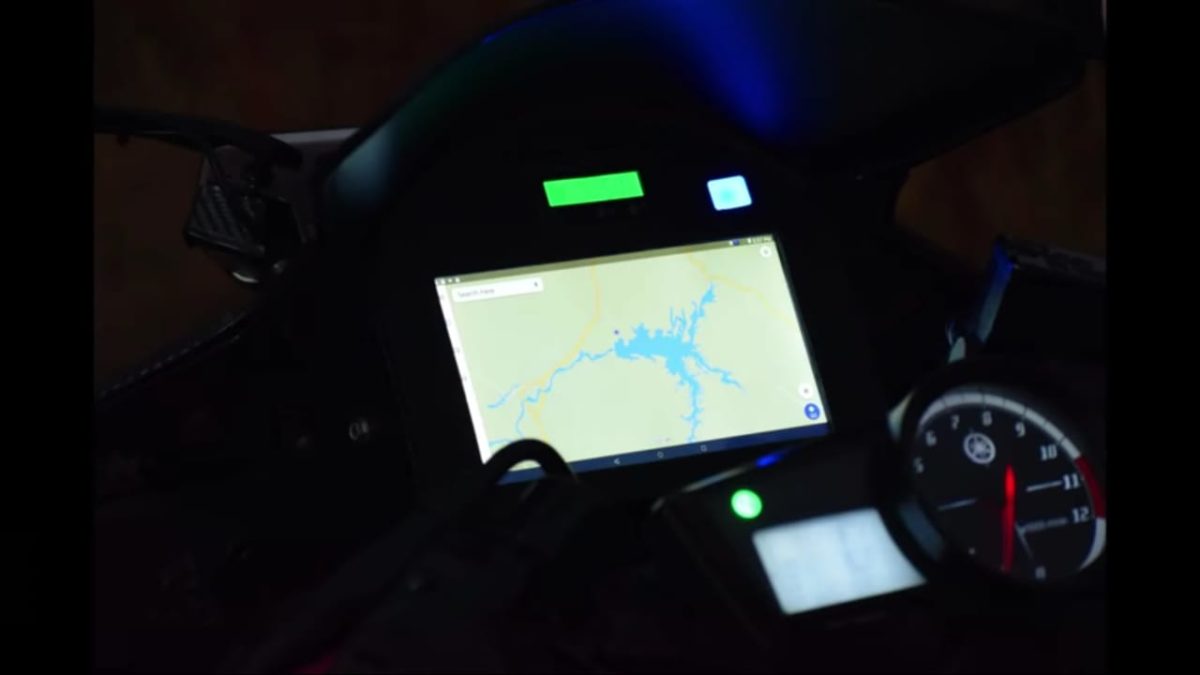 Behind the windscreen is a touchscreen which can be used for various functions of the bike. The bike has been fitted with features like fingerprint start, mobile phone control, Anti-theft alarm, GPS navigation, call notification with message alerts, cruise control, auto headlight, auto high low beam, auto folding rear view mirrors, rear view camera, highway flasher and voice control. Running such additional equipment takes a toll on the battery, thus the owner has also added a battery meter which shows the percentage of charge remaining and the current battery voltage. 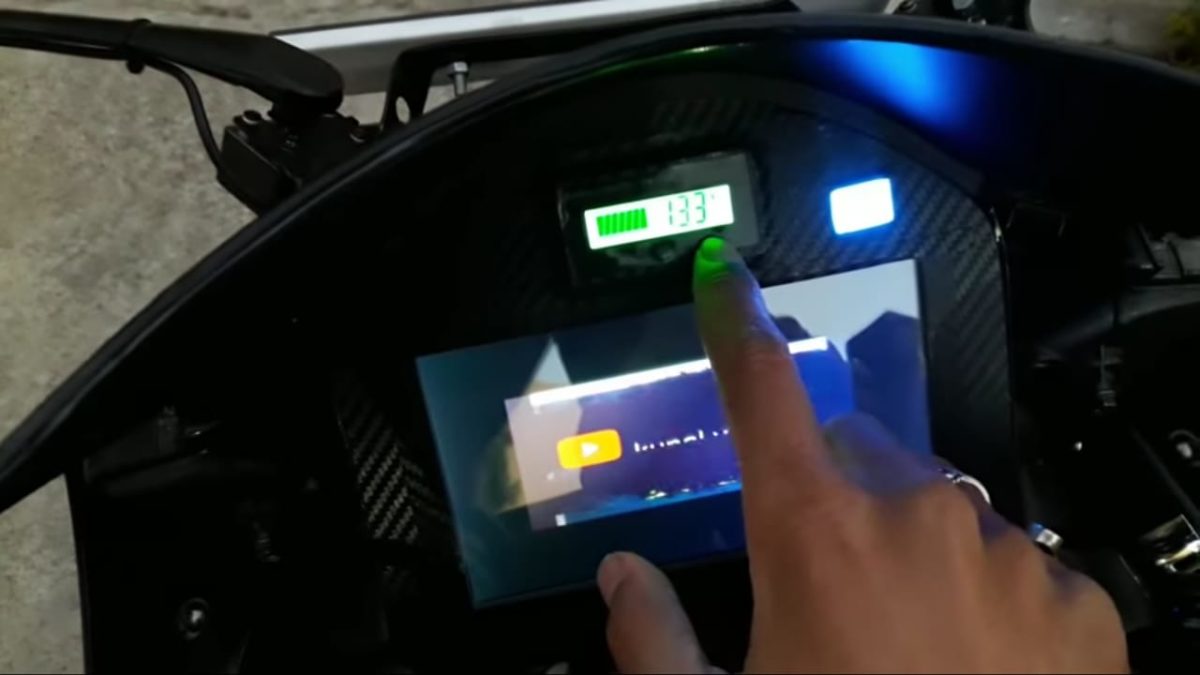 Mechanically, this R15 remains the same and gets the same 150 cc, cylinder engine which generates 16 hp and 15 Nm of torque. Peak power comes in at 8,500 rpm and maximum twist comes at 7,500 rpm. Mated to a six-speed transmission, the power is sent to the rear wheel. Using a delta frame chassis, this bike is suspended by a telescopic suspension on the front and a monoshock at the rear. Below is the video which showcases the bike and its long list of features in much more detail.