When launched, the Yamaha FZ street bike was nothing short of a revelation. It carried a design language which broke the conventional design ideologies and was like nothing else we had seen on the streets of our country. Over the years, the competition got more and more intense and the newer bikes sort of overshadowed the FZ. Yamaha is looking back to win the hearts of the people who have forgotten this bike with a new generation model, the FZ version 3.0. Expected to be equipped with a more powerful fuel-injected engine this time, the bike was spied once again undergoing tests on the roads of India. 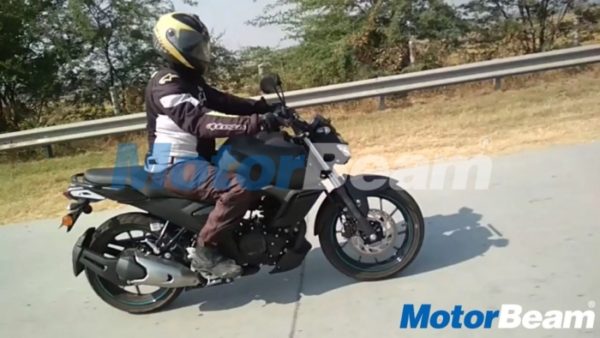 The good news with the new bike is the changes in the engine. While the current generation model uses a 149.1 cc single cylinder engine, it generates 13.1 PS and 12.8 Nm. With the new model expect a bump in those figures courtesy of a change in the bore or even a rise in the compression ratio, something we shall discover as more information is available. The power is sent to the rear wheels via a 5-speed transmission. Another mechanical change that is expected is the inclusion of a single channel ABS system which will soon be mandated by the government. 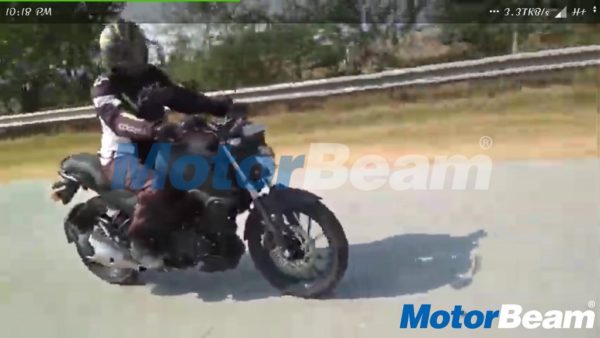 Coming towards the cosmetic changes, which are quite evident despite the test mule is camouflaged. Yamaha has added new, much aggressive looking tank shrouds and some new panels here and there. The belly pan is also new and looks much more sporty. New alloy wheels have been added as well which add some more sportiness to the bike. Other changes include a newly designed exhaust, improved ergonomics, a new LED headlight and some new smaller panels. The current generation FZ retails for INR 81,500 (ex-showroom), expect this new version to be priced at a small premium over that. There is no news on the lunch of this bike yet but Yamaha has one launch event coming soon in January where this bike can be expected to come out of the camouflage.