Sounds weird right? What would an unemployed person do with a car anyways. But the story’s different. Andhra Pradesh’s chief minister, N Chandrababu Naidu, will distribute Swift Dzire cars among unemployed Brahmin youth under a self-employment program. Out of the total 50 cars which have been sanctioned, the government has distributed 30 Maruti Suzuki Dzires at their party office. The Brahmin Welfare Community has provided INR 2 lakh as subsidy on these cars, where the beneficiary of this scheme only has to bear 10% of the cost of the vehicle. The Andhra Pradesh Brahmin Co-operative Credit Society Community will repay the remaining amount on an installment basis. 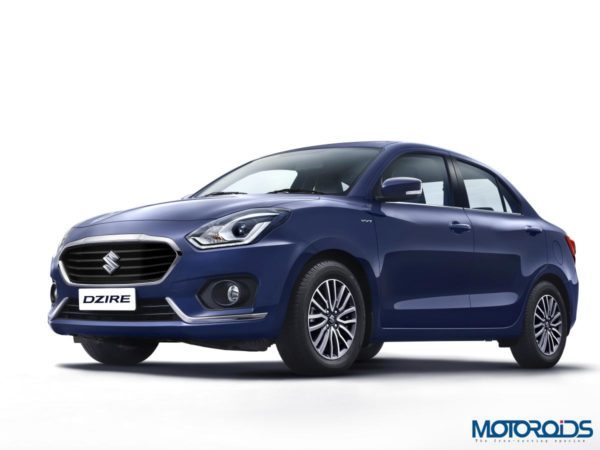 The Maruti Dzire, as the name suggests, is the most desirable compact-sedan in India. The Dzire is based on very popular Maruti Swift. The Dzire offers a bit of everything—style, features, frugal engines and a cushioned ride. The vast sales and service network add to the peace of mind that comes with owning a Maruti.

The Maruti Suzuki Dzire gets the 1.2-litre K-Series petrol engine and the 1.3-litre DDiS diesel motor. The petrol unit makes about 82 bhp and develops 113 Nm of peak torque, while the oil burner makes 74 bhp and 190 Nm of peak torque. Now, both the versions come mated to a 5-speed manual gearbox and an optional Automated Manual Transmission (AMT) variant.

The new model is based on the carmaker’s new HEARTECT design philosophy and looks a lot sleeker and well-designed. Courtesy of the new platform, the new Dzire has also been able to shed about 105 kg compared to its predecessor and at the same time, it has also become more rigid.

The feature list is also pretty impressive with offerings like – touchscreen infotainment system with Apple CarPlay, Android Auto, and MirrorLink supports and more. On the safety front, the car comes with dual airbags, ABS with EBD, brake assist and ISOFIX child seat mounts as standard across its trim levels. The new Maruti Dzire has been priced between Rs. 6.01 lakh – Rs. 10.65 lakh.