After their unveiling at the 2017 EICMA Motor Show held in Milan this year, the Royal Enfield 650 Twins have made their India debut at the recently held 2017 Royal Enfield Rider Mania in Goa. 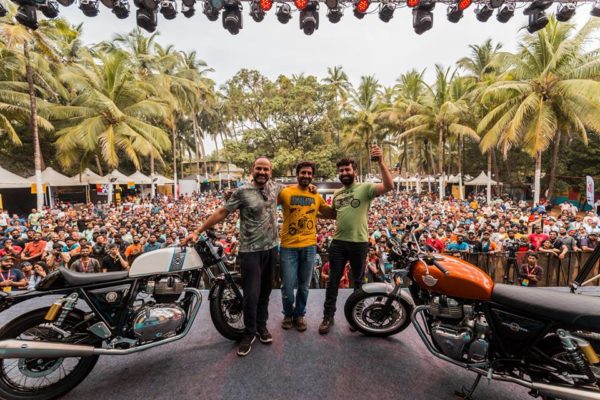 The Eicher owned brand had showcased the Continental GT 650 and the Interceptor INT 650. The motorcycles were unveiled at the annual event by Siddhartha Lal, CEO of Royal Enfield and Rudratej Singh, President of Royal Enfield.

Based on a double cradle, steel tubular frame, the Continental GT 650 and the Interceptor INT 650 share numerous parts including the 320mm discs at the front, 240mm discs at the rear, ABS (available as a standard feature), 41mm front forks and twin shocks at the rear. A few dimensions such as the length, ground clearance and wheelbase too, are rated the same at 2122mm, 172mm and 1400mm respectively. 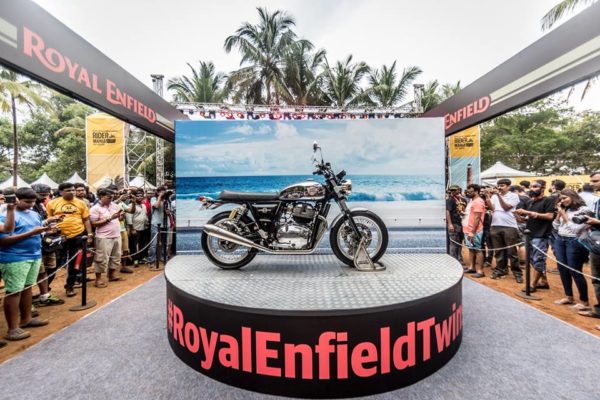 Powering both the Royal Enfield motorcycles is a new 650cc twin cylinder engine. This air/oil-cooled, parallel twin motor is capable of producing a power output of 47 hp at 7100 rpm and 52 Nm of torque at 4000 rpm. The engine is paired to a six speed transmission. The gearbox is augmented by its ‘slip/assist’ clutch.