The Mahindra XUV 700, codenamed the Y400, is suppose to be Mahindra’s flagship model, it will be placed and priced higher than the XUV 500. So it is quite natural that Mahindra would be expecting a huge demand for the SUV, which can be backed by the fact that a number of XUV 700s were parked at the company’s plant, ready for dispatch to dealerships. Scheduled to launch on the 19th of November, the SUV has now entered production and Mahindra will ensure that there is a steady supply of cars available as per the demand of the SUV. 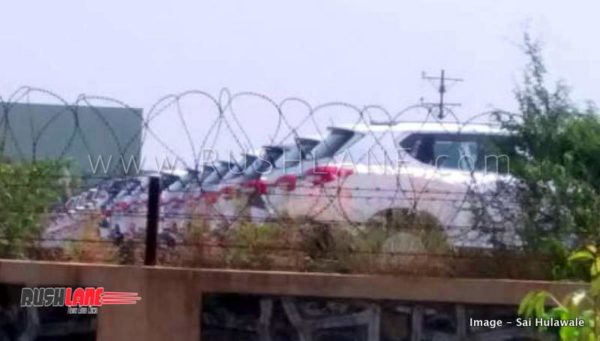 Being the flagship SUV, Mahindra will offer a very premium cabin with the car, we showcased a glimpse of the interior some time back which can be seen here, premium quality materials with a great finish and attention to detail. The centre console is a rather large 9.2-inch touchscreen infotainment display which is rumoured to get multiple connectivity options, including Android Auto and Apple CarPlay. The car will also offer a navigation software and a 360-degree reverse parking camera. The driver gets a leather-wrapped steering wheel along with a host of buttons to operate the cruise control and the 7-inch MID present in the instrument console. 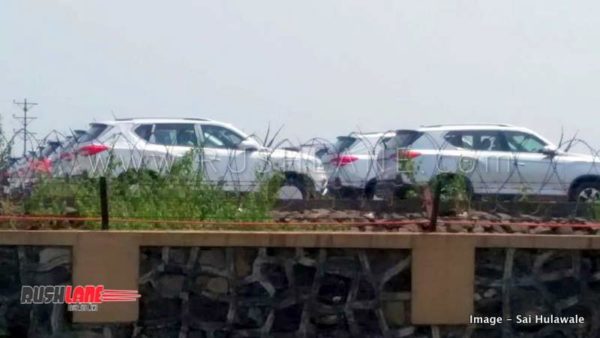 Coming to the powertrain, the SUV will be powered by a 2.2-litre oil burner unit which would generate about 179 horses and a turning force of 420 Nm, which is somewhat similar to what is offered by the competitors, the Toyota Fortuner and Ford Endeavour. The SUV will be offered with a choice of 2 transmission options, a 6-speed manual gearbox or a Mercedes Benz sourced 7-speed automatic transmission unit. The SUV will also come with an option of either 2-wheel drive or 4-wheel drive and will undercut the competition in terms of pricing, which is rumoured to start from INR 22 Lakhs, Ex-Showroom. Below you will see some spy shots of the SUV, with minimal camouflage.