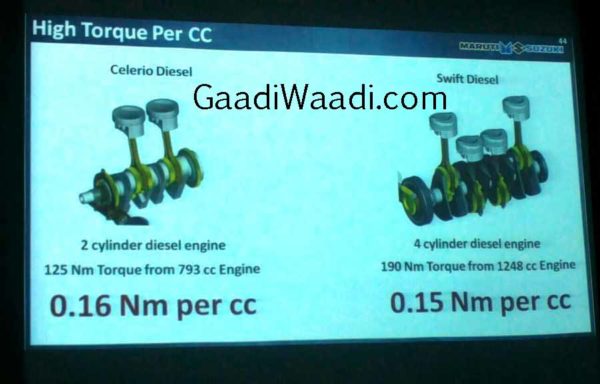 Maruti Suzuki is on the brink of launching one of the most anticipated cars of 2015. The Maruti Suzuki Celerio diesel is set to ride on the waves of great fuel economy. This frugality, plus an attractive price tag could write a new success story for the company. As you can see in the above image, the Maruti Suzuki Celerio diesel will come powered with a rather small 793cc 2-cylinder, turbocharged diesel engine. This engine will make 47.65 PS of power at 3500 rpm and 125 Nm (that’s why the ‘DDiS 125’ badge) of torque at 2000 rpm. 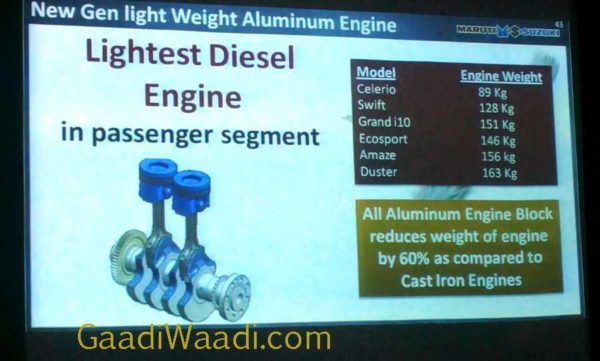 Even with just two cylinders, this unit manages to produce 0.16 Nm of torque per cc of engine displacement. The diesel engine found in the Swift makes 0.15 Nm of torque per cc of its 1.3-litres of displacement. This thanks to the equally tiny turbocharger that’s been fitted to the Celerio diesel. This 793cc oil burner is an all-aluminium unit (89 kg) and thus weighs much less than cast-iron ones found in other cars. Maruti Suzuki has also endowed the Celerio diesel with an hydraulic clutch system, not the usual cable-operated mechanism. 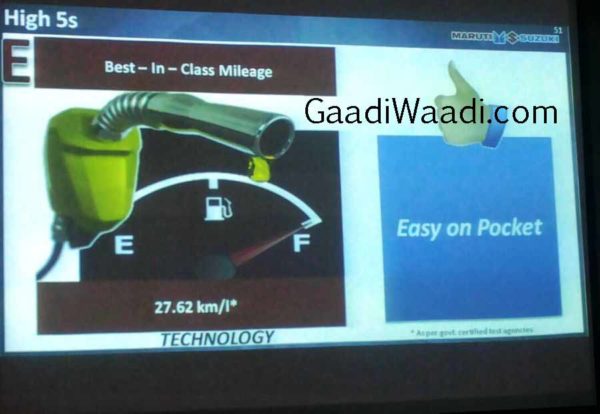 Once launched, the Maruti Suzuki Celerio diesel will deliver 27.62 km/l. Of course, this number may vary in real-life conditions. That said, the DDiS 125 powered Celerio could become one of the most frugal cars in India. Just for comparison, the Chevrolet Beat diesel is rated by ARAI at 25.44 km/l. The Maruti hatch also offers more in terms of boot space (235 litres) over the Chevy Beat (170 litres). 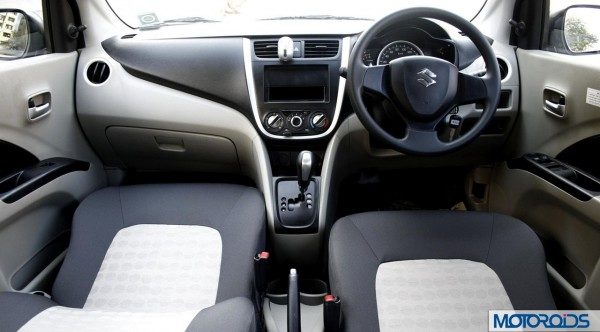 There hasn’t been an AMT version of the Celerio diesel confirmed as yet.

We expect the official unveiling to happen on June 3, 2015. Maruti Suzuki is still to confirm this, though. Tell us what you think about the Maruti Suzuki Celerio diesel in the comments box. Also, we have attached a gallery with even more detail pictures. Check it out, below.