Bengaluru welcomes another supercar and this time it’s Porsche’s fastest road-legal 911, the 911 GT2 RS. The vehicle was delivered to Boopesh Reddy (@bren_garage) by Porsche Bengaluru. Reddy, an avid car collector, already owns a fleet of performance vehicles. The Porsche 911 GT2 RS will join the likes of Mercedes-AMG GTR and the Ferrari 458 Speciale among others.

Back in September, 2017 Porsche claimed the title of the fastest rear wheel drive car at the Nurburgring from Lamborghini. The sports car achieved the feat by managing to finish the 12.8 mile (10.6 km) run in 6 minutes and 47.3 seconds, almost 5 seconds faster than the Huracan Performante. That record was recently broken by Lamborghini Aventador SVJ which tackled the course in 6:44.97 minutes. 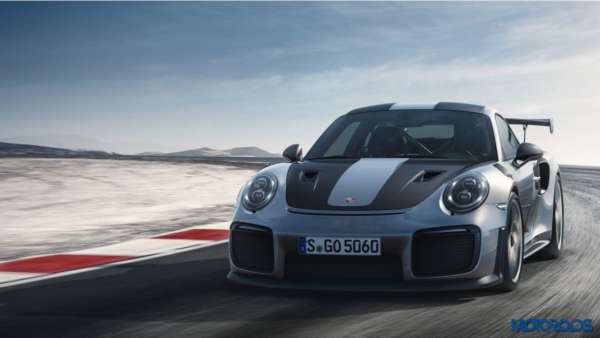 Check out Porsche 911 GT2 RS drive around the Nurburgring in the video below. Don’t forget to check out a detailed image gallery below the video: