Back in December 2017, India Kawasaki Motors (IKM) launched the Vulcan S cruiser in the country, with prices starting at INR 5.44 lakh (ex-showroom,Delhi). Upon launch, the model was available in a single colour option known as Flat Ebony Black. Earlier this month, the Kawasaki Vulcan S was launched in a new paintjob known as Pearl Lava Orange, with a price tag of INR 5.58 lakh (ex-showroom, Delhi). 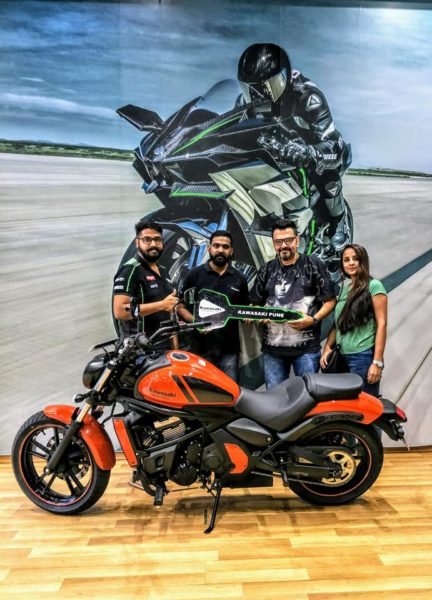 Now, Kawasaki India has delivered the very first unit of the Vulcan S finished in a shade of Pearl Lava Orange to a customer in Pune, Maharashtra. The owner of this special bike is none other than Kaustubh Dhavale, who is the lead guitarist of the music Band ‘Agnee’.

Since the changes to the Pearl Lava Orange Vulcan S is limited to the paintjob, the model is powered by the same 649cc, parallel twin engine. This motor is capable of producing a maximum power output of 62 PS at 7,500 rpm while the peak torque of 63 Nm comes up at 6,600 rpm. This engine is mated to a six speed gearbox that sends power to the rear wheel. 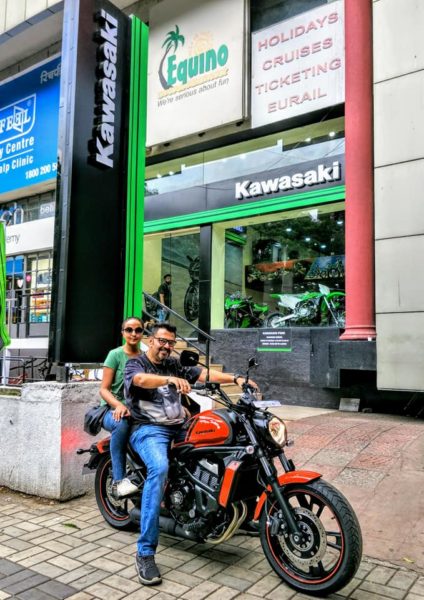 A few feature highlights of the Kawasaki Vulcan S include three way adjustable foot pegs, adjustable clutch levers and brake, adjustable ride height of 27.8 inch. Also on offer is dual channel ABS and a handlebar which can be adjusted by one inch. Braking duties on the model care taken care of by a 300mm disc and 250mm disc at the front and rear respectively.