The first Edition of the Ducati Dream Tour was held in association with Helmet Stories in Himachal Pradesh. The ride took place from 26th April – 30th April 2018 and gave Ducati owners a chance to experience the four-day guided excursion where riders not only rode through the hidden backroads of Himachal Pradesh but also experienced different activities at the end of each riding day. Eleven Ducati owners from all over India saddled up on Ducatis which consisted of Multistrada Enduro, Multistrada 1200S and Scramblers and took off from Chandigarh with one-night stop overs at Narkanda, Jibhi and Bir-Billing which was the end point.

The Hidden Himachal Dream Tour took the Ducatisti through scenic twisties and country roads where they experienced everything, from trekking to the highest vantage point to enjoy a spectacular sunset, to riding on trails flocked on either side by breathtaking views, to having supper by the river side while indulging in fishing with the locals, and ending the last leg of the ride, by jumping off a cliff with a parachute at Bir which is regarded by international paragliding groups as the second best site in the world for paragliding. 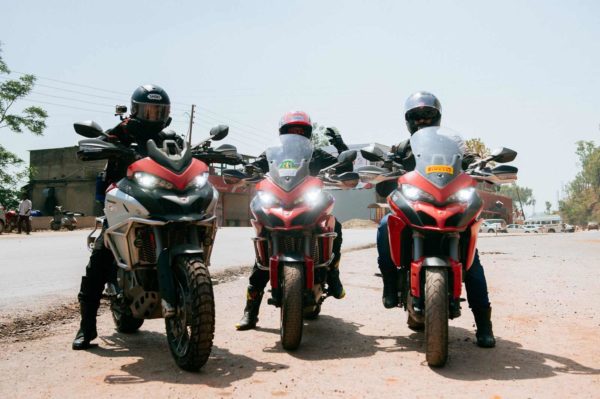 Sergi Canovas, MD of Ducati India, speaking about the Dream Tour said that the brand constantly strives to make the experience of owning a Ducati a special one. Whether it was with the Ducati Financial Services which simplifies the financing process or with the recent launch of Chennai dealership to expand the network, the Company’s goal is to keep the customer at the centre and give them an experience which a luxury brand like Ducati is revered for. With the Ducati Dream Tour, the goal is to make that experience even more experiential and rider focussed. Every Ducati rider should experience the Dream Tour once as it’s specifically designed for riders, by riders and unlike other rides, it stands for more than just riding a motorcycle from point A to point B.

Ducati India is now launching the second edition of the Dream Tour which will takes place from 2nd – 16th July. The Ride to the Golden Land heads to the mecca of motorcycle riding in India, Leh and goes beyond to Turtuk and Pangong, with the experts from Jack N Jill – The Moto Expedition Company leading the way. Details about the 2nd Dream Tour as well as the pictures and video from the 1st Dream Tour of Hidden Himachal are now live on the official website.