The wave of electric vehicles is definitely headed towards Indian shores. While we had a number of electric scooters on sale in our market already, this wave is further heading towards motorcycles and cars. Mahindra was the first manufacturer to offer an electric car in our market, the E2O which has been discontinued due to safety norms. Then came Hyundai, which released a proper, all-electric SUV, the Kona which has been well-received by the audience. Moving further, we shall soon have more electric vehicles, one of which would be the all-electric variant of Mahindra’s KUV100. A spy video captures test mules of this upcoming electric vehicle on the road, have a look.

The video uploaded on YouTube channel Lemon Green Studios, showcases two test mules of the all-electric KUV100 which seem to be undergoing testing without much camouflage. The charging socket seen on the front driver side fender and the lack of any exhaust pipe and engine noise confirms that this is in fact, the electric variant of the car. It is interesting to note that the car features two separate charging sockets, one of which would perhaps be for your regular AC socket while the other could be connected to a DC outlet for faster charging. Apart from the socket, there do not be any other design changes, which differentiate the electric KUV100 from the regular variant. Going by the production-ready appearance of the test mule, it seems that Mahindra would be launching this brand new EV very soon. 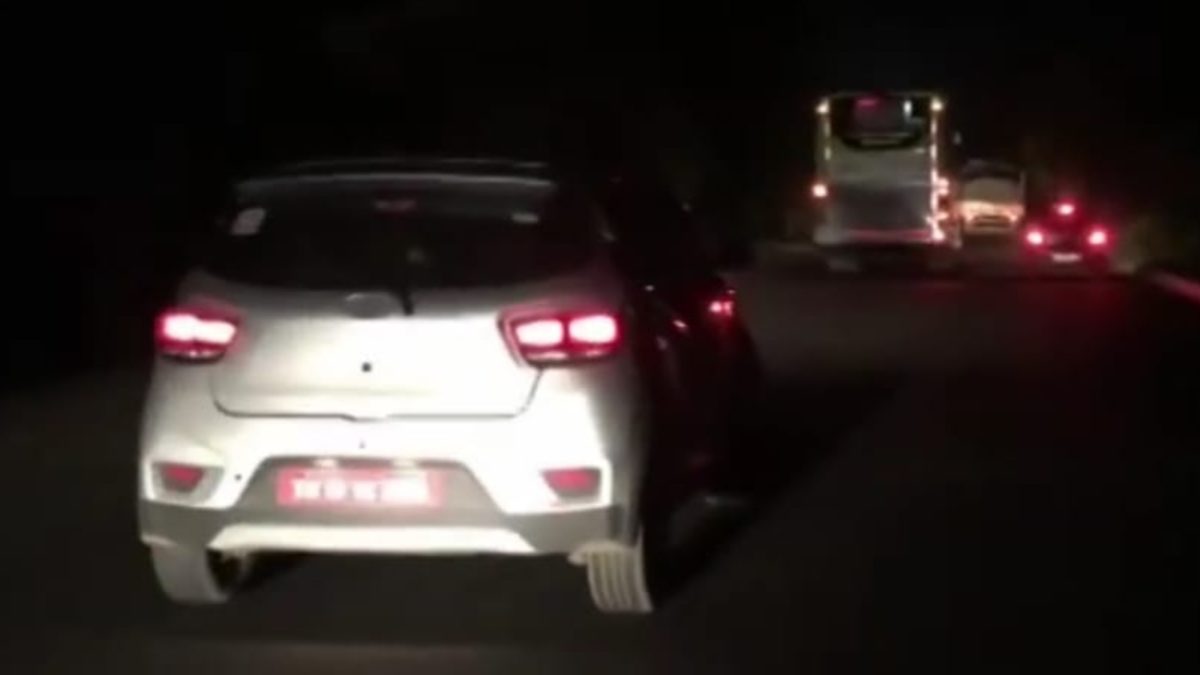 Mahindra has also announced an electric version of the XUV300 SUV to be offered soon, which will complement this electric KUV100. Moreover, Tata Motors would be another Indian manufacturer to join the electric vehicle bandwagon. The manufacturer also recently announced to add a total of four all-electric cars in their stable in the near future. MG motor too, will be launching their eZS EV and Audi will launch their E-Tron EV in our market before the end of the year. Our government also seems to be encouraging electric vehicles. Not only have they reduced the GST on electric vehicles but also have plans to hike the registration fees of conventional cars to encourage the purchase of electric vehicles.