Home Features Get on the Road : Riding in the Hills – Techniques and Tips

Those who love riding would tell you that the best way of enjoying two wheels is to make them carve their way through some inviting twisties in the hills. Be it Khardung La or your regular Lonavala-Khandala stretch, riding through the hills is an immensely enjoyable experience. However, it is always trickier and more dangerous than riding on open, wide highways. In this edition of TVS Scooty Zest 110 Get on the Road with Motoroids, we will cover in detail the tips and tricks associated with riding safely in the hills. Let’s get going.

Visibility is a key factor in the hills owing to the narrow, mostly undivided roads. Always look in the distance and ensure that you have a fair view of the road ahead as well as the oncoming traffic. Sure, there will be blind corners, but your effort should always be to assimilate as much information about the course ahead in advance as possible. For example, on your way down on switchbacks, a quick glance at the downhill loops will give you a fair idea of the nature of the curves ahead and the oncoming traffic. This information helps you prepare in advance and makes tackling it much easier. 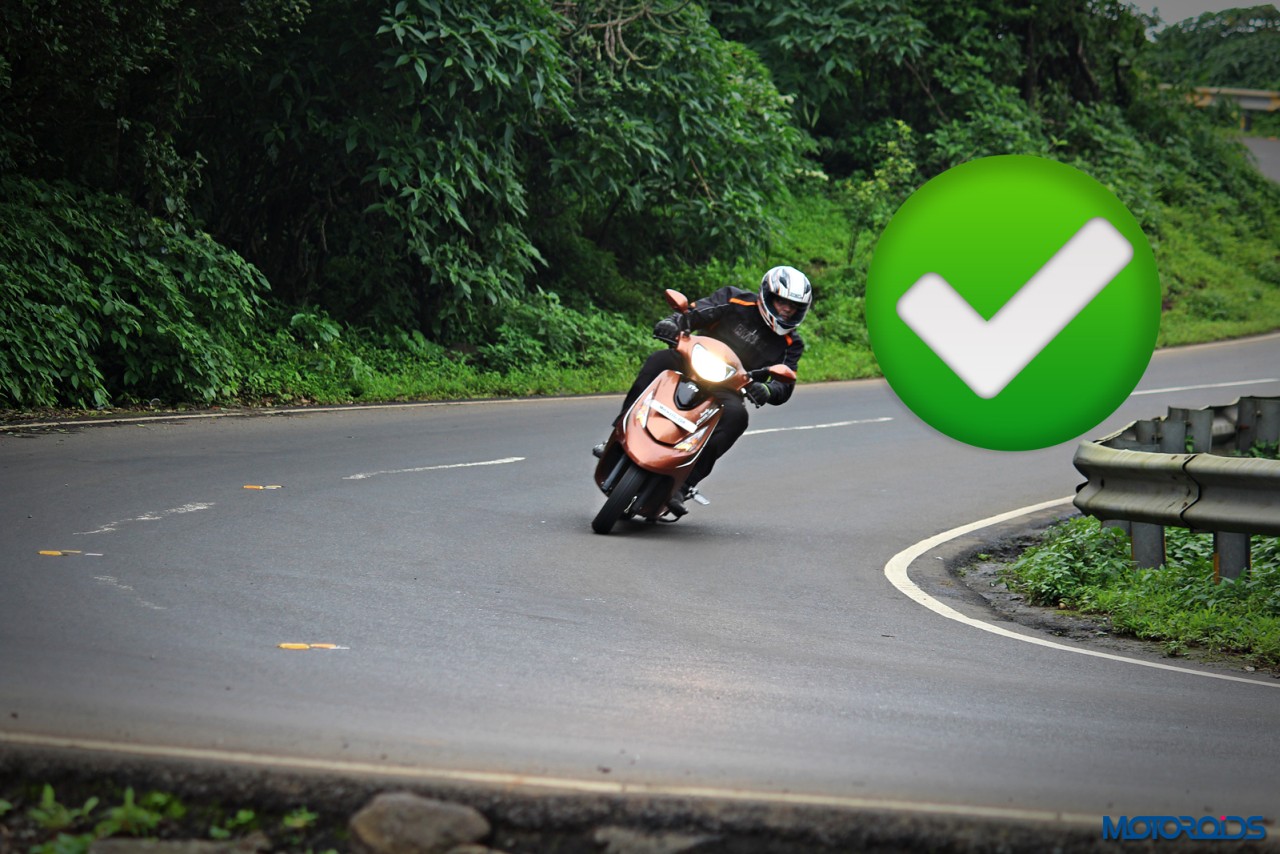 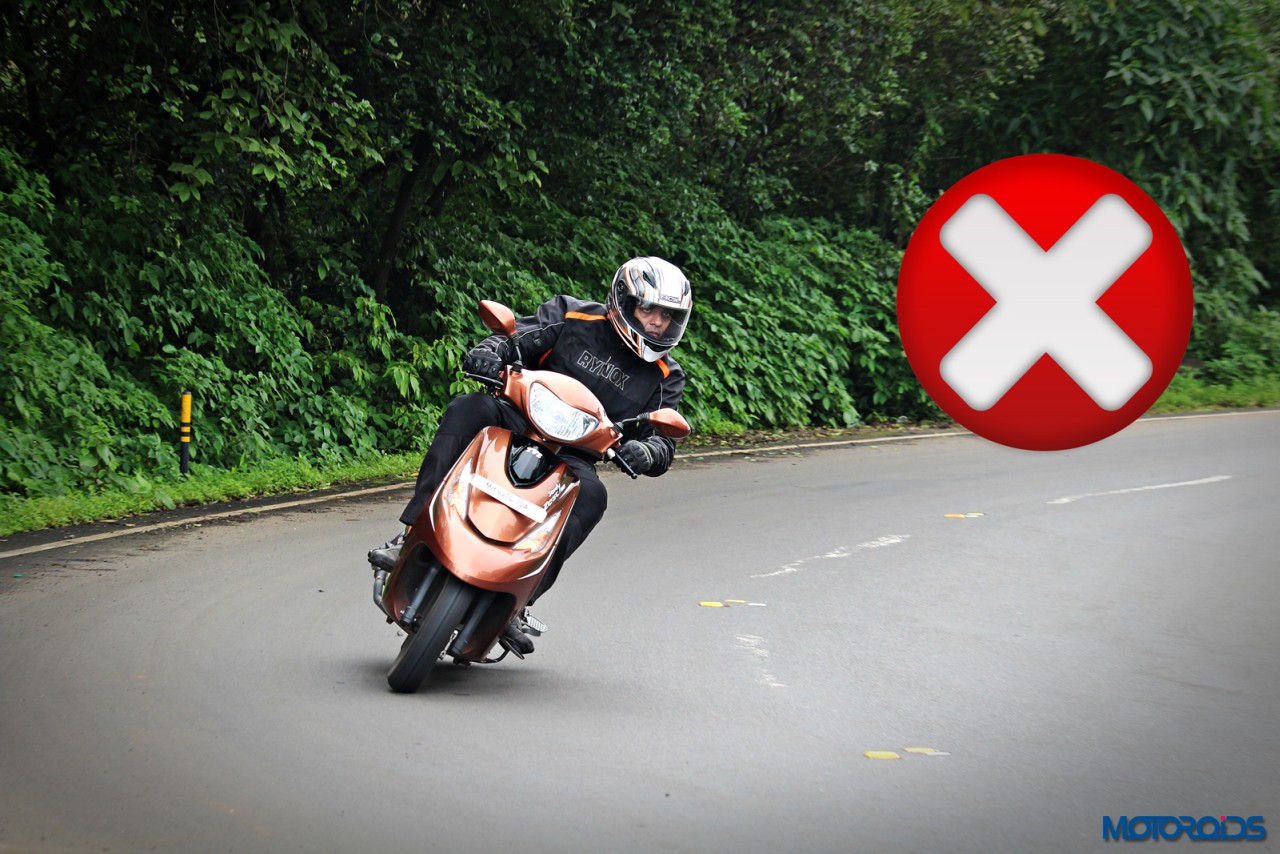 While taking a right hander, you should try to move away from the central line, to the left, following a wider line, and trying to look into the road ahead. As a general rule, taking a right hander in the hills is relatively safer, as you can get better visibility while getting further away from the oncoming traffic. For left handers, the opposite is true, so you need to be even more careful.

A special mention needs to be made of the importance of looking out far on the road while taking corners. Always ensure that you’re looking out far on the road at the point where you wish to be. Weird as it may sound, you would end up where you are looking at. It’s one of the most important aspects of riding which is often foolishly undermined by riders. 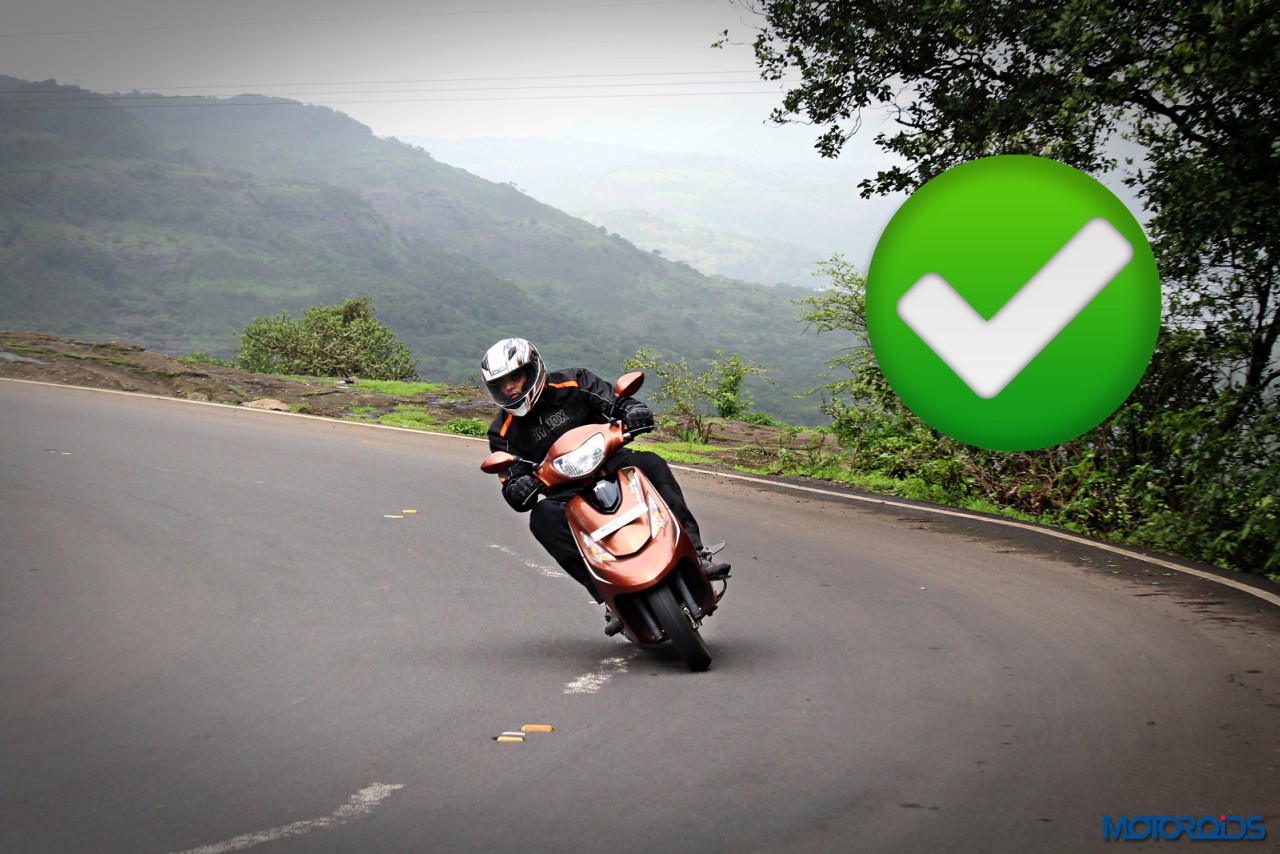 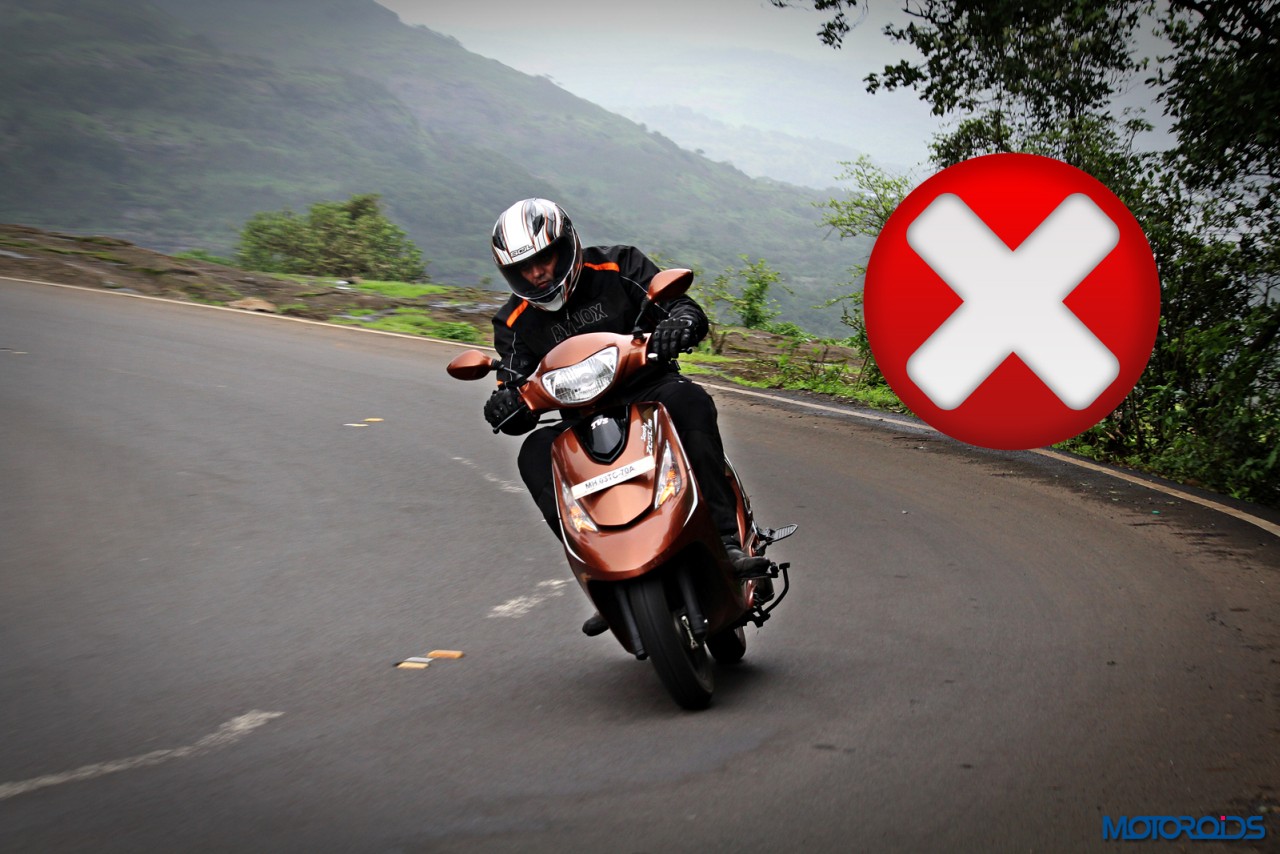 Looking at the road close ahead of you would often see you going wider than you planned. It would also not prepare you in advance of what lies ahead.

Staying within your lane is paramount while handling hilly roads. If everyone abided by this simple rule, the accidents which happen owing to oncoming traffic crossing over and crashing into vehicles in the opposite lane could be reduced significantly.

Crossing the lane, especially around a blind corner can surprise the oncoming drivers, as much as it can surprise you. Riding in the highly undisciplined Indian conditions, it’s always safe to keep a hefty margin for error. Keeping your lane is a simple but effective way of being safe it in the precarious hilly conditions.

Never overtake around a blind corner 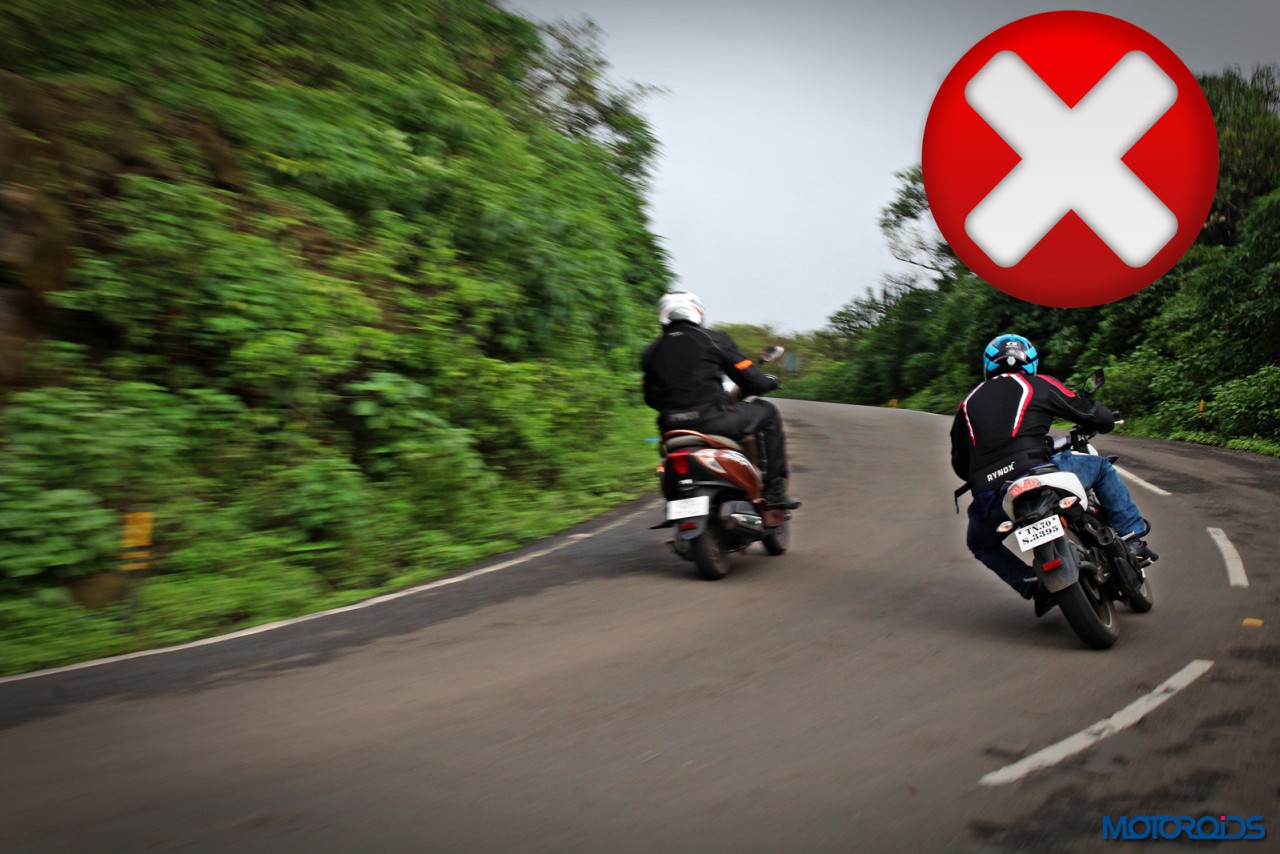 This is probably the single biggest reason for accidents and fatalities in the hilly roads. While riding in the hills you have to be more patient and considerate than while riding on plains. Never make an overtaking manoeuvre around a bend, especially when it’s a blind turn. 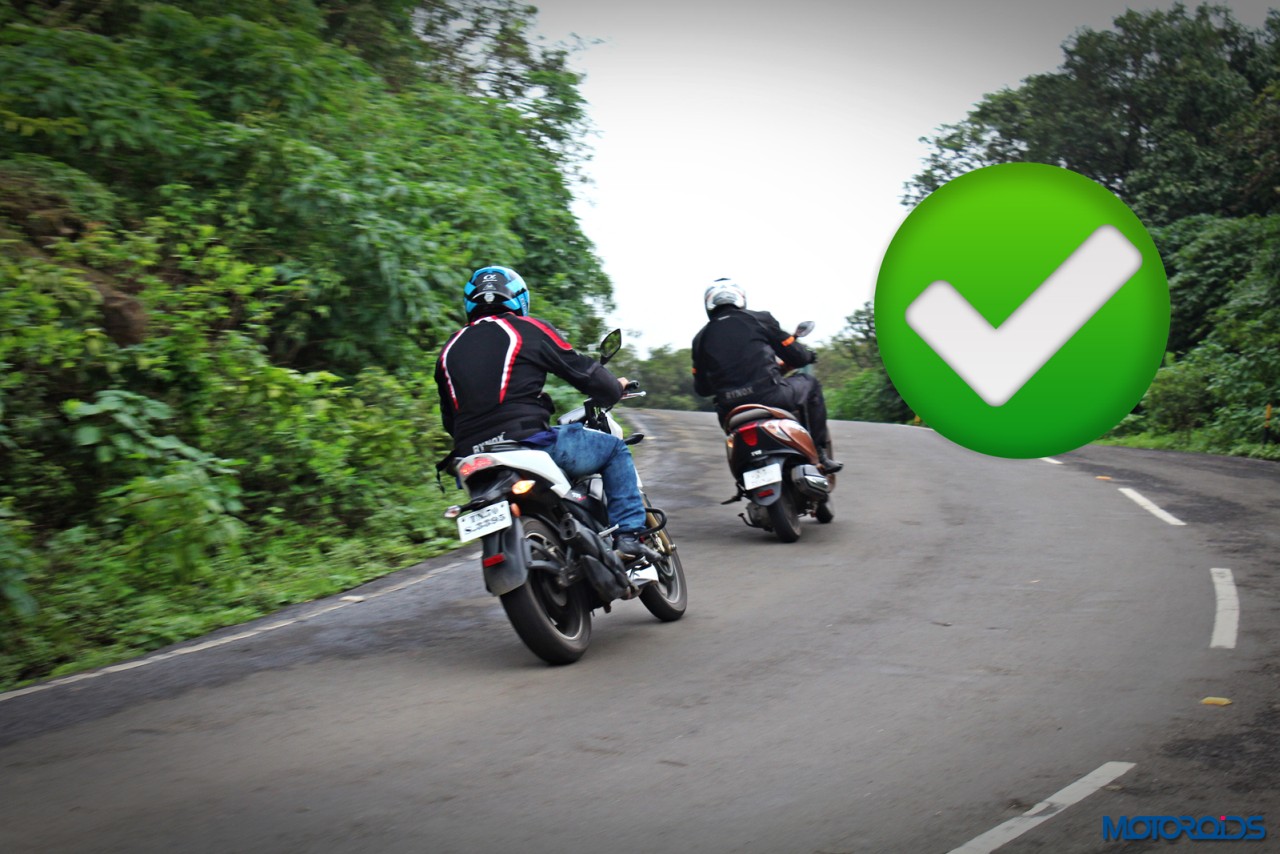 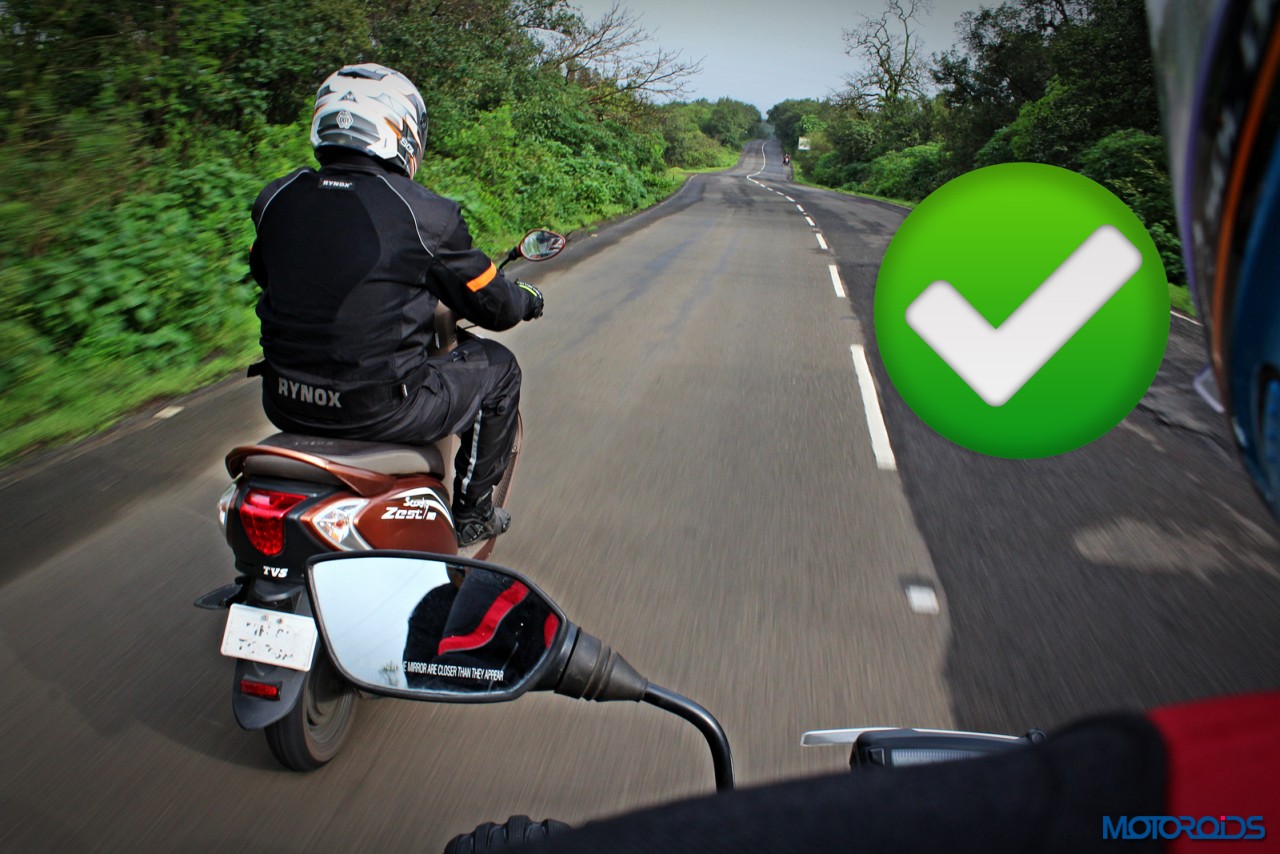 Overtaking around bends on a hilly course should not be exercised. If however, you must do it, it’s preferable to have it done on a right hander where you have a good view of the road ahead, have ascertained that there is no oncoming traffic and are not counting solely on your guardian angels to see you through.

Riding in neutral gear / Turning off the engine downhill 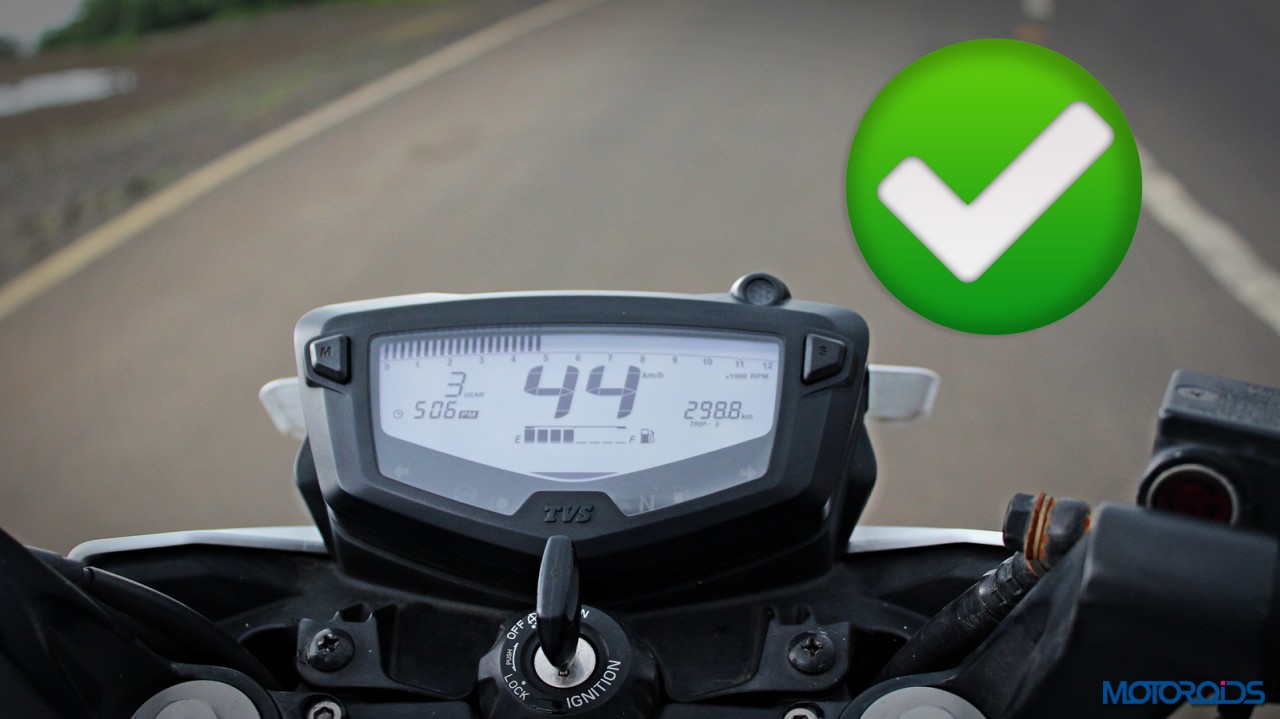 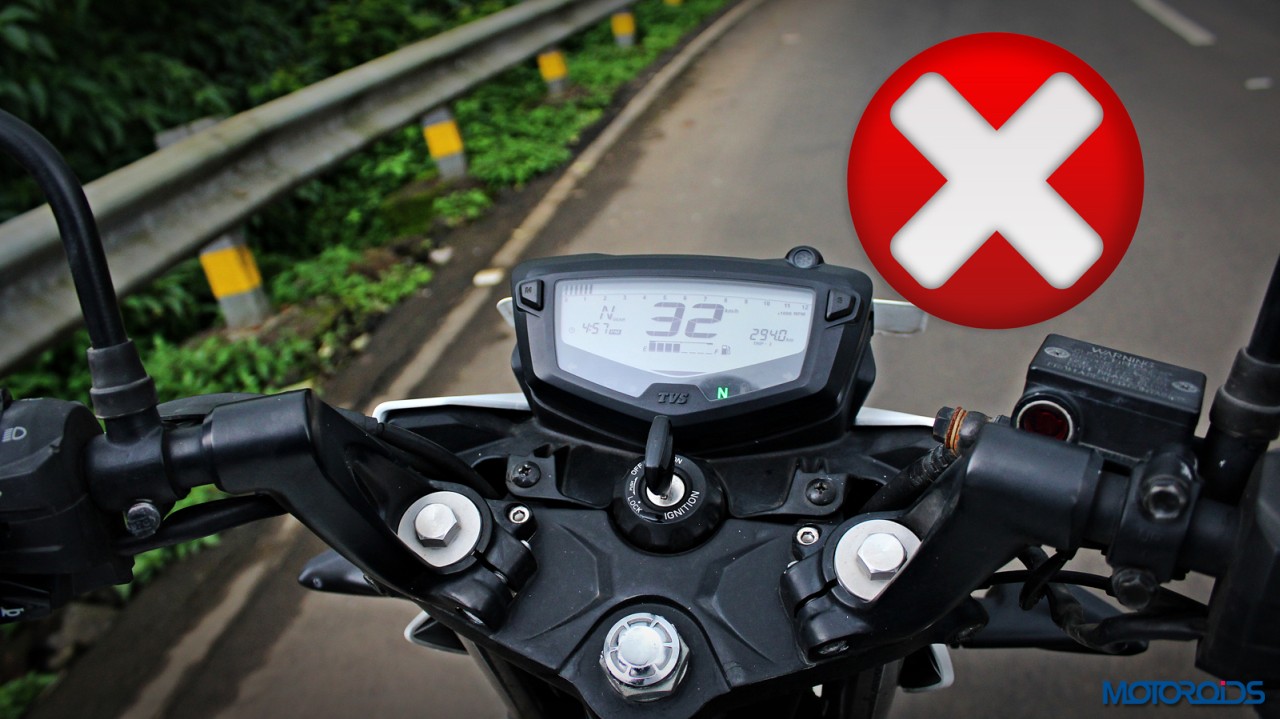 You can control the speed and line of your bike way more effectively by engaging the right gear and keeping the right engine speed. For braking, you just have to drop a gear to increase the resistance from the engine while undertaking downhill turns. Cracking open or rolling off the throttle can also help you determine your line very well. By all means, keep the engine running and ride in higher than usual revs while in the hills – both uphill and downhill, even if it means a bit more consumption of fuel.

Stay prepared for surprises, cattle and other animals 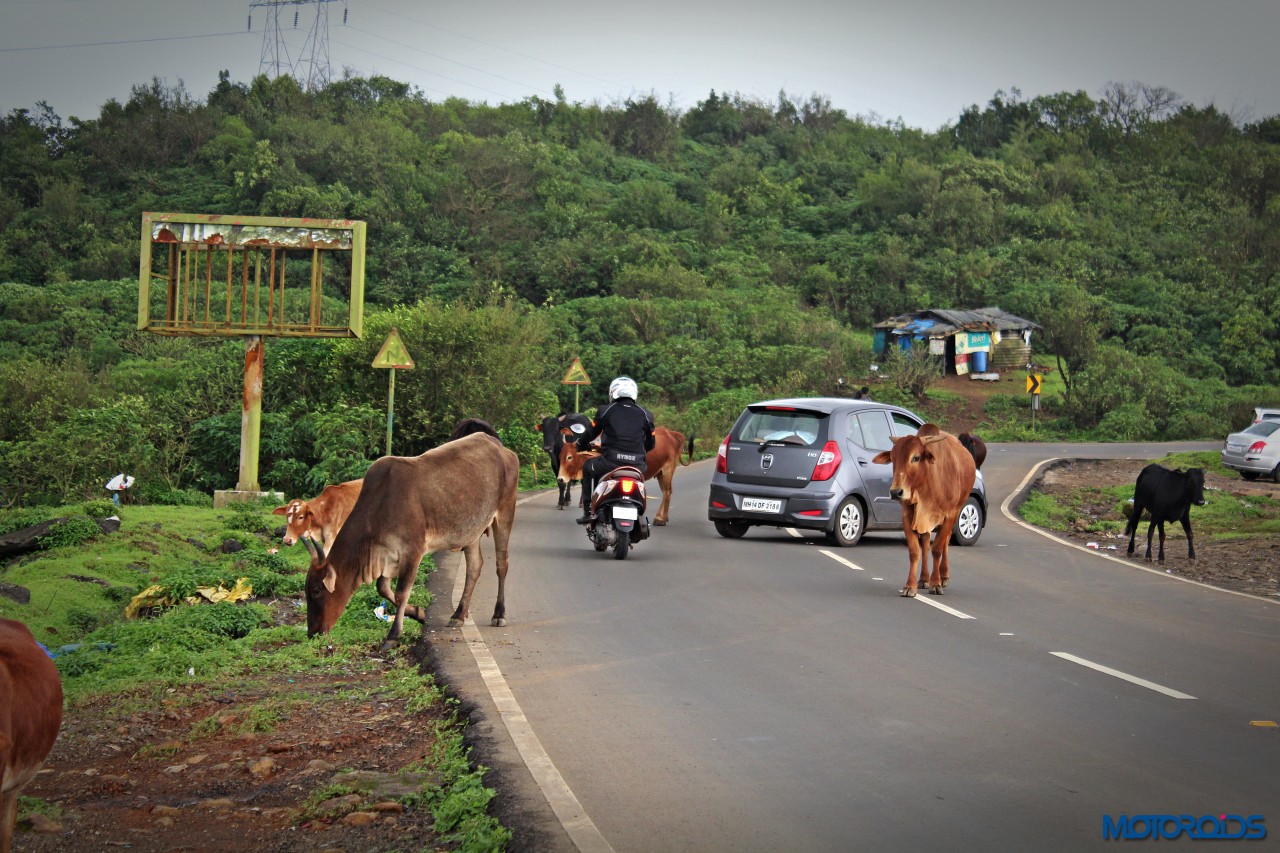 Unlike the plains, you cannot look far on the road in the hills. So you won’t see the dog which just got done taking a leak and decided to cross the road on his way back home. Ensure that you keep yourself prepared for surprises while riding in the hills by at least a factor of two as compared to the open highways.

Never park on the road 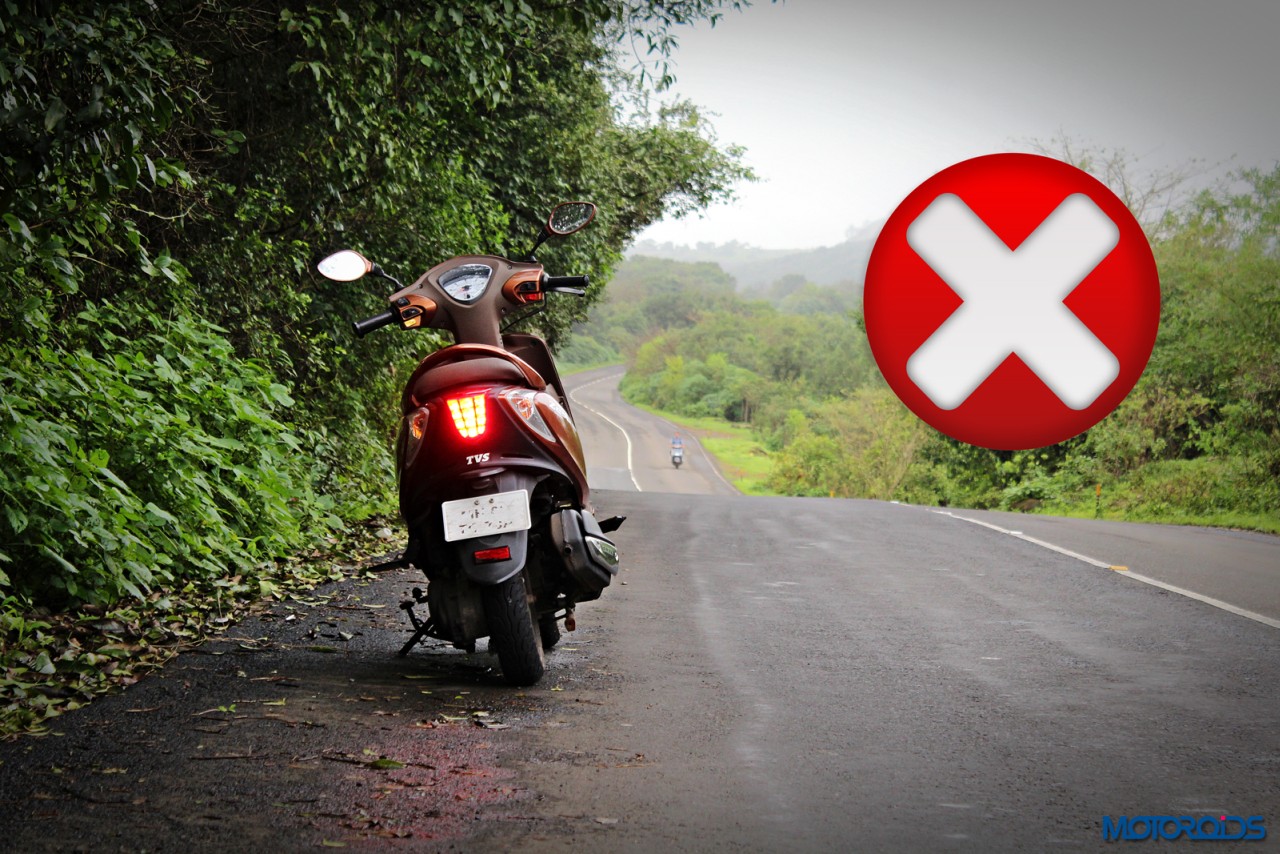 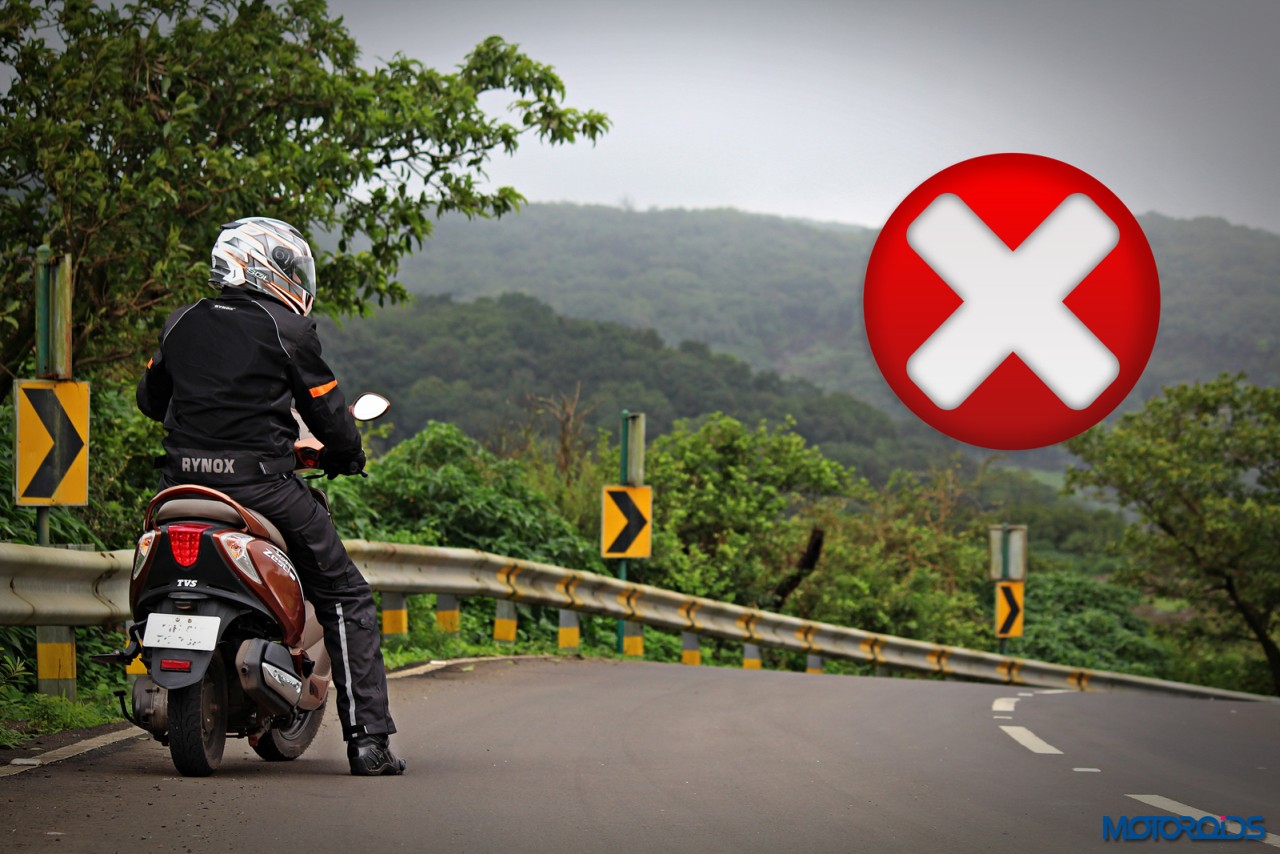 Want to enjoy the view of the valley? Feel like taking a butt break? Never stop on the road, and never, ever park your two-wheeler on the road in the hills, especially around the bends – the hazards are many. Hilly roads are narrow, and chances are that if your two-wheeler isn’t properly visible, someone may slam into it. Overtaking cars on hilly single carriageways can create unusually precarious situations, where people have to use the last inch of the available width of the road. You don’t want your two-wheeler to be smashed during such a situation. 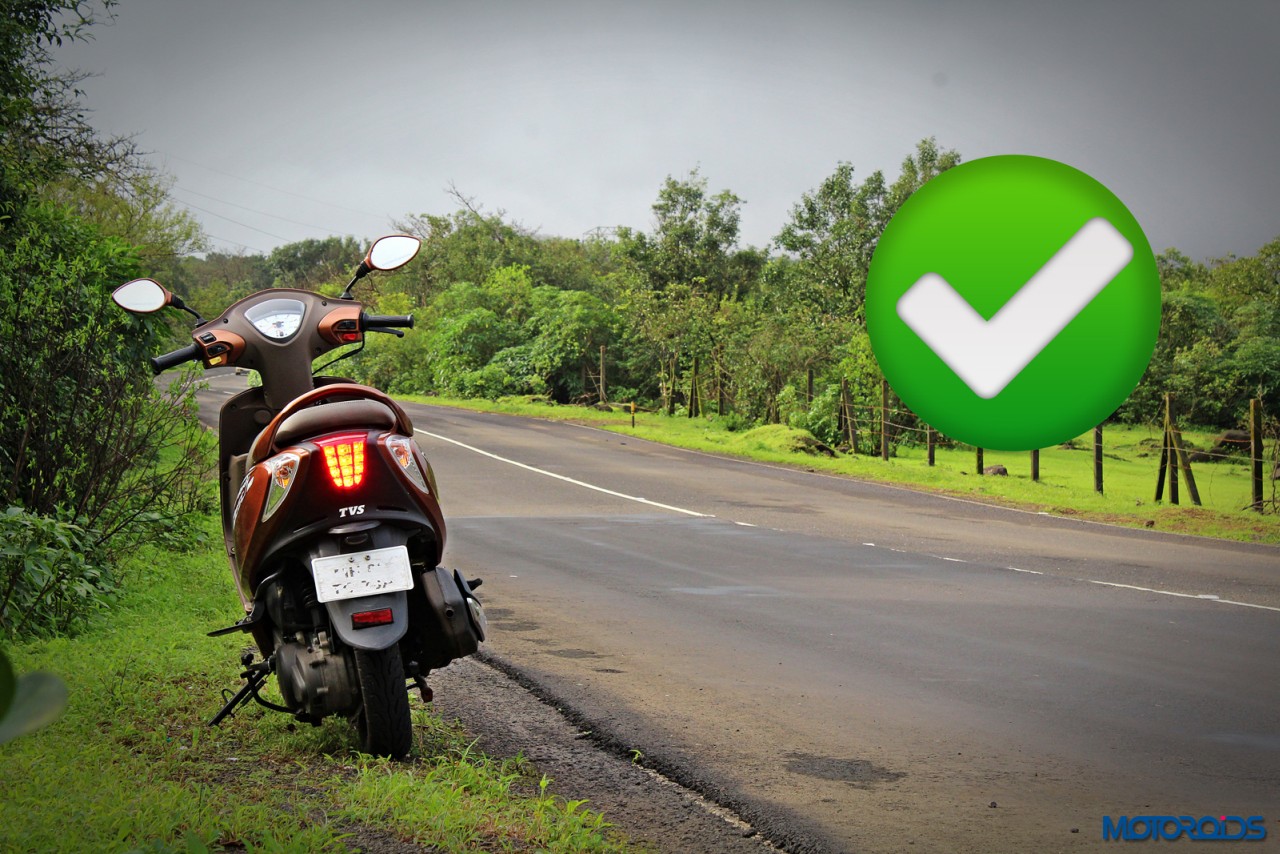 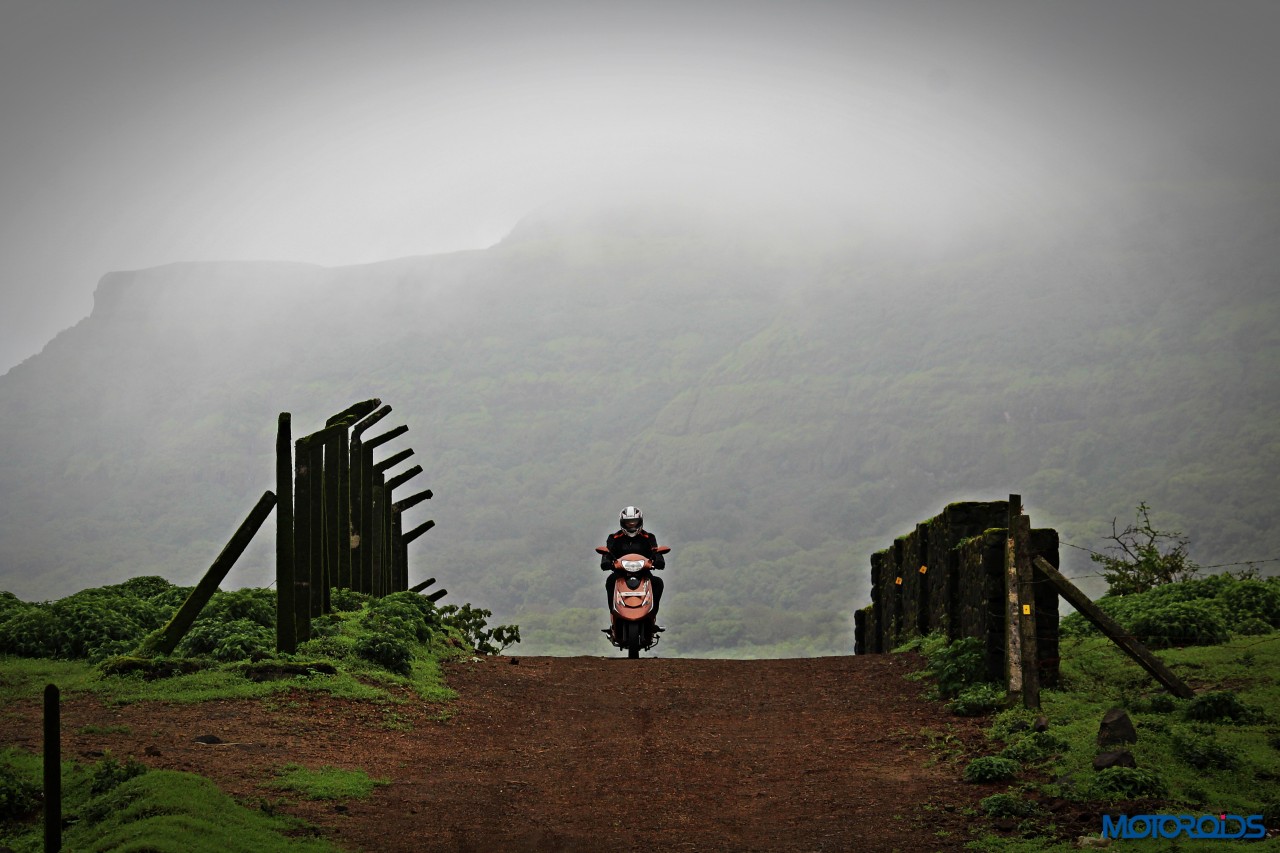 Riding on the hills can see the weather and visibility change much more dramatically than elsewhere. Water streams running across the road can break traction and send you in a low-side while bent over around a corner. Tunnels have low visibility and can totally blind you if you are riding into one from under a harsh sun with a tinted visor or goggles on. 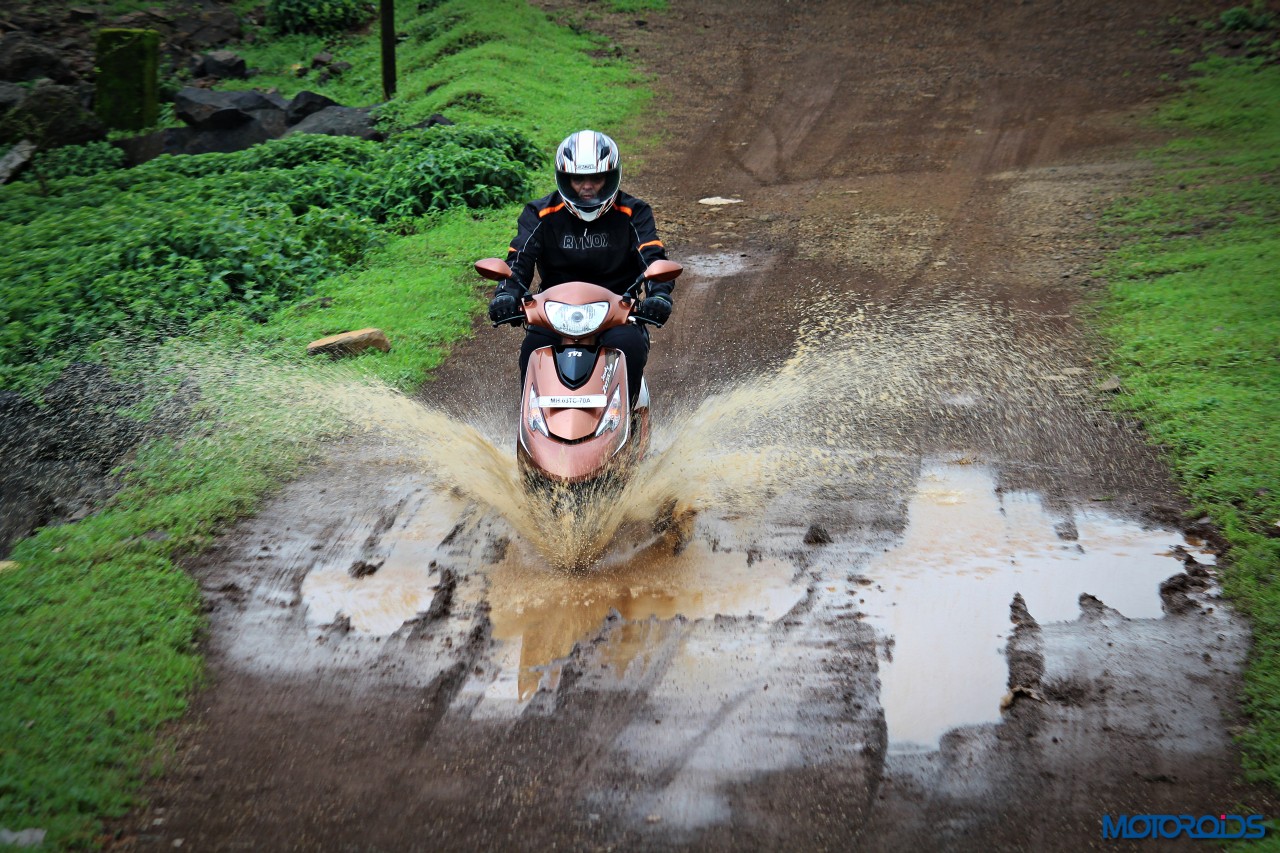 Ride with caution, keep you speeds low, and opt for a clear visor over a tinted one. Also, ensure that you are carrying water/cold resistant gear for protection and snacks while riding through the hills.

It’s simple, while going uphill, your bike’s rear wheel is loaded, so that’s where you’ll get maximum traction and braking – though you can still use your front brakes on your way up. 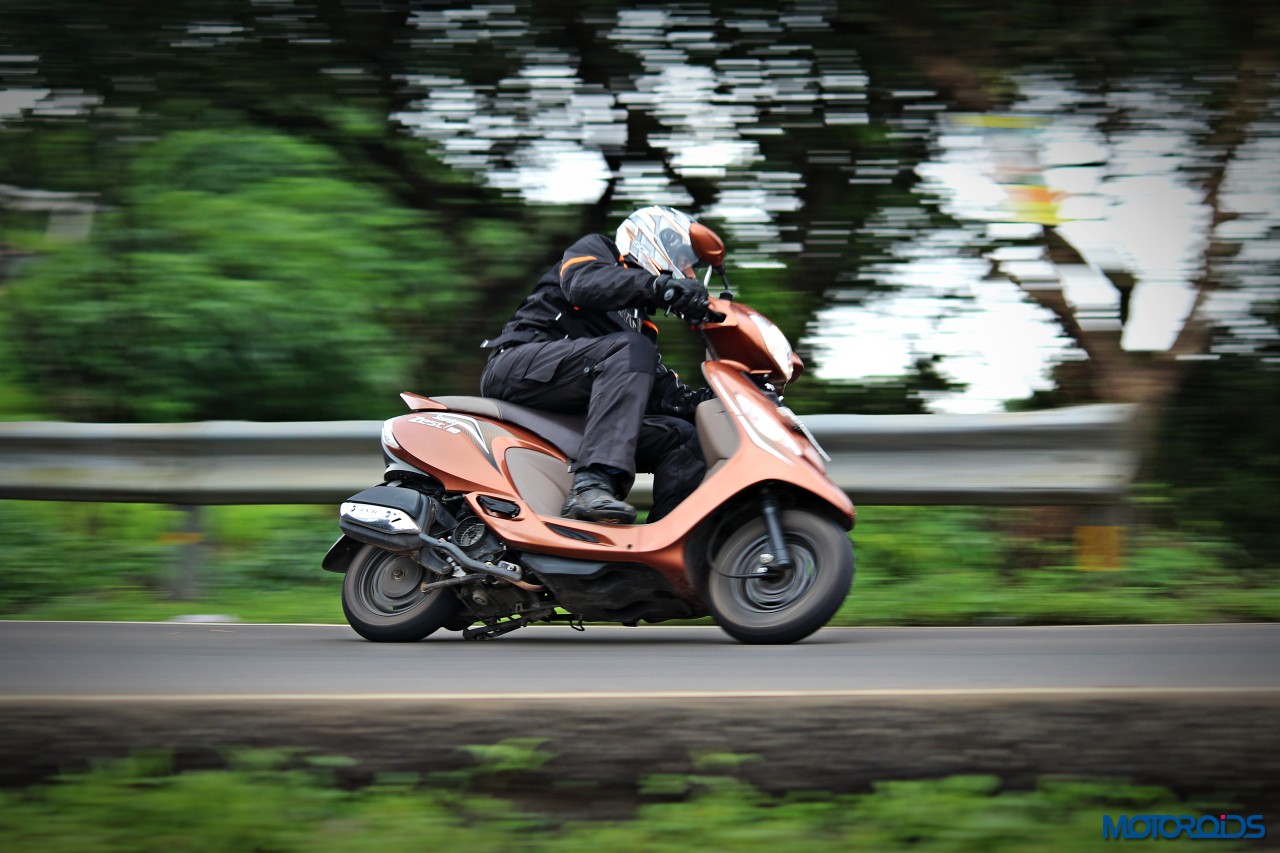 While going down, though, you have to rely almost entirely on the front brakes. Rely on the rear brakes, and you’d probably end up in the valley, or in front of the incoming state transport bus, the driver of which will flatten nonchalantly you and drive away unperturbed.

Be courteous in the hills

Riding in the hills is more troublesome for those going uphill. As a general rule, those climbing up have the right of way. So if you see that old rickety bus trying to overtake an even more rickety truck on its way up, move to the side, halt, even, and let them pass rather than trying to give them a glare. People in the hills are nice, and they’ll give you a royal treatment when you’re on your way up. And they won’t be too pleased if you don’t return the favour. 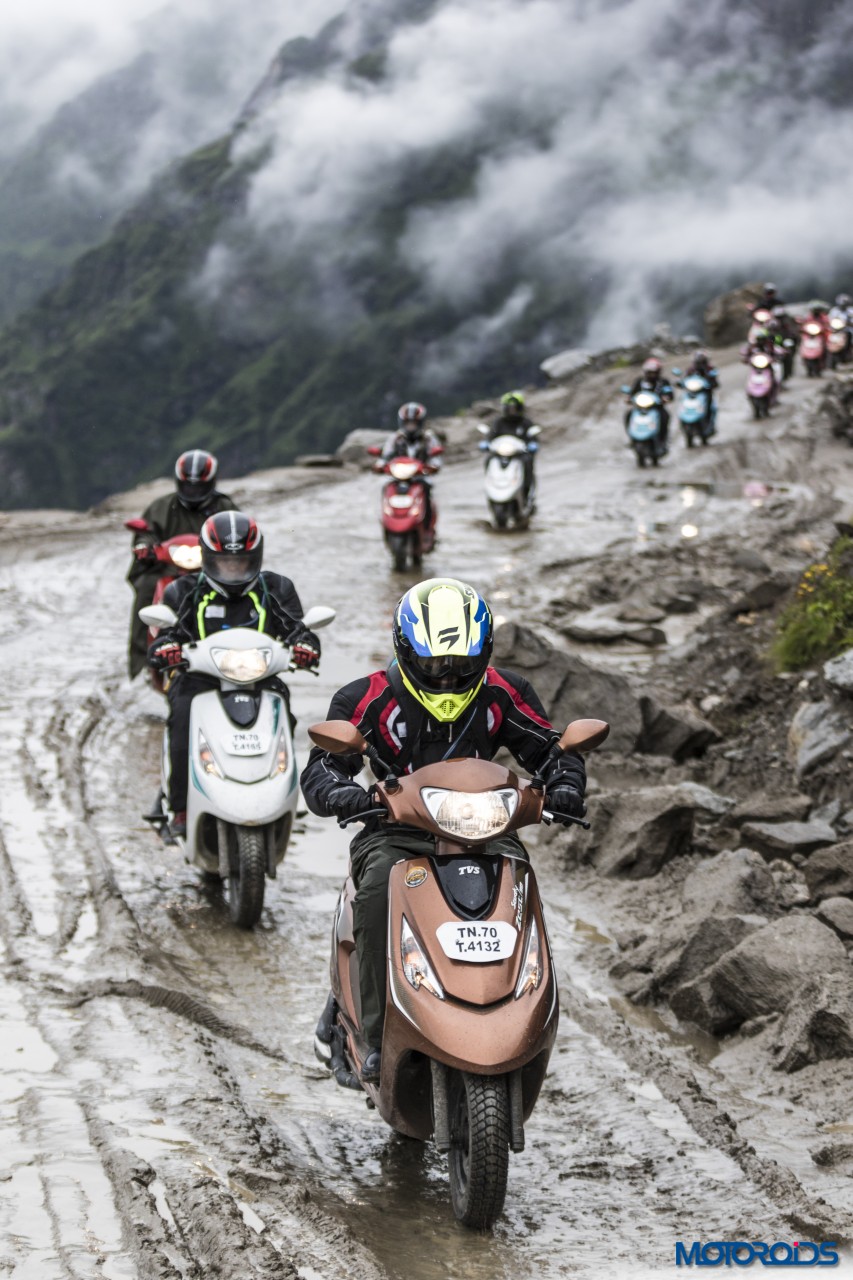 For obvious reasons including sharp bends, bad roads, inclement weather, low traction or difficult riding conditions, you’d take significantly more time covering the same amount of distance in the hills than you did on plains. Factor the extra time and effort you will take to cover the same distance while planning your trip in the hills.

Let there be light 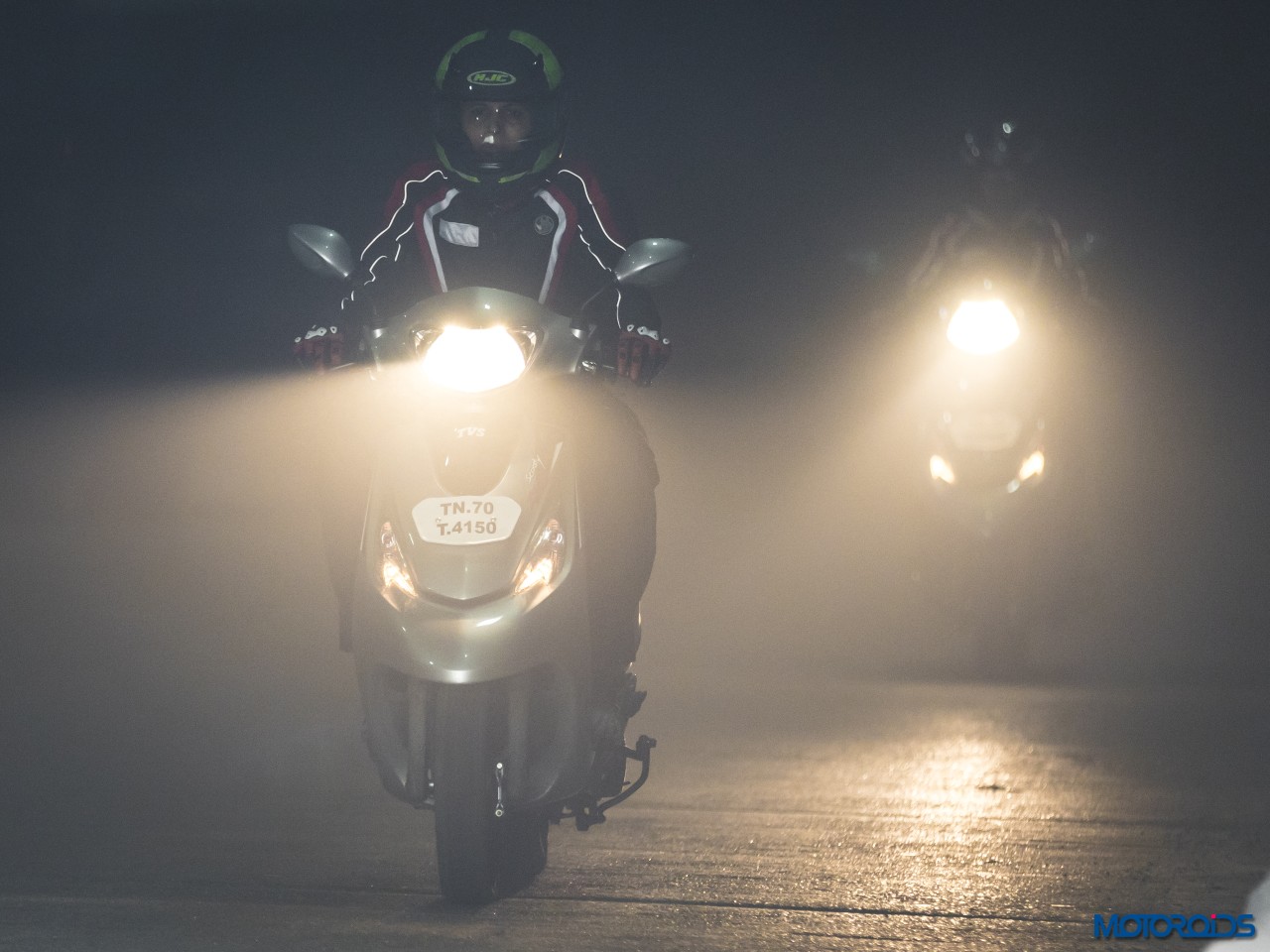 There are a few things more dangerous than riding through the hills without proper illumination. You will not be able to see the road ahead, and would probably drop to death in a valley if you are riding with a headlight gone bust. If you manage to stay on the road, you’d probably be mowed down by oncoming traffic which depends heavily on light sources from opposite direction for guidance. Be doubly sure that your electrical are good as new, and carry a few spare bulbs. DO NOT ride in the hills in dark if you don’t have proper illumination aids aboard. 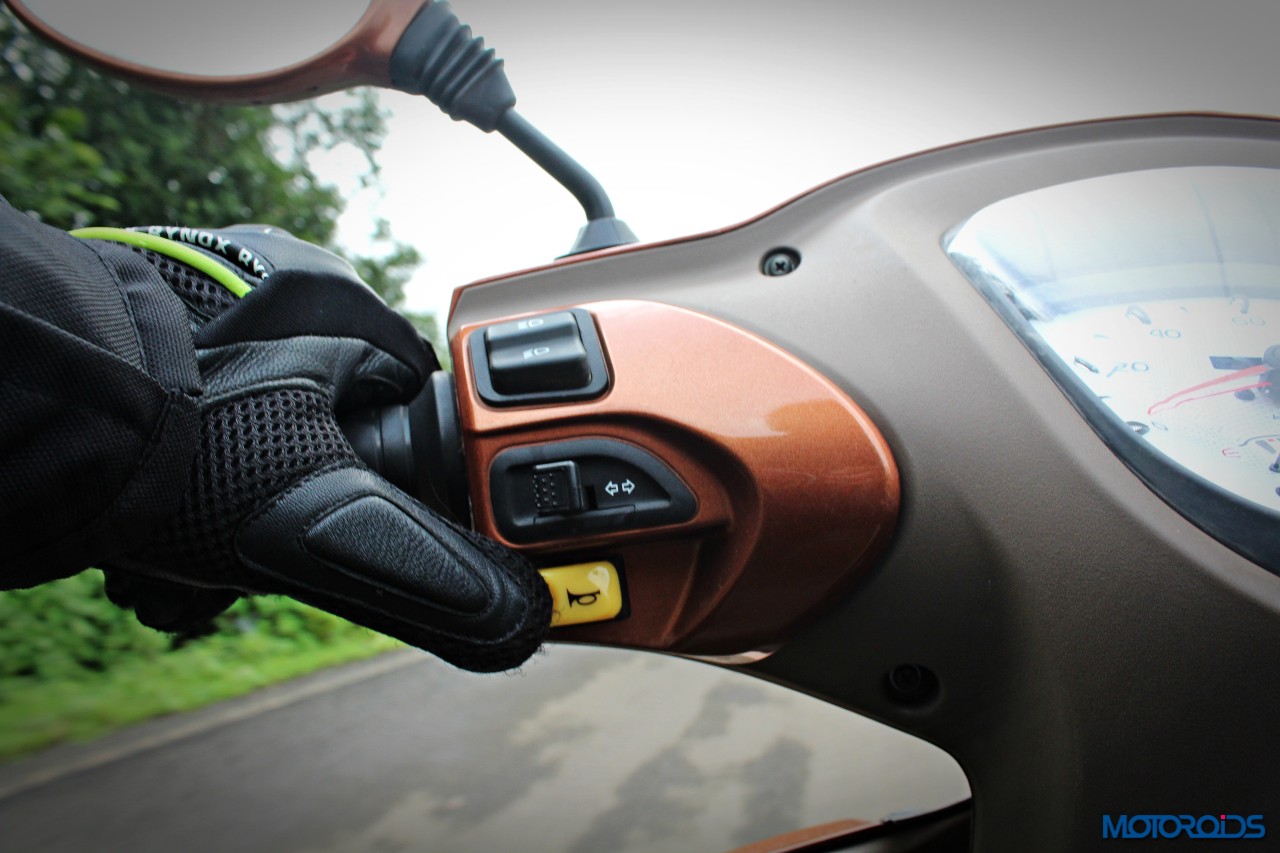 Finally, stupid and uncivilized as it might sound, honk around a blind corner while riding in India. There’s no dearth of morons in our part of the world who regularly overtake on blind corners occupying the opposing lane fully. They won’t warn you, but on your part, you can warn them, and live to see another day. Make use of that little button when you’re not sure of what’s coming at you from the opposite direction.

We hope this guide about riding in the hills was useful to you. Do let us know if you have any suggestions or questions, and we’ll get back to you as soon as possible. Do share this piece with your explorer friends, so they could also contribute their bit in riding safely through the hills.