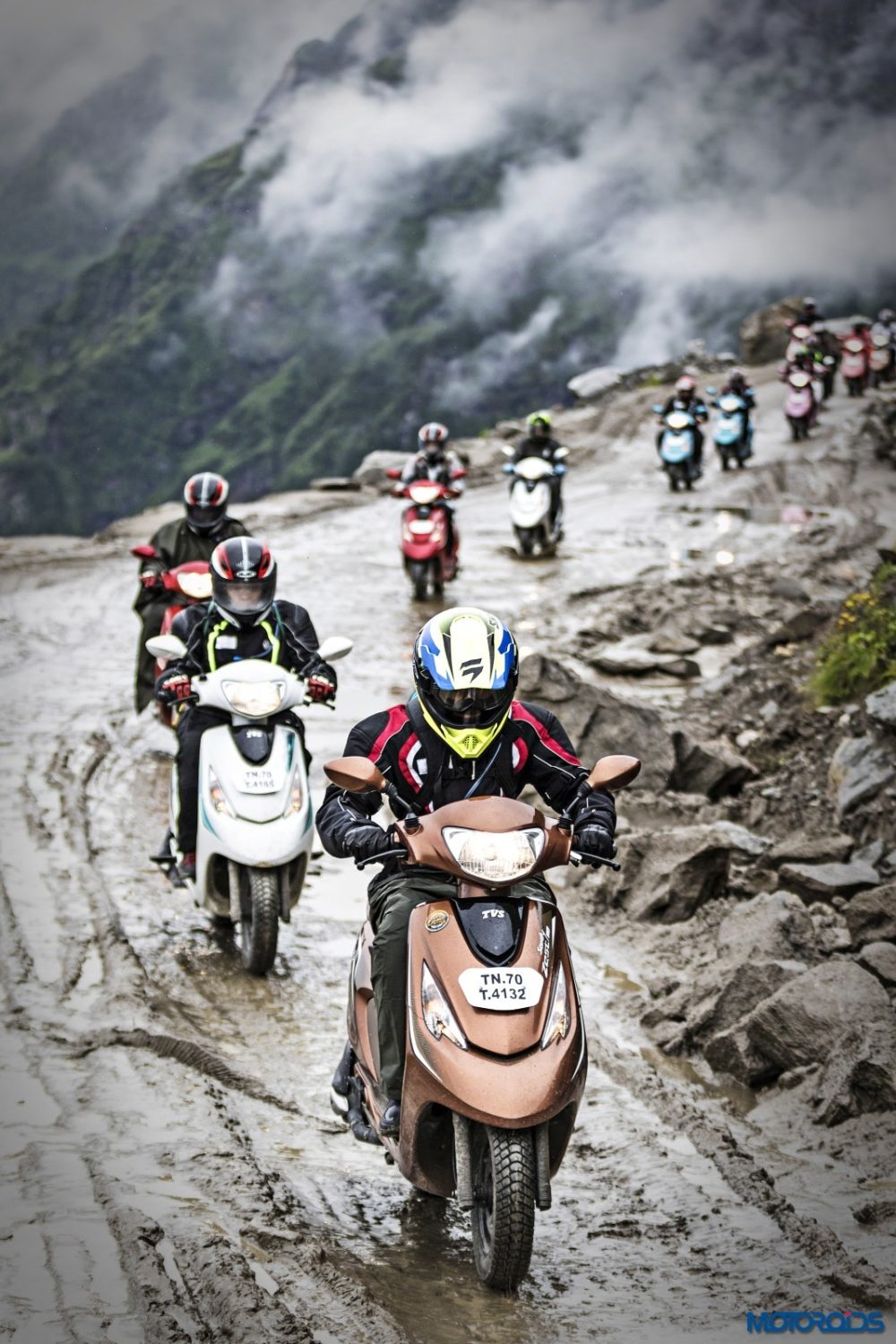 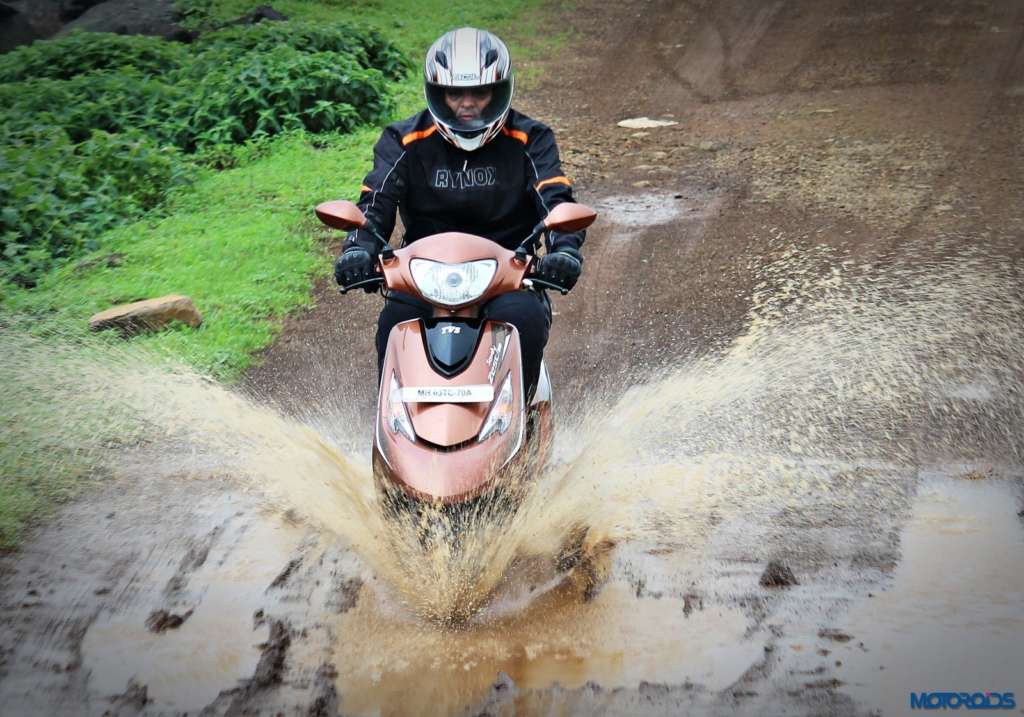 While serious off-roading at the competition level may require loads of training, in this installment of TVS Scooty Zest 110 Get on the Road, we present to you a quick guide on how to off-road safely, and more effectively. If you know how to use the machine properly, you can take it to the toughest of terrains, just as women riders of the Himalayan Highs Season 1 and 2 demonstrated by riding to the highest motorable road in the world, Khardung La on their TVS Scooty Zest 110.

You can watch the courageous ladies taking on the grand Himalayas in the video below.

Feeling all charged up to create an adventure story of your own? Let’s see how you take on the uncharted territories in a better way.

1. Lean back and come in hard in boggy conditions

Sporty street bikes are front biased, but while riding in sandy, boggy conditions on a light bike, transfer your weight onto rear wheels and carry some momentum into the surface. A heavy rear would add traction to the wheel where the power is, while a lighter front wheel doesn’t get bogged. It’s also easier to steer and skim over obstacles with a lighter front end. 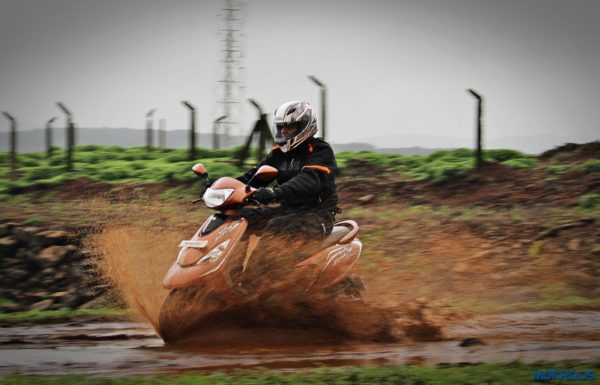 Off the road, you get significantly less traction than the grippy tar surface of the street. Things get even trickier if you are riding in wet conditions, with even lesser traction. Avoid using front brakes abruptly as more often than not it’ll make the front wash out. You can probably brake hard on a well-equipped dirt bike in conditions where there is some traction. Using front brakes off the road, however, on everyday bikes, in low traction scenarios, especially while turning is akin to committing suicide. 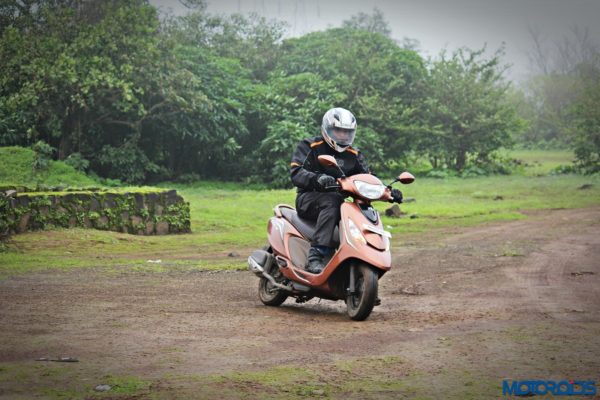 3. Ride the pegs / stand up on scooters

Riding the pegs is a great way to use your body’s joints as effective suspension to counter the jolting rough surface beneath the tyres. Also, riding the footpegs actually takes the centre of gravity to a lower point. It’s a great way to get through rough patches without a broken back and with more control. 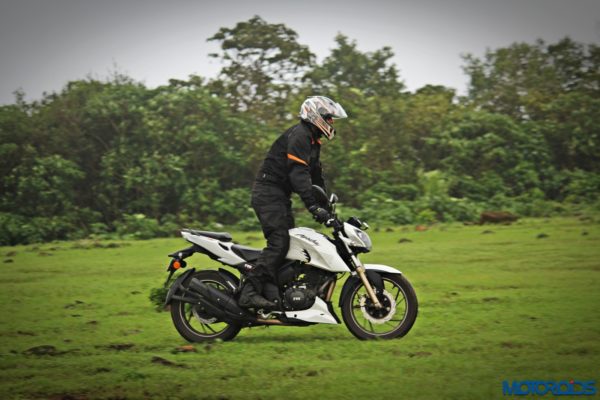 4. The two-wheeler leans, while you stay upright

This is very different from the street riding technique, where the rider hangs off the bike, trying to keep it upright for maximum traction. Here, if you are riding with off-road tyres, you lean the bike hard while turning, while your upper body stays upright atop. This also puts you in control when the bike gets into a slide, which is the very essence of off-roading.

6. Look where you wish to be

As mentioned in our previous ‘Riding in the Hills’ article as well, it’s important that you look at where you want to be, and not at an object you wish to avoid. The phenomenon is termed ‘object fixation’ wherein a rider, in a bid to avoid an obstacle, looks at it, and with the body following the head, ends up crashing into the very obstruction. This applies to off-road riding, as well as street riding. 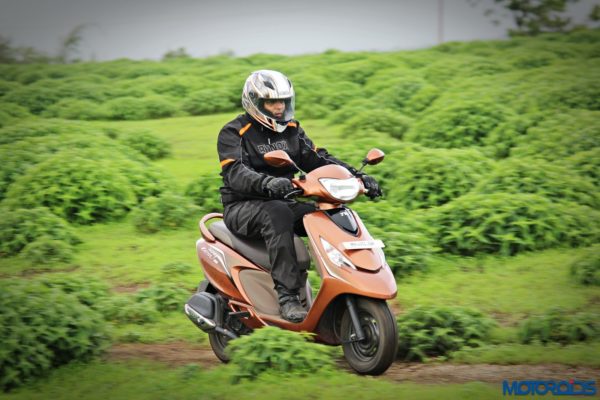 5. Tune the clutch lever, and modulate the throttle

For geared two-wheelers, it would help if you tune your clutch lever for fine modulation. Throttle control and clutch modulation is critical to control the drive at the rear wheel. Tune the clutch lever in such a manner that you can operate and modulate it using your first two fingers. The idea is to make the clutch progressive so you can control the power, and prevent it from acting like a binary unit. For CVT scooters, weight transfer, and using front brake to build revs could be a way to get out of boggy situations.

7. Keep your two fingers on brake

Many riders commit the mistake of gripping the handlebar with all five fingers. This hampers your control over the bike while switching over from handlebar grip to clutch or front brake lever. While negotiating tricky terrain, you need your fingers to be ready to dial brakes or to modulate clutch slip at any moment. The time you lose while transitioning from grip to brakes or clutch may make you lose control. Train yourself to ride with one or two fingers at the ready at all times. 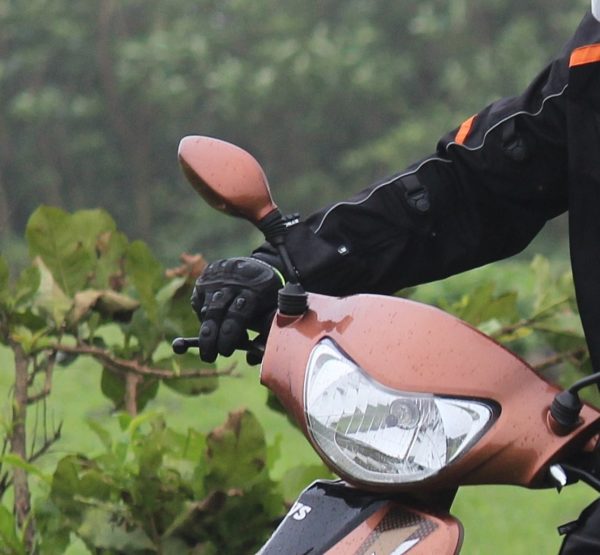 While standing on the pegs is a good way to deal with the roughs, on more slippery surfaces, like those swathed with algae, you need to sit and paddle with your feet. The tyres won’t have any traction in such circumstances and the only way out is to plant yourself on that seat, and use your feet for support and direction, as the wheels would be perennially slipping and the steering wouldn’t be too dependable either. Paddling is done at slower speeds, through very technical or slippery terrains. Remember, you don’t use your feet for thrust, that job is still done by the engine; you use your legs only for balance, support and some direction. 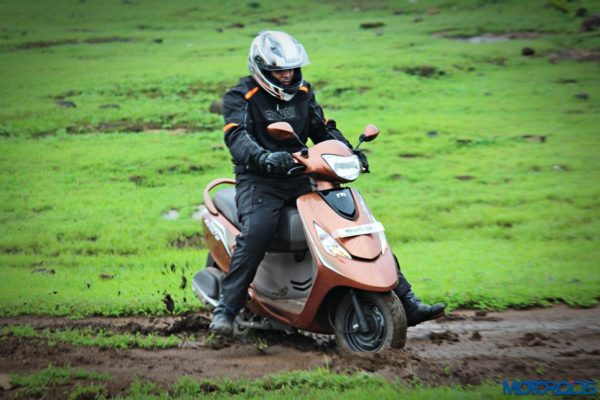 So those were some basic techniques you need to adopt while venturing out for a mild to moderate off-roading adventure. Obviously, off-roading is a vast topic and the techniques that pro riders adopt are much more detailed and beyond the scope of this concise article.

We do hope, though, that this quick guide did help you in clearing your doubts about the basic off-roading techniques. In case, however, you have any specific question, we would encourage you to shoot away in the comments section or on one of our social channels.