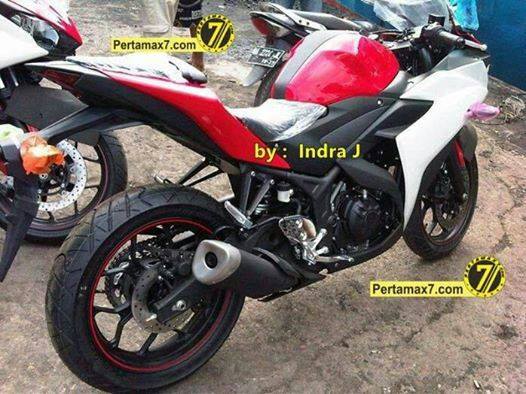 Just three days after the first batch of Yamaha R25 production model images hit the web world, the second set of Yamaha R25 production model images has surfaced, thereby revealing some more vital details of the upcoming model. Here, on this page, we’ve brought all these Yamaha R25 images together, along with a report stating the recently found details, to give you a fair idea of what the highly anticipated model would be like.

The production spec Yamaha R25 could be powered by a new parallel twin 250cc liquid cooled engine that is being expected to have a max power of around 34PS. However, many speculations have been abounding the cyber space that for cost sensitive markets like our, the Japanese bike maker will roll out a single cylinder 250cc version that should enable it to price the upcoming product competitively. The R25, unlike the R15, will be built around a tubular frame.

Watch out for this space for more production Yamaha R25 images and details.