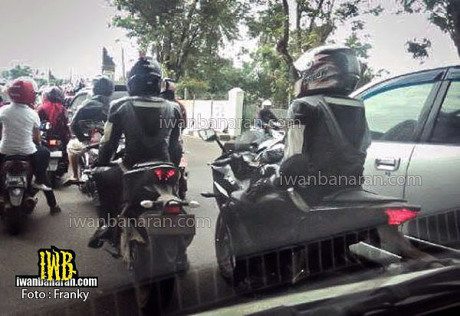 The Yamaha R25 is easily the most awaited bikes of recent times. While Yamaha unveiling the concept R25 towards the end of last year set us all bike aficionados excited, its failure in quickly coming up with the production spec model has surely dampened our spirits to some extent and has left us wondering if us having wet dreams about the final product is remotely justified. (CLICK HERE to read why the Yamaha R25 might not be worth the wait). That said, we aren’t already dismissive of the R25, rather far from it. On the contrary, in spite of several false alarms arising out of speculations, we are as eagerly looking forward to laying our hands on the production spec R25 as most bikers out there. What’s even better is that right when we started feeling that the Yamaha R25 might still be months away from coming out in its production guise, these Yamaha R25 images have cropped up on an Indonesian website, leading us to believe that the production model is not all that far from getting revealed.

Powering the production spec R25 will be a parallel twin 250cc liquid cooled engine that could have a max power of 34PS. However, speculations have been abounding that cost-sensitive markets like that of India could get a single cylinder 250cc version that will translate into competitive pricing. The R25, unlike the R15, will be built around a tubular frame.