Home News No R25? So what happened at the Yamaha RevSTATION unveiling event?

Moments ago, we came up with the LIVE thread for the Yamaha RevSTATION unveiling event. It was being said that Yamaha would unveil two new products (Tricity scooter and production spec R25) at this event. While the production Yamaha Tricity was unveiled some minutes earlier, the manufacturer has so far refrained from divulging any details on the Yamaha R25 production model. It may be noted that Yamaha has not even confirmed if the second product to come from RevSTATION would be the production R25 but the teaser video seen earlier gives us several glimpses of the R25 concept that was unveiled earlier. Also, the developers of RevSTATION website have used R25 as one of the many keywords that are being used.

So what happens to production Yamaha R25?

This is something that we and everyone has been thinking about since last few minutes. While no one seems to actually know the answer to this, it is pretty much for sure that Yamaha is indeed close to unveiling the R25 production version. Also, the official RevSTATION website shows that ‘product 002’ is still under development, hinting that Yamaha might yet not be done with the development of the R25.

The production model Yamaha R25 is surely taking a long time coming to us. When launched, it will come with a parallel twin 250cc engine that is expected to have a max power of as much as 35PS. The R25, unlike the R15, will be built around a tubular frame. It may be noted that the R15 boasts of a steel spars frame. The Yamaha R25 will be locally produced in India and this would mean that we can expect the bike to come to us at a really attractive price point.

Stay tuned to Motoroids for more details on the Yamaha R25. 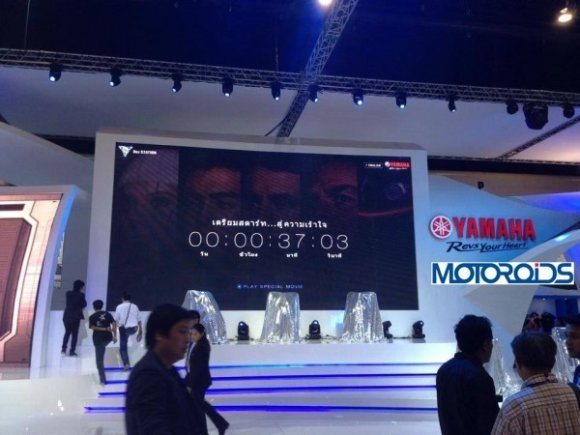