Home News VIDEO: The 2020 Toyota Supra Sounds Just As Visceral As The Original

At the Detroit Motor Show on January 14th, an icon will return when they take the covers off the new 2020 Toyota Supra. While its face has already been revealed in a spy image, the actual car looks pretty identical to the GR Supra Racing concept which was first revealed at the 2018 Geneva Motor Show. Unlike earlier reports which hinted at a V6, it is now confirmed that the fifth-gen Supra will be powered by a 3.0-litre inline 6 engine.

Power, all 400 hp+ of it, in all probability, will be sent to all four wheels. A few hardcore Supra worshipers have been squinting at the fact that this new motor has been sourced from BMW and might not be a match to the legendary 2JZ. But hey! Remember who made that monster of a motor which powered the McLaren F1 we still worship? 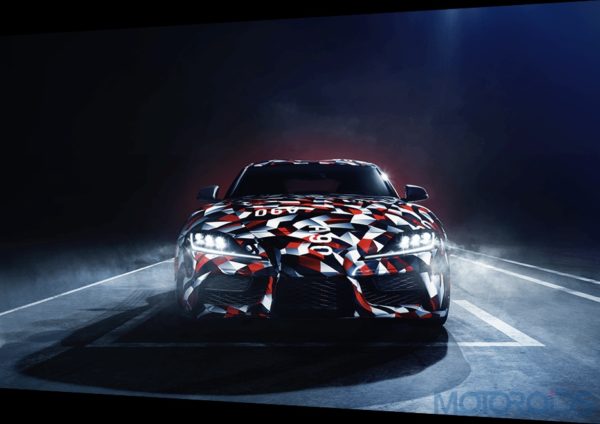 In any case, during these times when car culture is dying and SUVs are all the rage, we’ve got to give it to Toyota for resurrecting a low-slung icon like the Supra. Find your headphones, listen to the pops, crackles, and all the aural drama which is an essential part of the perfect sports car experience. And while this is still a factory-spec car, expect things to get louder and monstrous when this Supercar killer lands in a mod shop.