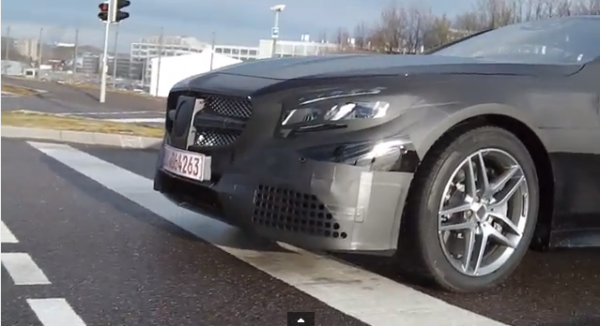 Regular Motoroids reader Toldi has sent us a video clip showing a lightly camouflaged upcoming Mercedes S Class coupe, which has been caught testing in Stuttgart, Mercedes’ home town. The new S Class coupe will make its public debut at the fast approaching Geneva Motor Show  2014 and the car will replace the CL-Class in Mercedes’ product portfolio.

If the leaked images we saw earlier are anything to go by, the Mercedes S Class coupe would be look much like he S-Class Coupe Concept that was released in September 2013.

The S Class Coupe could share its engine options with the sedan variant and could go on sale in both S63 and S65 AMG variants. Interiors too would mimic those of the sedan. The major differences though, will be seen at the steering wheel, which will boast of a new design. Also, the wood trim could be relaced by metallic equivalent. 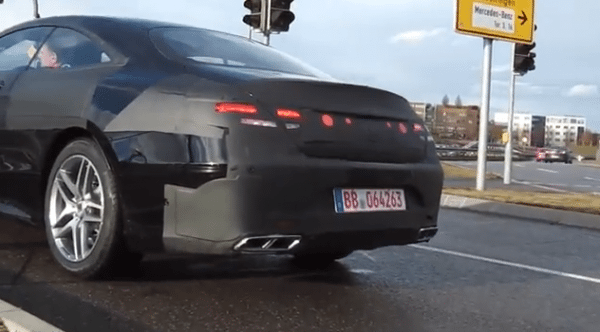