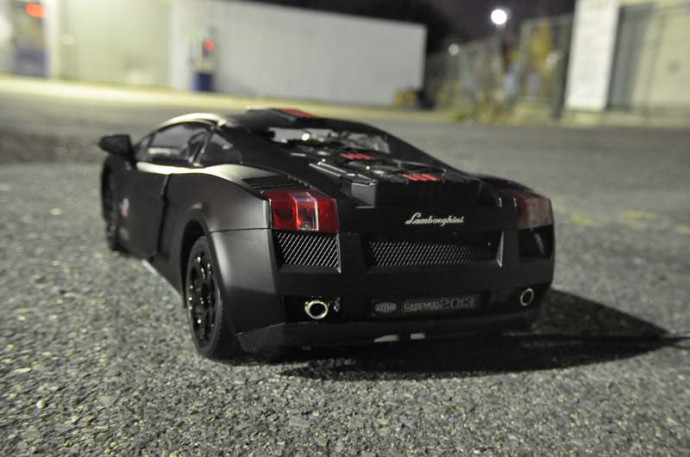 At first sight this looks like remote controlled scale model, but this black Lamborghini Gallardo is actually a computer case. In fact, it was a remote controlled car earlier- but the parts have been carefully removed and replaced with the necessary CPU hardware that’s good enough to run your home PC. Also the size is small enough to lug around places where you could just plug in the Lambo into a desktop monitor and start working. We wish there was something like a portable computer screen so that we could flaunt it around instead of carrying our laptops. 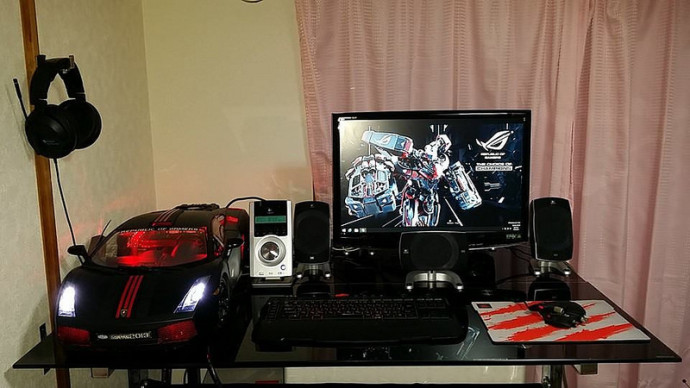 A creation of Von Carlo Rasonabe, who has submitted the Lambo CPU design to Taiwanese computer giant CoolerMaster. Fitting entire contents of a CPU into something that looks like a 1:8 scale model is indeed a commendable job. Do take a look at the meticulously placed components and though the seats have been removed, the steering still stays and gives the Gallardo computer case a neat look. 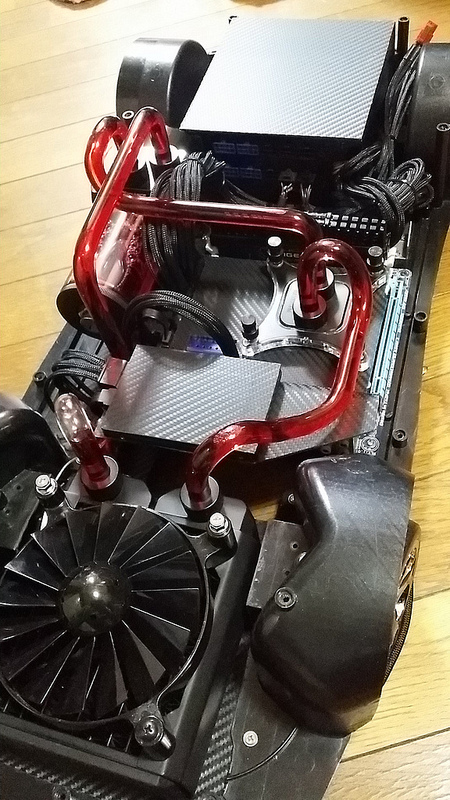 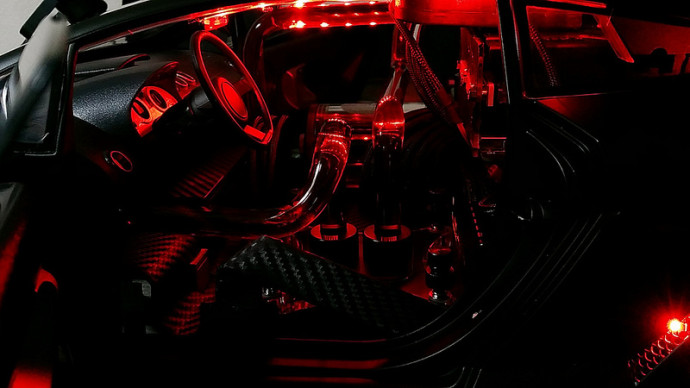 Also the interiors of the car have been souped with red LED lights that makes the black Gallardo CPU case look even more better in dark. Von has retained the headlights of the Gallardo that lights up when the CPU is powered on. Now only if it could also roar up like an actual Lamborghini when switched- rather these sounds could very much be used for start up and shutting down of the system. 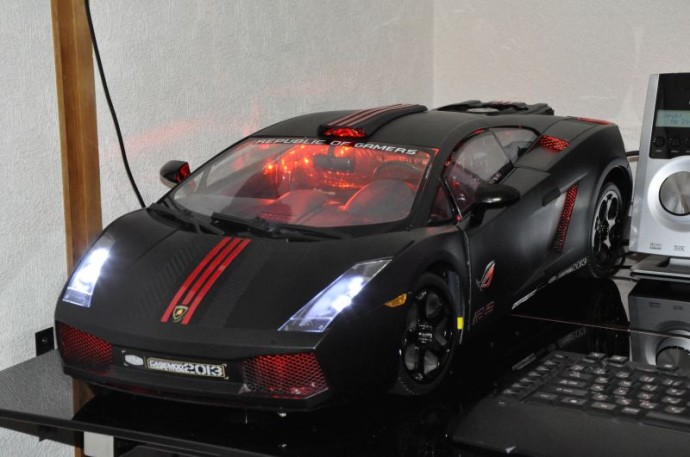 Owing a real Gallardo would be a forlorn dream for us, but we’d love to have this Gallardo in our garage….err we meant on our desks!