Drivers have been getting fined Rs. 200/- on the Mumbai-Pune Expressway, since their passengers haven’t been wearing seatbelts. Earlier, this rule was strictly mandated for drivers and front passengers only, but now, it is compulsory even for occupants in the back seat. The plan to enforce this rule was started by Additional Director General of Police, Rashmi Shukla. A special police team was formed for this very purpose which regularly requested drivers and passengers of trucks, buses and cars to wear their seatbelts. But for the last two weeks, the team has been fining drivers and passengers Rs. 200/- every day, to further enforce this rule. 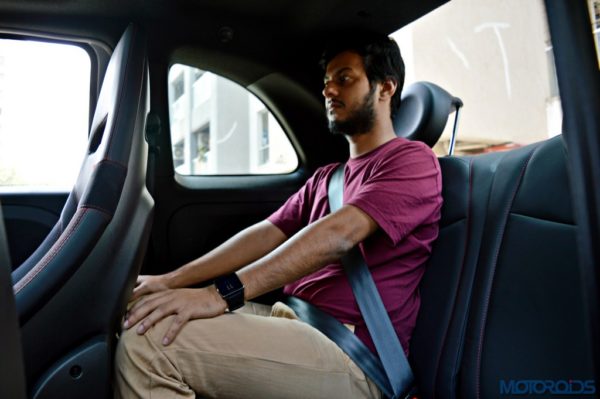 “Two teams each, consisting of four constables have been posted round the clock at the Urse toll post on the Mumbai-Pune Expressway. Initially, they only requested drivers and passengers to wear their seat belts but have now have started fining them. Rear seat passengers are also required to wear seatbelts,” said Superintendent of Police of the Highway Safety Patrol (HSP), Amol Tambe. However, there is a fly in the ointment and the rule cannot be implemented in full, Tambe fairly pointed out since cars that seat five passengers mostly come equipped with only two seatbelts at the rear. Similarly, vehicles that were manufactured until the mid-90s are exempt from this rule since cars weren’t provided with seat belts in the rear back then.

If you think this is going overboard then this may seem ironic to you. Allow us to tell you why this is so important. The Regional Transport Office (RTO) officials and the central government have revealed that majority of the fatalities that involve backseat passengers that were not wearing a seat belt happen due to the fact that in a collision, these passengers are flung towards the front windscreen on impact.

In some cases, the rear passengers can even be flung directly into the seat ahead of them which causes the front passengers to be pushed into the dashboard. Tambe also added that under the provisions of the Central Motor Vehicle Act, it is the driver’s duty to get his passengers to wear their seatbelts, especially for tourist vehicles. Collisions can occur anywhere, be it on our city streets or fast-moving expressways. We believe the government should make it mandatory for every occupant to buckle up, everywhere, as long as they are inside a moving vehicle.