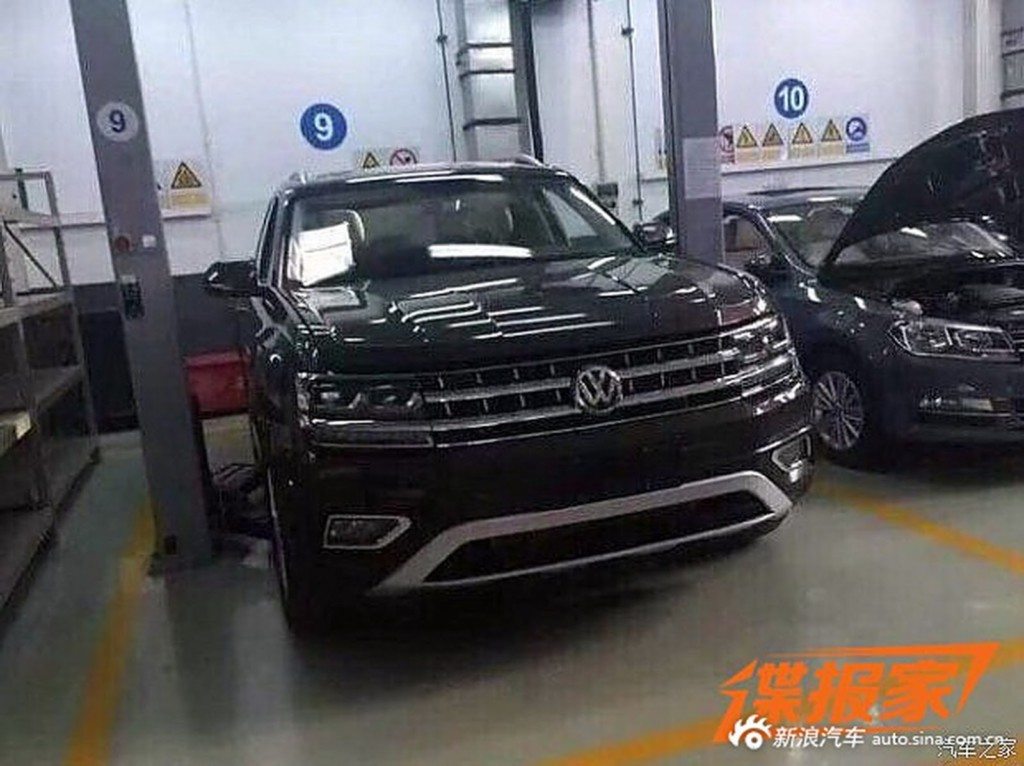 Remember the Volkswagen CrossBlue concept from 2013? No, so let me rekindle it for you. The CrossBlue debuted in Detroit as a precursor to the biggest SUV from Volkswagen till date. Yes, that’s right, with close to 5 meters long, a little more than 2 metres wide and is 1.7 meters tall, the CrossBlue concept is even bigger than the Touareg. Naturally, it packs seven seats inside in three rows, and size not withstanding, the production version will slot in between the Tiguan and Touareg. 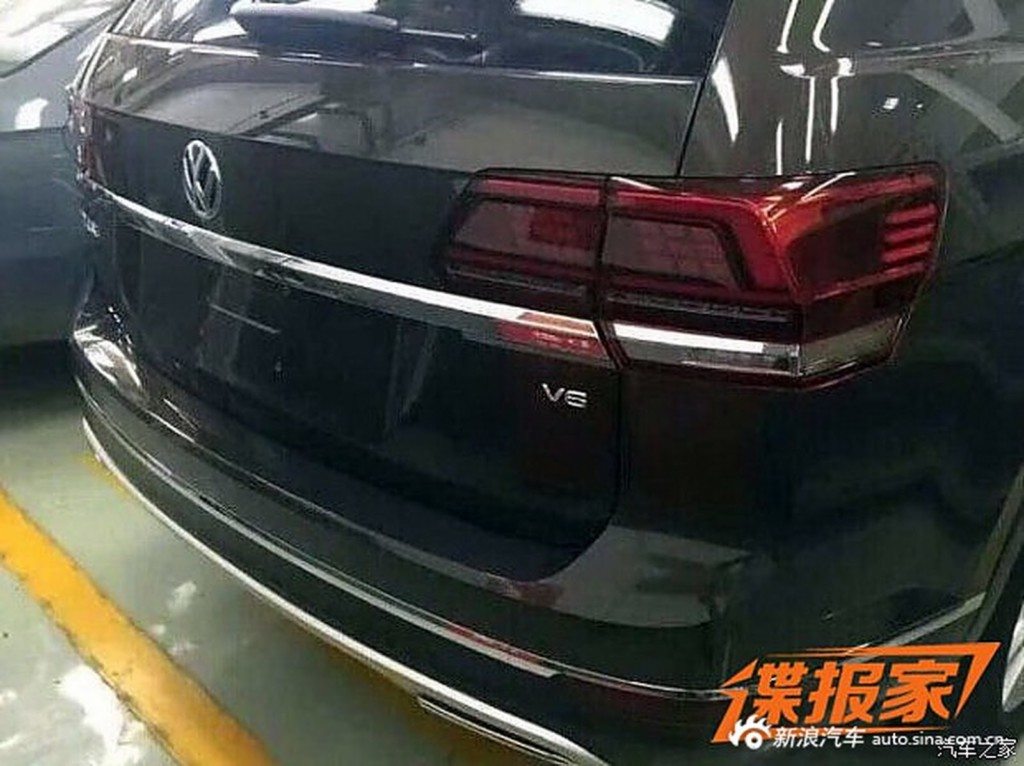 And now, the production version, rumoured to be called the Teramont, has been spied completely undisguised in China ahead of its launch this year. As expected, its appearance stays pretty honest to the concept, with a jewelled, upright front end, a long silhouette, and a smart rear end. The interiors are derived to the concept as well, right down to the design of the dashboard. Of course, things, both on the outside and inside, have been toned down for production. 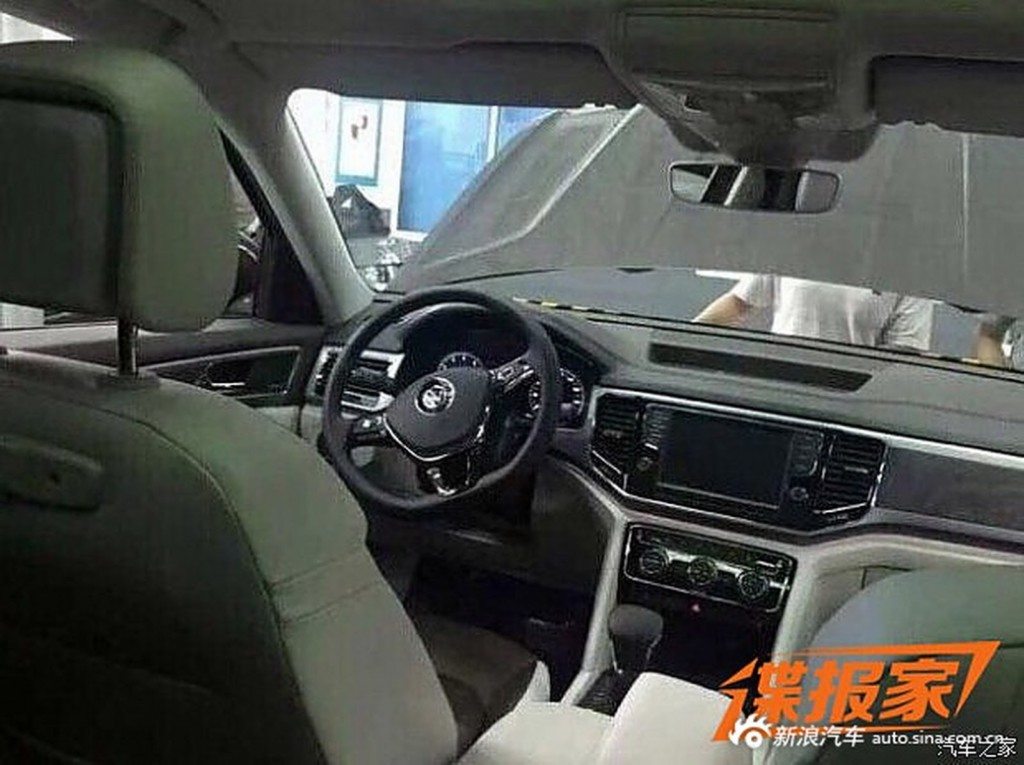 If you drive a new Polo, that steering wheel will look too damn familiar.

The Teramont will be based the Volkswagen Group’s MQB platform, and is expected to carry over the dimensions from the concept. The prototype seen in these grainy images is powered by a V6 engine, that’s supposedly the 280 hp strong, 3.6-litre petrol unit from the latest Passat. There’ll be other engines on offer too, like a 1.8- or 2.0-liter TSI four-cylinder unit, along with a choice of manual and dual-clutch automatic transmissions to pick from. 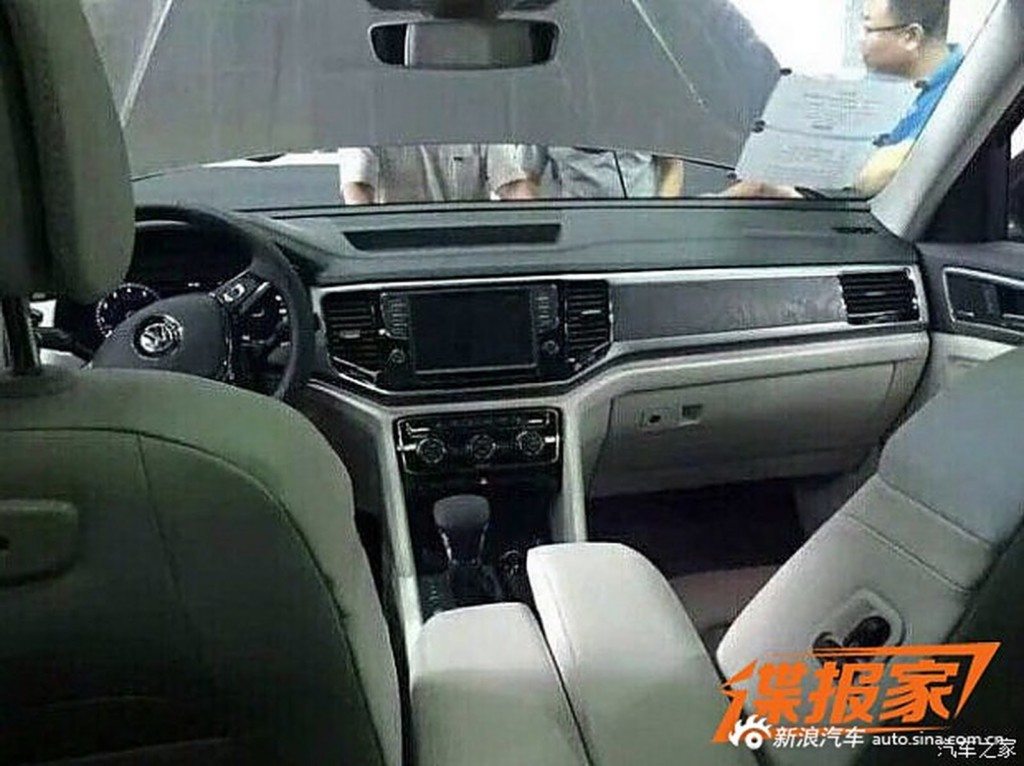 The CrossBlue concept was powered by a 2.0-litre diesel engine paired to two electric motors, one on each driving axle, to produce a combined 302 bhp and give the full-size SUV a 0-100 kph time of just 7.2 seconds. So its possible that a plug-in diesel electric hybrid drive-train might make an appearance on the Teramont some years after the car has been launched. The China-spec VW Teramont in these images will be locally manufactured by SAIC Volkswagen, while Teramont for America will be manufactured at the Chattanooga plant in Tennessee.