The 20th Raid de Himalaya convoy consisting of massive trucks carrying the XUVs of Team Mahindra, the racing bikes of Team TVS and various other vehicles are stuck in a huge traffic jam on the Jammu-Srinagar highway, forcing the organisers to look for alternate options. With the Rally scheduled to start in just three days on the 8th of October in Leh, the massive 40-kilometre long line-up of trucks and other vehicles has the teams worried. Team Manager of Mahindra Adventure (Rally Program) Philippos Mathai said that their trucks have been stuck just short of the Chenani-Nashri tunnel near Udhampur for four days! 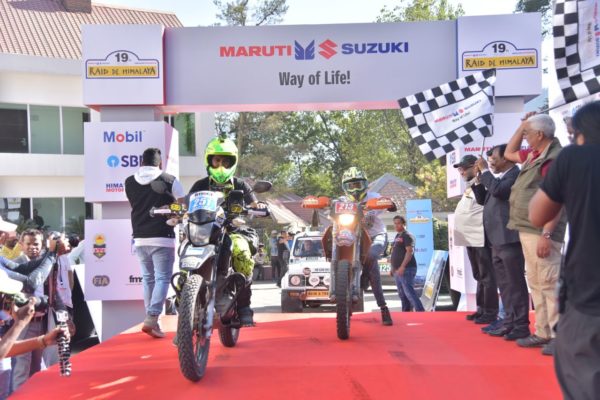 “The traffic finally began to move at about midnight. But the line-up is so long that our trucks could start moving only at about 6 am. Even then, the jams up ahead and the heavy traffic on the road is impeding movement,” Mathai explained.Achu S Nair, part of the management staff for Team TVS, also pointed out that their trucks got moving for a few kilometres. “But our trucks are still in Udhampur, about 600 km from Leh. They haven’t even crossed the Chenani-Nashri tunnel till now. It’s a very worrying situation, and we are looking at all alternatives,” he said.

Team Mahindra will see Philippos Mathai and Amitrajit Ghosh fighting for top honours. The two veteran rallysists are expected to reach Leh by October 7 but they are not so sure of their cars. They have already decided their plan of action though. “The scrutiny for the Raid begins on October 8. If the trucks don’t make headway and don’t reach Leh by October 7, we will move towards the trucks. We will unload the XUVs and return to Leh, so that we will reach in time for the second day of scrutiny on October 9,” Mathai said. 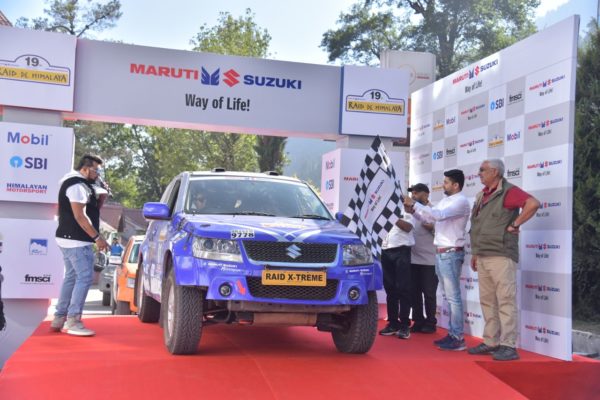 The service vehicles can reach Leh even by October 9, since the real action in the Raid will begin only on October 10. Team TVS, however, does not have the option of unloading their bikes and riding them to Leh. “These are race-tuned motorcycles and are not meant for road use. Riding them to Leh is out of the question. It will severely impact their performance. It is important that our racing bikes are in good shape when Raid de Himalaya begins,” Nair said. Team TVS is exploring the option of hiring smaller transport vehicles on which the bikes can be loaded and brought to Leh. 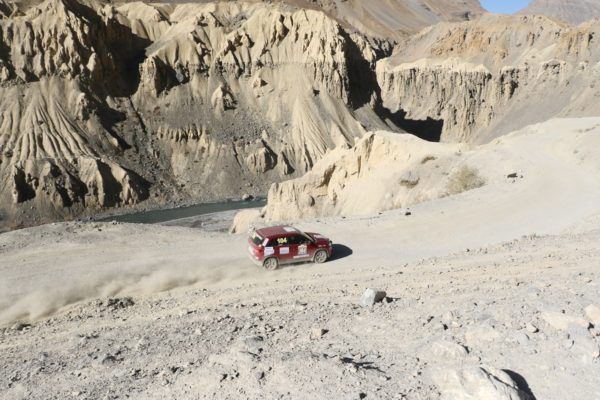 A few other competitors who were on their way to the Raid took the precaution of avoiding the Srinagar-Kargil highway. They drove down to Jammu, then took the Mughal Road, to reach Srinagar. The Mughal Road goes across the Pir Panjal range to enter Kashmir valley via Shopian, crossing the mountain pass Pir ki Gali at a height of 3,485 meters. Raid de Himalaya is the flagship rally of the country’s premier motorsport club, Shimla-based Himalayan Motorsport. Its president Vijay Parmar said that in September-end, the snow blizzard on the higher reaches of Himachal Pradesh closed Rohtang Pass and Baralacha La. “After the heavy snowstorm, the highway to Leh via Manali was closed, adding to the woes of the competitors,” he said.

Parmar said the decision to begin the Raid de Himalaya from Leh this year turned out to be providential. “If we had gone ahead with our usual start from Shimla or Manali before heading towards Kaza, we would have had to cancel it. The competitors and teams are now facing major logistics problems, because of severe traffic jams. If the vehicles do not reach Leh on time, it will impact the Raid,” Parmar conceded.