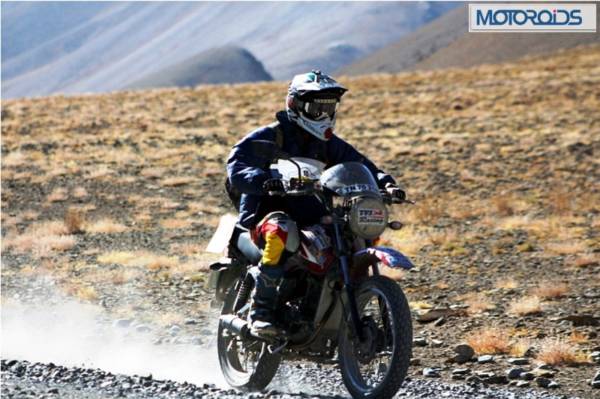 With temperatures as low as minus 15 degrees Celsius, making normal breathing difficult due to lack of oxygen at high altitudes, the entire team ensured that Natraj’s TVS Apache RTR 180 was perfectly tuned according to the requirements of each competitive stage to purr flawlessly across the finish line. Natraj consequently achieved a successful podium finish, coming third overall in the X-treme two wheeler category upto 450 cc.

A total of 153 cars and bikes had entered the Maruti Suzuki Raid-de-Himalaya this year, the highest number of entries so far. Traditionally, only about a third of the participants are able to complete.

The final list of participants in the Xtreme (Moto and Quads) who crossed the chequered flag are as follows: