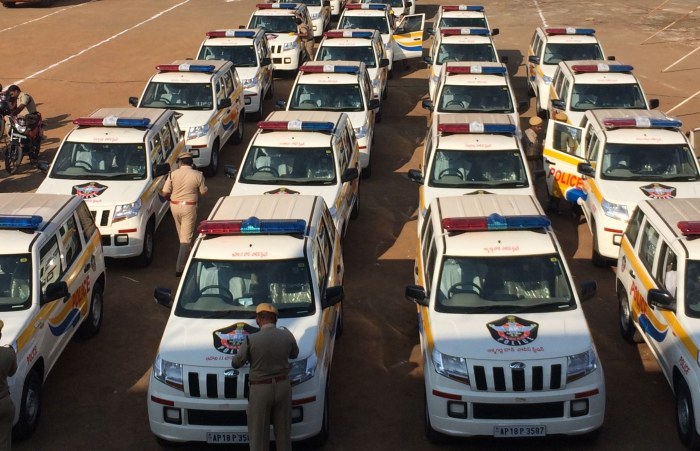 The Andhra Pradesh state police have inducted a fleet of Mahindra TUV 300 SUVs as their vehicle of choice. Sri Nara Chandrababu Naidu, Hon’ble Chief Minister, Government of Andhra Pradesh, recently flagged off Mahindra TUV 300’s from IGM Stadium, Vijayawada. As many as 242 units have now joined the fleet of Andhra Pradesh police. These SUVs will help the police force perform patrolling duties in the state of Andhra Pradesh, enabling police personnel to chase the bad guys across various road conditions. The SUVs have been modified with a set of police lights on top and even a logo placed on the bonnet along with more police themed livery. 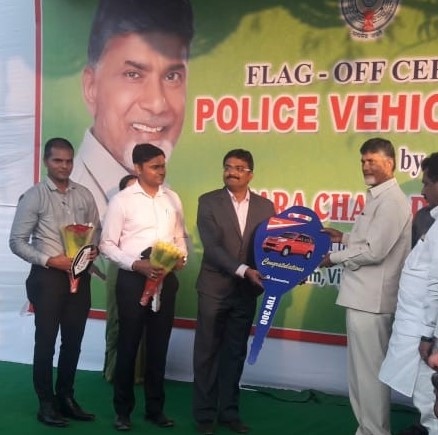 This isn’t the first time the TUV 300 has been the top choice for police personnel. This SUV from the Indian carmaker has also been used in the police fleet of various other parts of India. States which currently use the Mahindra TUV 300 are – Mumbai, Rajasthan, Kerala, Arunachal Pradesh and some more. It seems that the TUV 300 is gradually becoming the go-to vehicle for various police forces. This SUV can seat as much as 7 people and packs in enough space for the officers to carry crucial equipment and whatever else they may require. 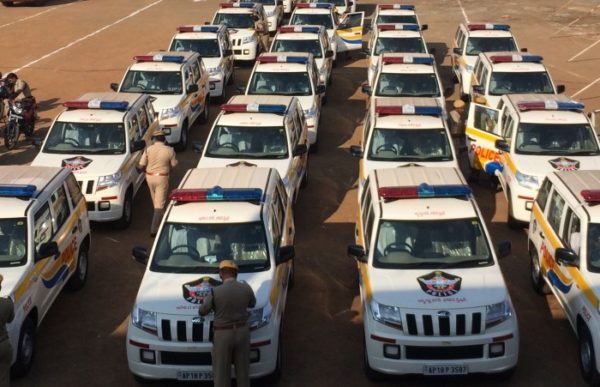 Also Read: Gujarat Police May Ban You from Driving If You’re Caught On The Wrong Side Of The Road

The TUV 300 is powered by Mahindra’s mHawk engine. The 1,493 cc oil burner is capable of producing a maximum power of 100 hp at 3,750 rpm and 240 Nm of torque between 1,600 to 2,800 rpm. The car comes mated with a 5-speed gearbox. Measuring less than 4-metres in length, this SUV is 1,835 mm wide and 1,826 mm tall. A ground clearance of 184 mm means that bad patches of road and even some off-road manoeuvres will be possible. The car is just right to fulfil the needs of the police force of Andhra Pradesh.