Who wouldn’t want to own a Lambo? Well, as good as it sounds, reality often disappoints. But if you want to convert your basic sedan to a Lamborghini, then there are a few modification companies like V Mod, who might help. In this case, it is a 2006 Honda City ZX. In India, you may find many people modifying their Hondas to look more sporty, but here we see a customer, who wished to convert his Honda City ZX to a complete luxury supercar, the Lamborghini Centenario Roadster.

V Mod have worked on this project for a long time, and it looks like they have finally achieved the perfect look. The special features on the newly converted City include an electrical folding roof, height adjustable bumpers and side skirts, along with scissor doors and Lamborghini specific alloy wheels. Even though the design quality of the headlamps and taillamps could have been much better, the overall car looks great. If the wheels and wheel arches would have been a bit bigger, then this project would have been an exact replica. The customization uses a Fiery Red shade with a dash of black, that could get you the attention a standard Lamborghini would get. 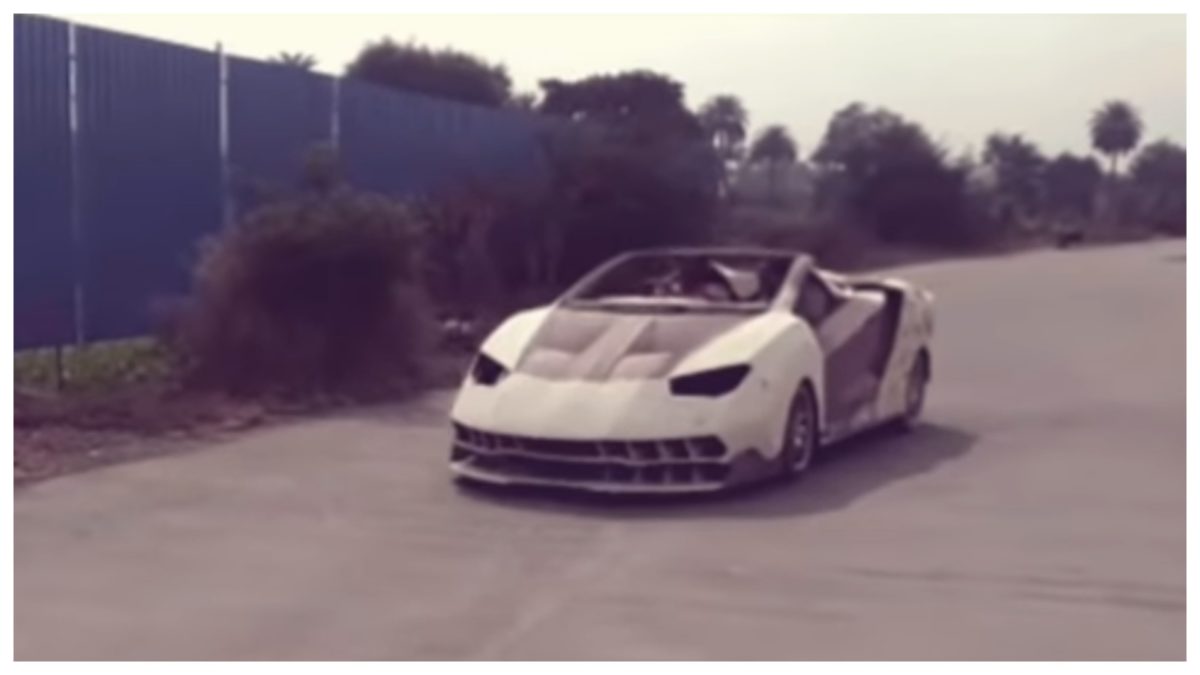 Also Read: Hyundai Venue Visits A Digital Chop Shop Within A Day Of Saying Hello To The World

The Lamborghini Centenario Roadster is a performance-driven convertible which gets a carbon-fibre monocoque frame along with carbon-fibre bodywork. The Roadster gets the same highly responsive 6.5-litre, V12 engine from the Centenario which delivers around 770 HP at 8600 rpm and 690 Nm of torque at 5500 rpm. This helps the roadster reach 100 kmph in just 2.9 seconds, and provides a top speed of 350 kmph. The Centenario Roadster is also equipped with features like rear-wheel steering and an electronically operated spoiler. However, the 2006 Honda City ZX on which this modification has been carried out is powered by a 1.5-litre, 4-cylinder engine which produces 100 HP at 5800 rpm and 133 Nm of torque at 4800 rpm. Unlike the original Centenario Roadster, the Honda City only gets front wheel drive and a 5-speed gearbox. This entire transformation from a Honda City to Centenario Roadster was worth Rs 7.5 lakhs.