You would call a person insane for trying to embark on a bike journey from the Arctic to the Antarctic. A few months back, 3 such insane people – Deepak Kamath, Avinash PS, and Deepak Gupta embarked on the same journey, which would cover more than 50,000 km from one pole to another. Despite have no support or any form of back up, the riders completed the ride successfully with no breakdowns or other setbacks. This makes the Bajaj Dominar the first and only Indian bike to conquer the icy terrain of Antarctica. The journey took the riders on a 99-day journey across 15 countries and 3 continents. 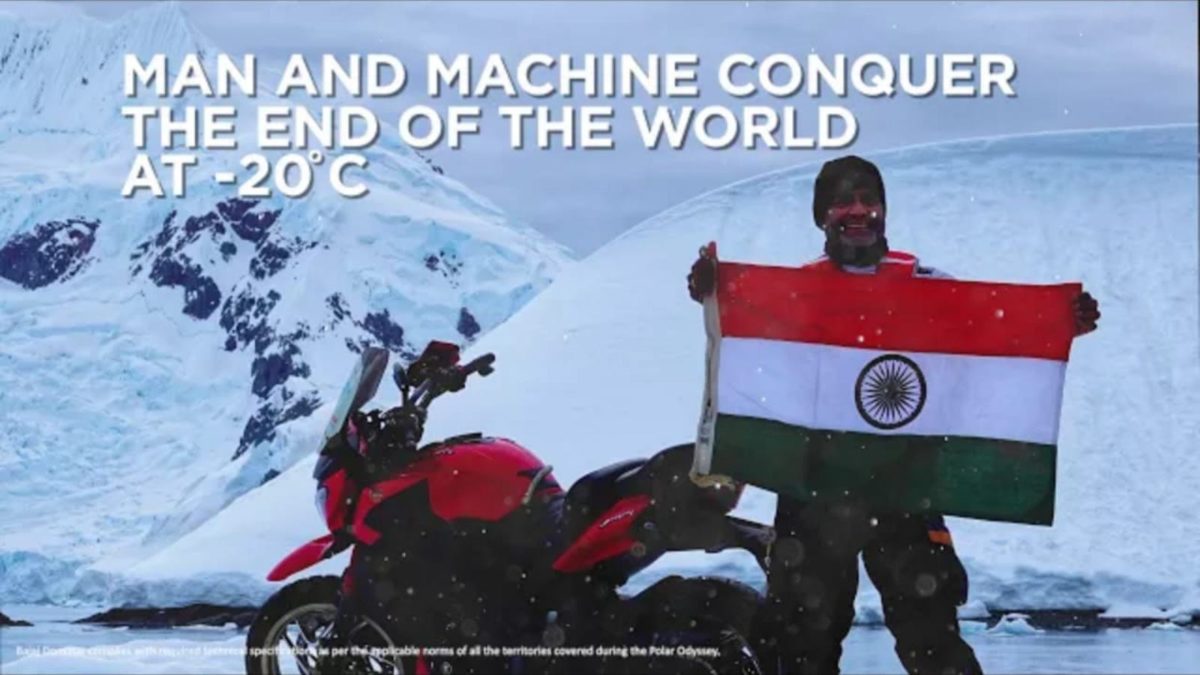 The Dominar needs to be applauded for completing such a journey, that too without a single break down. The bike was ridden more than 500 km every day, for 99 continuous days. This would have indeed put the machine under unimaginable stress. This goes to prove how well the flagship bike the Dominar has been built. The Dominar has successfully completed many more such expeditions and there is no doubt in mind that the Dominar is a highly capable machine. The Dominar is also now due for an update and has been spotted quite a few times undergoing tests for its roadworthiness, click here to learn more about that.

Led by Deepak Kamath, the men endured this journey. Deepak Kamath has been riding for over 30 years now and was part of the Dominar Trans-Siberian Odyssey. Avinash PS is a mechanical engineer by profession and a passionate motorcyclist and photographer. Deepak Gupta, an avid rider, is an active member of the Group Of Delhi Super bikers (GODS). This epic journey is one major addition to the numerous bike rides and expeditions done by these three gentlemen. Below is a video linked which celebrates this achievement of the riders.