Home News Tata Tiago JTP Will Be Powered By A 110 Hp+ Engine!

It takes some serious guts for a manufacturer to introduce a performance oriented car in a fuel economy obsessed market like ours. Further, making a fast car isn’t easy as it requires fitting additional and expensive components over a regular vehicle. However, it seems Tata Motors has cracked that code and for the belief it has in the enthusiasts among us, a 110 HP+ Tata Tiago JTP will be upon us soon. 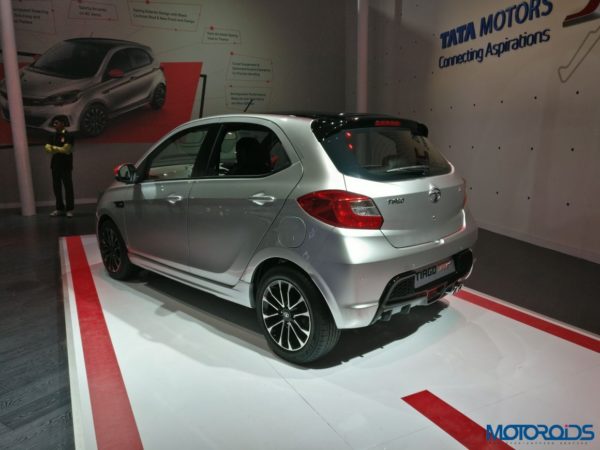 According to a report, the hot hatch will be introduced this Diwali and will be powered by the Nexon’s 1.2-litre turbocharged petrol. However, in a state of tune where the motor will crank out 110 HP+! According to Mayank Pareek, President of Tata Motors’ Passenger vehicles business, for its application under the Tiago JTP’s hood, the 1.2-litre engine powering the Nexon has been tuned to deliver its goodies in a more sportier manner. More importantly, Mr Pareek made a special mention of the way it sounds, where he said, “Power has been improved, and that much power in a car that small feels like a lot. I have driven it, and the roar from that engine is exceptional.”

Also Read: Kryotec – the Engine That Will Power the Tata Harrier 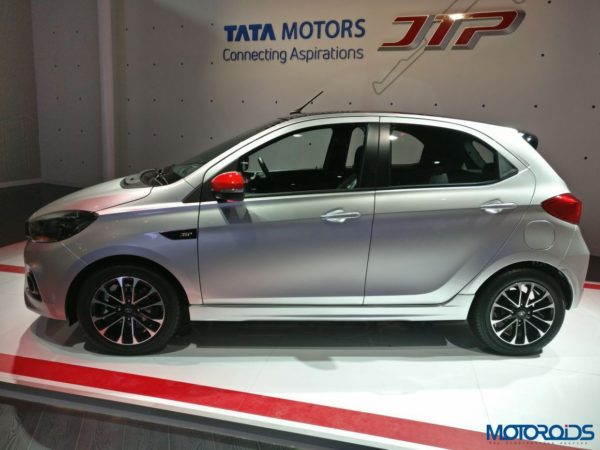 The handiwork of Tata Motors and Coimbatore based Jayem Auto, the Tiago JTP will feature a revised intake and exhaust system, both tweaked to release more Go! The gearbox’s ratios will be altered accordingly and for the already charming handling traits of the little Tata, the Tiago JTP will ride lower and on springs tuned to aid fast inputs on the steering wheel. 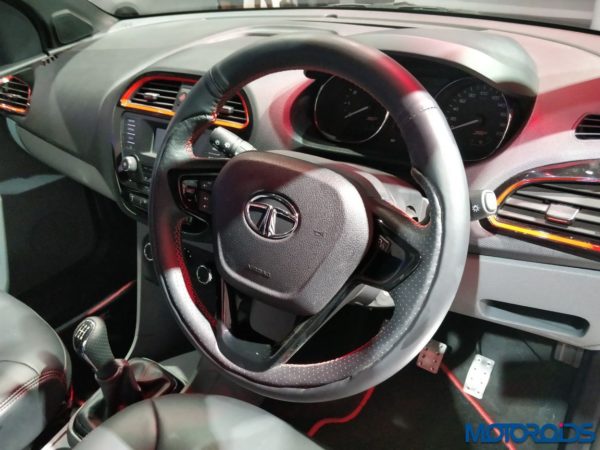 To match all those go fast changes, the cabin too will be blacked out, premium materials will be used for the upholstery, there will most certainly be aluminium pedals, and a rich infotainment system from the NRG will be carried over. Visually, the Tata Tiago JTP will appear similar to the car that was displayed at the Auto Expo 2018. Now, if you love cars and all of this still doesn’t excite you, this hot little Tata will ask for a premium of a lakh over the regular Tiago. Which translates into an ex-showroom price of approximately INR 6 lakh! Good days will be here soon and they are going to be fun.