Tata Motors has showcased a performance oriented version of the Tiago hatchback at the 2018 Auto Expo, known as the Tiago JTP.  The hot hatch was developed by JT Special Vehicles, a joint venture between Tata Motors and Jayem Automotives. Now, an test mule of the Tiago JTP has been spotted in India for the very first time. 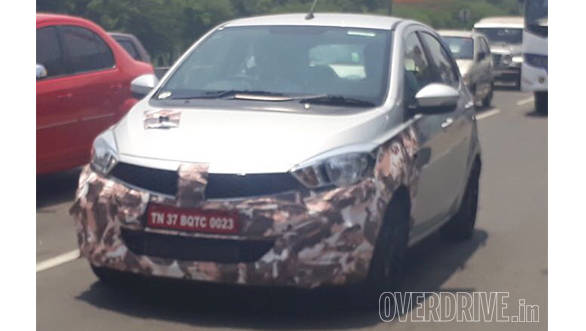 As seen in the single spy image, the front bumper, logo, fender and part of the hood of the Tata Tiago JTP Test mule have been camouflaged. The camouflage seen here is hiding the new bumper as well as the air intake on the hood of the performance hatchback.

The spy image does not reveal any changes to the side profile and posterior of the Tiago JTP although we do know what to expect as the model was showcased earlier this year. Up-front, the Tiago JTP will feature a new front bumper and a splitter, blacked out grille, smoked headlamps and an air vent on the hood. On either side, the model will receive contrast coloured ORVMs, faux grille near the indicators, additional cladding below the door sill and sporty alloy wheels. Towards the rear, the model will benefit from a faux grille and diffuser near the number plate recess. Also on offer will be twin chrome finished exhaust tips as well as the JTP badging. 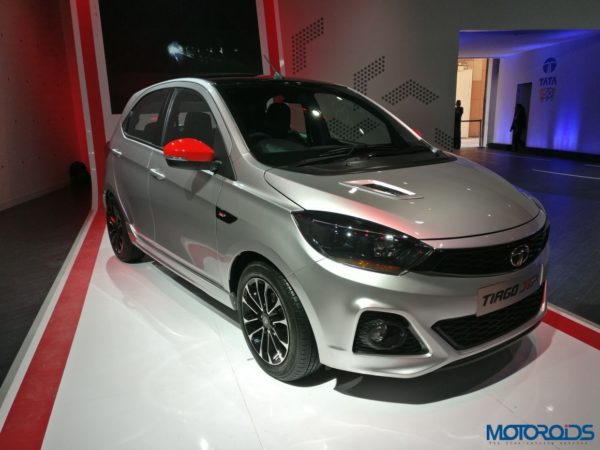 The sporty intents of the upcoming Tata Tiago JTP will also reflect inside where the model will come equipped with black leather seats with red coloured JTP embossing as well as orange highlights for the HVAC vents. Tata Motors has remained tight-lipped regarding the engine specifications of their hot hatch although we can expect it to source power from the 1.2-litre turbocharged petrol engine that could produce about 110 hp. This engine is likely to come paired to a five speed manual transmission. More details could surface soon. Stay tuned for updates.