Home News Starting From INR 5.20 L, The Facelift of the Tata Tigor is Here

The Tata Tigor was first launched in March 2017, the style back offered a new design language in the rather dull and boring compact sedan segment. Catering to the changing needs and demands of the customers, Tata has given the tigor Style back a facelift. What Tata calls a sedan for the stars, here is the new facelifted Tigor which is designed to impress, offer more equipment and a few other changes. The prices too have increased a small bit, the sedan now costs from INR 5.20 L[Ex-Showroom, Delhi] for the base petrol variant and goes up to INR 7.38 L[Ex-Showroom, Delhi] for the top of the line diesel variant. 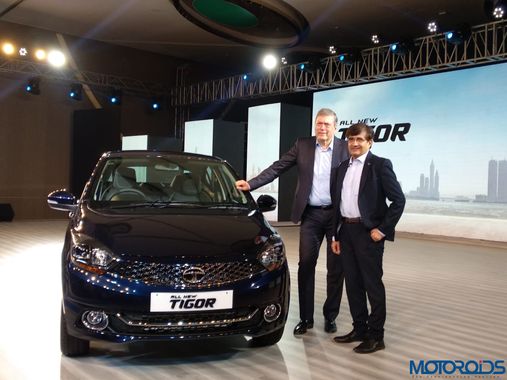 On the Exterior the facelifted Tigor you get a diamond front grille which gets new headlight assemblies on the side, housing dual chamber projector headlamps. Considering the love of chrome in the Indian market, Tata has added a lot of chrome bits on the front end of the car. The sides get newly designed 15-inch dual tone alloy wheels. In the rear, you get a new LED stop lamp and a shark fin antenna and newly designed taillights which get a clear lens. The interior welcomes you with a dual tone dashboard and the seats now get a faux leather treatment. A new 7-inch Harman powered touchscreen infotainment system is the highlight of the interior which comes with a host of built-in apps. 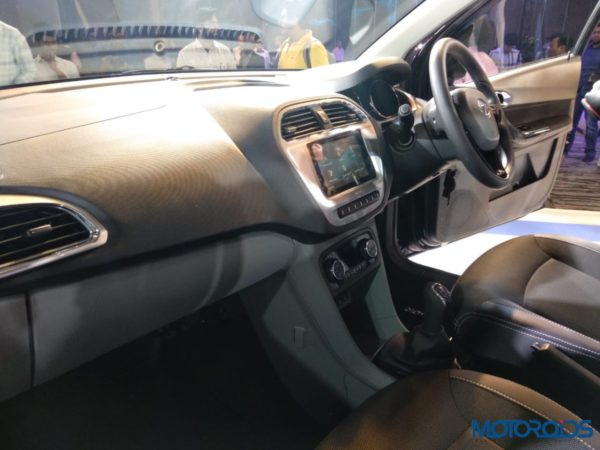 Mechanically, the Tigor remains rather unchanged, with the same Revotorq and Revotron diesel and petrol engines used earlier. However, the engines have been optimised to offer better refinement and even the transmission has been modified to reduce the vibrations entering the cabin and NVH levels. The facelift Tigor will be offered in 4 variants for both petrol and diesel engines and also an AMT is available in only the XZ petrol variant. The prices of the Tigor are INR 5.20 L to INR 6.49 L for the petrol variant, INR 6.65 L for the petrol AMT and INR 6.09 L to INR 7.38 L for the diesel engine as an introductory offer, all prices are Ex-Showroom, Delhi. The compact sedan will go against the likes of Swift Dzire, Amaze and Aspire in the Indian market.