Skoda is celebrating the 85th anniversary of 4 Skoda Popular vehicles’ which took part in the long-distance journey from Prague to Calcutta. In 2001, Skoda became the second European manufacturer to enter the Indian market and since then it has steadily strengthened its position in this region. Under the ‘INDIA 2.0’ project, the company has been responsible for the Volkswagen Group’s model campaign in the Indian market since 2018. Have a look at the Skoda Popular: 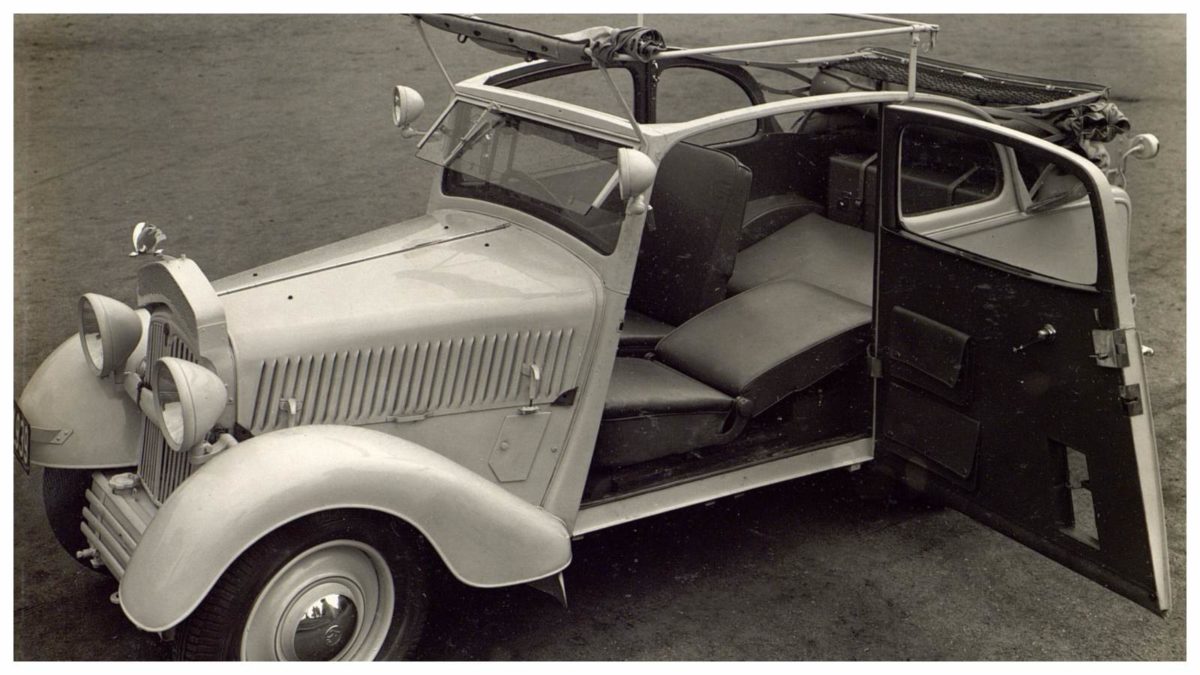 In 1925, the engineering and defence company Skoda joined forces with the automobile manufacturer Laurin and Klement from the Bohemian town of Mladá Boleslav. The Pilsen-based company was already active in India at the time, and so the high-quality commercial and passenger vehicles made by Skoda gained acceptance on the roads of the Indian subcontinent. As long-distance trips, in the 1930s, were among the most successful types of advertising at that time, Skoda decided to organize a trip from Prague in the Czech Republic to Calcutta in India. The Map is given below: 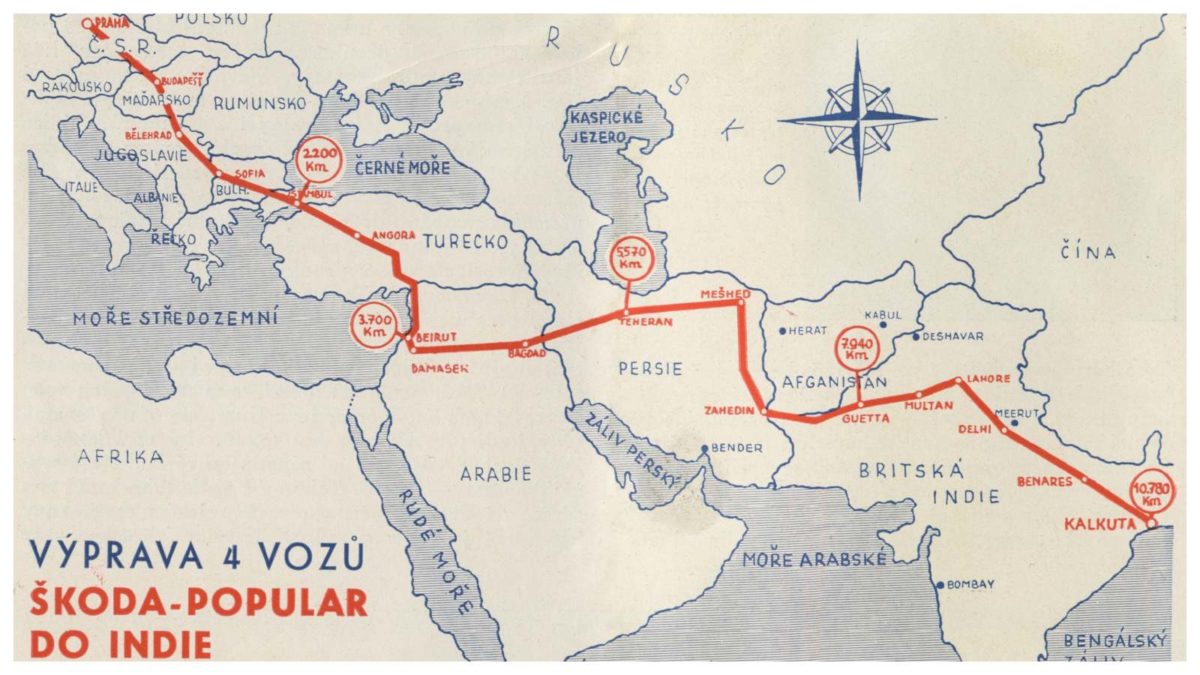 85-years ago, on Saturday, 12 May 1934, a group of four Skoda Populars set out on a trip from the Prague Automobile Club to come to India. The semi-convertible Popular had a 1-litre, four-cylinder engine which could produce about 20 HP and had a kerb weight of 700 kgs, the car could also carry a total load of 800 kgs, including passengers. This expedition was led by Zbislav Peters, who was a lawyer and a Czechoslovak ice-hockey player, the seven participants embarked on the journey to India crossing through many destinations like the Balkans, Turkey, today’s Syria and even Iraq. One crew even made a detour via Afghanistan. 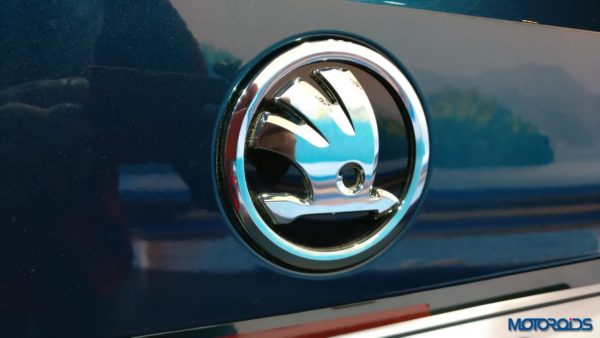 After arriving in Calcutta the Skoda Populars went on to Mumbai, and from there they travelled to Trieste on a ship. From the northern Italian port, the vehicles headed back to the Czech Republic. By the time they arrived in Prague on the 10th of September, 1934, they had covered more than 15,000 kilometres, over rough terrain and even harsh climatic conditions. On this long-distance journey, the new generation of Skoda vehicles proved their outstanding quality and reliability just as impressively as their high technical standards, as the cars featured central tube frames and an independent all-round suspension.

In the summer of 1936, the Czech globetrotters Břetislav Jan Procházka and Jindřich Kubias circumnavigated the world in 97 days in a slightly modified open-top Skoda Rapid with an output of around 31 HP. This Rapid was also equipped with a set of powerful hydraulic brakes. This journey also took the vehicle through India, because of the ship’s early departure to Japan. The Quetta-Delhi-Mumbai stage resembled a car chase, as the fast and reliable Rapid was able to complete this trip in just 3 days. 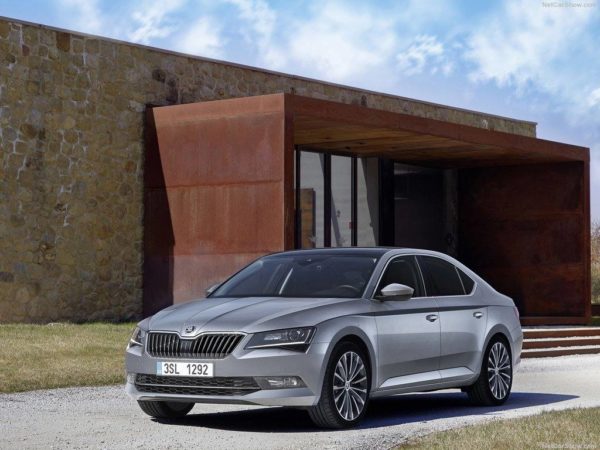 The next chapter in ŠKODA’s success story in India began in 2001 when the company became the 2nd European carmaker to operate in the local market with the introduction of the Octavia, followed by the flagship Skoda Superb in 2001 and other models like Laura, Fabia, Yeti and Rapid. Currently, Indian customers can choose from over 4 models in Skoda’s lineup: the Rapid, which is manufactured locally in Pune, and the Octavia, Superb and the Kodiaq, which are manufactured at the Aurangabad plant. 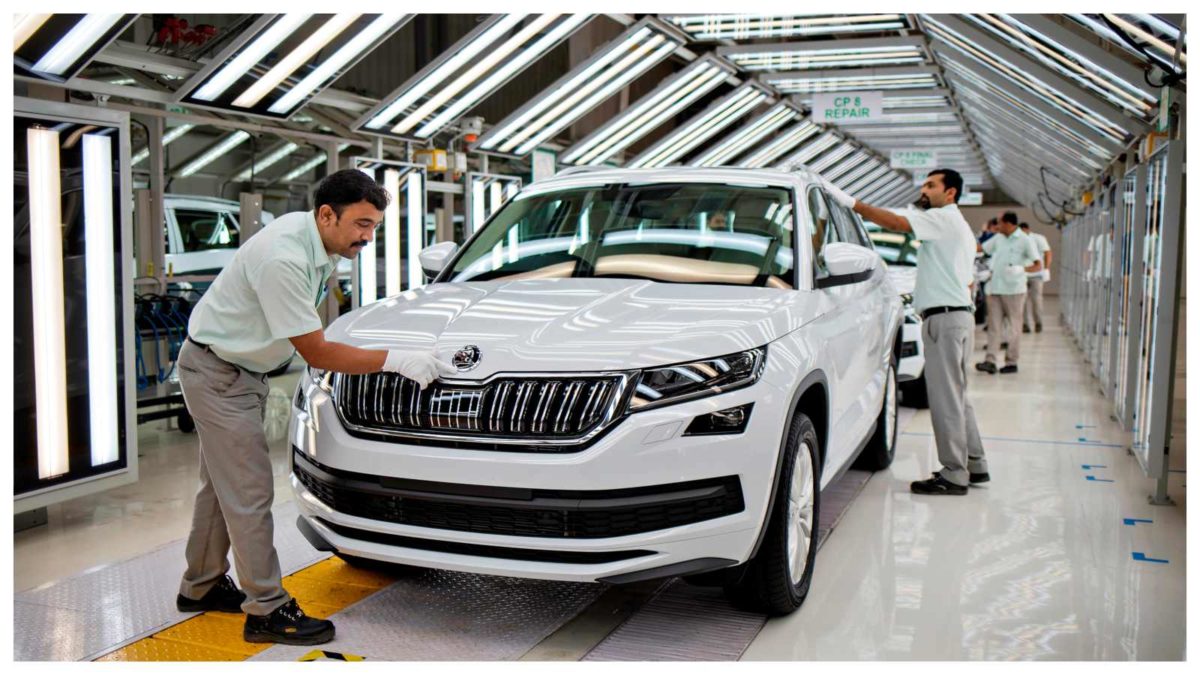 As part of the ‘INDIA 2.0’ project, the car manufacturer has been responsible for the Volkswagen Group’s model campaign in the Indian market since 2018. In January 2019, the Skoda technology centre was opened in Pune where vehicles are tailored to suit the needs of different customers in the Indian subcontinent. These vehicles will be manufactured 95% locally and will be based on the localised MQB A0-IN platform of Skoda. This means that almost all the vehicle components will be made in India. Skoda will also be presenting its first design study next year at the Delhi Motor Show, as the next phase of this project will examine the possibility of exporting the Volkswagen Group vehicles that are manufactured in India.