The T-Cross is Volkswagen’s entry to the world of compact SUVs. Based on the MQB platform, this SUV is Volkswagen’s first small car SUV. The T-Cross will be sold in two different wheelbase options, catering to different markets. The SUV will be made available in India soon, a spy mule of the India bound model was seen testing on the streets of Brazil. However, the same platform will be used in a Skoda SUV, which will enter the Indian market before the T-Cross. Currently, the T-Cross is launched with 3 engine options, 2 petrol and one diesel. The petrol engines are a 1.0 TSI three-cylinder petrol and 1.5 TSI four-cylinder engine and the diesel is a 1.6 TDI four-cylinder engine. 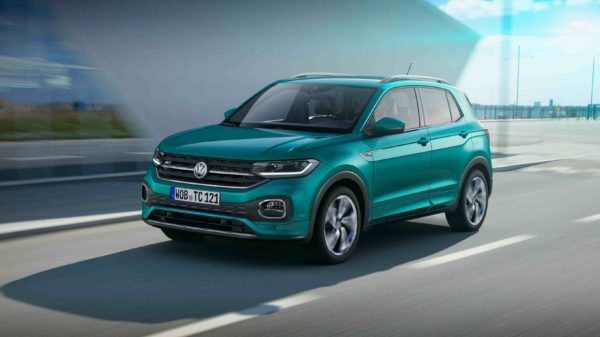 The Indian market model would be incomplete without a diesel, so we expect the 1.6-litre oil burner in the market which generates 95 PS of peak power. Also, present could be the 1-litre, three-cylinder petrol engine, also now seen in the Polo. That engine is capable of generating 95 PS of peak power. All engines comply with the latest Euro 6d-TEMP emission standard. Ralf Brandstätter, Chief Operating Officer of Volkswagen Brand, explained at the world premiere in Amsterdam: “We’re actually presenting the T-Cross today three times over – we unveiled it a few hours ago in Shanghai, and São Paulo will follow later tonight. It shows just how important the T-Cross is to the Volkswagen brand as a truly global product.” 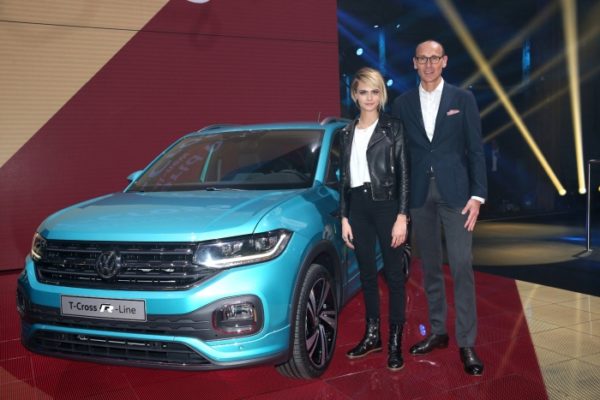 Also Read: Volkswagen Offers a Connect Edition Passat, for All Those Who Want to Stay Connected with Their Car

On the inside, the T-Cross would be as you would expect from a German car. The quality of materials inside, the fit and finish, everything is of top-notch quality. The interiors follow an all-black theme which could make the SUV a bit claustrophobic. You also get new-age features like an 8-inch touchscreen, ambient lighting, a drive mode selector, panoramic sunroof, automatic park assist, and a 10.2-inch instead of conventional dials in the driver instrument console. Once out, the T-Cross will be up against the likes of Tata Harrier, Hyundai Creta and Jeep Compass.