After introducing ABS in the Classic 350 signals bike, which created a controversy, Royal Enfield has also started offering dual channel ABS on the Himalayan Adventure bike. The Himalayan is India’s most affordable adventure bike even after getting a slight price rise with the introduction of dual channel ABS. The price for the standard and sleet variant are INR 1,78,833 and INR 1,80,669 respectively. Mechanically, the ABS equipped Himalayan gets no changes and continues to use the 411cc single cylinder unit. The engine develops 24.5 Bhp with 32 Nm of torque and is mated to a 5 speed transmission. There are no cosmetic changes as well apart from a sticker that reads ‘ABS’ on the front fork. 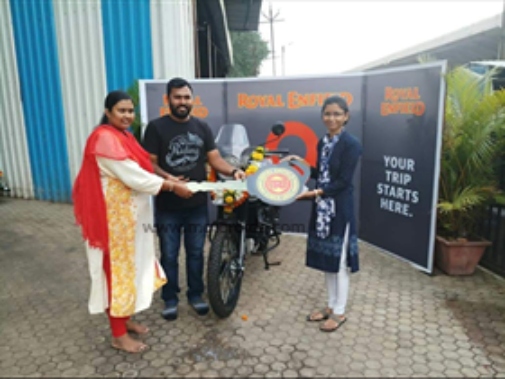 Royal Enfield have already started accepting bookings for the ABS equipped Himalayan and deliveries have also begun at dealerships in Nashik. Below is a picture sent by our reader Neelesh Bajaj where we can see a happy customer taking delivery of their brand new Himalayan in a beautiful sleet colour scheme. It is interesting to note that the dual channel ABS of the Himalayan can not be switched off. 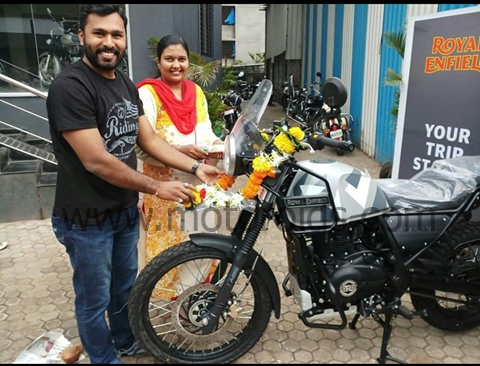 ABS is a very critical safety technology in terms of rider safety. Braking power is considered to be the maximum right before the moment the tire locks and starts to skid. An ABS module is responsible to make sure the brake power stays at its maximum thus preventing any wheel lock. This is particularly helpful during moments when you have to suddenly apply brakes. Moreover, ABS also helps maintain the stability of the bike under braking enabling the rider to steer easily away from any danger or obstacle. Royal Enfield plans to introduce all their models with dual channel ABS by the end of this year. Which could be done easily considering all their export models are already equipped with dual channel ABS.