Gone in 178 seconds, that’s probably the best way to describe the Royal Enfield Pegasus. After quite a bit of controversy surrounding the follow up to the limited edition model, Royal Enfield still hasn’t done anything to resolve the dispute its been having with a few of its customers. Earlier Royal Enfield released a statement, saying “We understand why you might feel that way, but we want to ensure we would not do anything to undervalue your prized possession. The Pegasus 500cc and Signals range share the same platform but are unique in inspiration and design. Moreover, the Pegasus has a higher displacement.” This wasn’t enough as the owners were upset the Classic Signals that was launched shortly after, received dual channel ABS as standard, making it quite an affordable alternative. Since everything that was so unique on the Pegasus has been offered with the Classic Signals and then some, it’s left owners with a sour taste in their mouths. 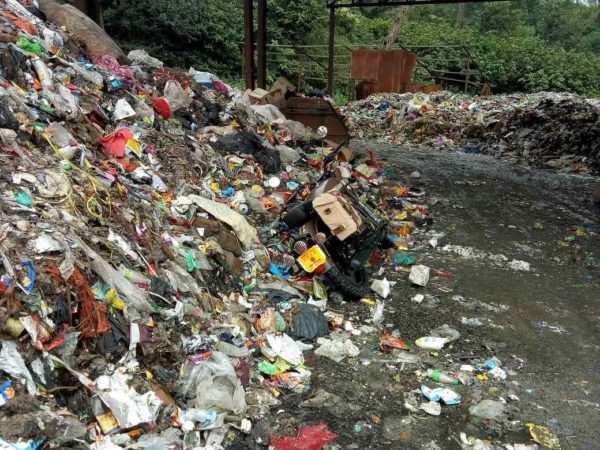 Claiming they’d felt cheated and as part of something conducted merely to boost the brand’s sales, customers are calling their Pegasus garbage and threatening to turn them over to the municipalities of their respective cities. At first, this may seem like an empty threat but as it turns out one of the owners has already started to show some enthusiasm towards contributing to Swachh Bharat Abhiyaan. Images of a Royal Enfield Pegasus parked in the garbage have surfaced, showing just how disappointed loyal fans & owners of the brand are. The minimum difference between a 350 and 500 is about Rs. 50,000/-, their request is that Royal Enfield justifies the Rs. 80,000/- premium they paid over the Classic Signals, although it does come with a smaller 350cc engine. It however does offers the exact same equipment and design along with the addition of ABS. The customer responsible for this wants Royal Enfield to install dual channel ABS on the Pegasus models, and remove the stenciled number from the fuel tank of Classic Signals edition. 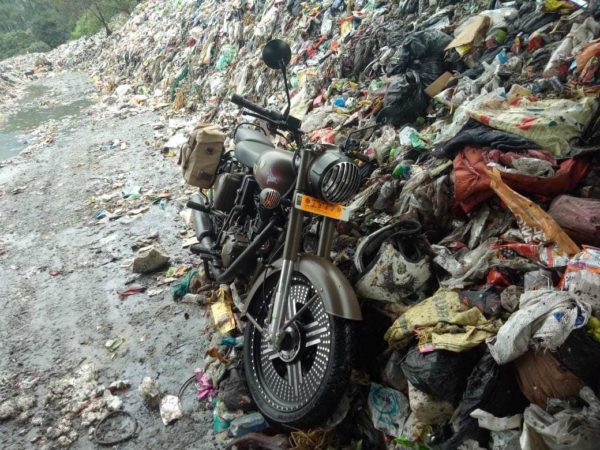 Threatening that he’d leave his motorcycle in the garbage until Royal Enfield doesn’t take suitable action or his demands aren’t met. One might sympathize with the owners of the Pegasus but might also argue that as a buyer, they should have expected something like this, since the changes that separate a standard 500 from a Pegasus are purely cosmetic and can easily be replicated for a mass market audience. Keeping this in mind, owners shouldn’t have made such a hasty decision understanding the repercussions of their purchase, instead of blaming the brand for doing what they do best, sell motorcycles. Nevertheless, it would be interesting to see how Royal Enfield decides to handle such a situation, given the current circumstances as we wait for any updates on this controversial subject.