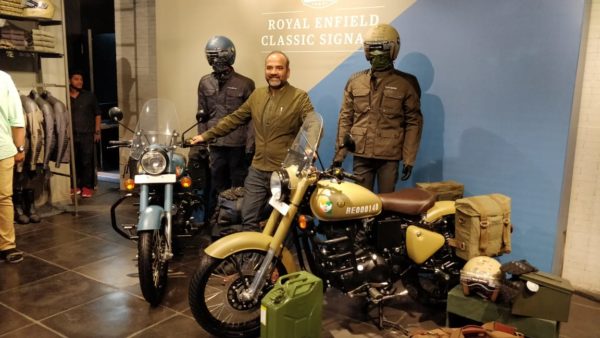 “‘Made Like a Gun’, is a motto that we’ve earned at Royal Enfield, as we have had a history of making motorcycles that are resilient, reliable and versatile. We have been associated with Indian Armed Forces since in the early 1950’s and continue to be the largest supplier of motorcycles to the armed forces till date. Inspired by this association we are happy to launch the Classic Signals 350 Airborne Blue and Stormrider Sand; two motorc​ycles that represent our pride of partnering with the men and women who guard our skies and our land” said Rudratej (Rudy) Singh – President Royal Enfield on the launch of the motorcycle. 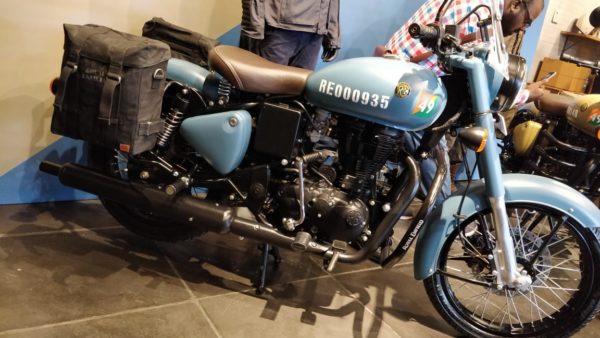 The bike features new design cues which include an unique serial number on the tank of the bike. The Signals will be available in two colour options, Stormrider Sand and Airborne Blue. Mechanically, the bike retains the same engine found in other Royal Enfield models. The 346 cc air cooled unit is good for 19 HP and 28 Nm of torque and comes mated with a 5 speed transmission. Suspension duties are done by the same telescopic shocks in front and 2 gas charged shock ups at the rear. The company also revealed that there will be around 40 to 50 official accessories for the bike which shall come with a 2 year warranty. The accessories will add much more character and individuality to the bike. The Signals also get a blacked out engine, silencer and wheels. 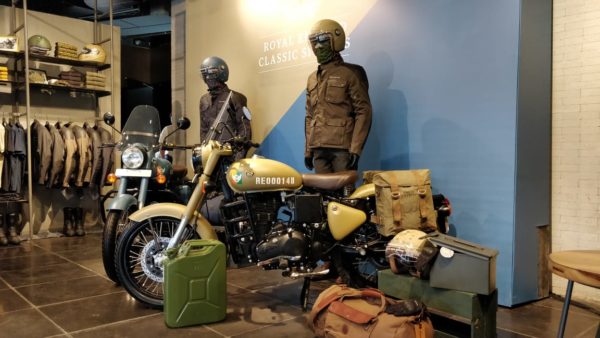 Whats new is a 280 mm disc in front and a 240 mm disc in the rear which gets dual channel ABS. The press event showcases a single seater bike, however a second seat is available at no extra cost both to be finished in a dark tan colour. With rumours of Royal Enfield giving dual channel ABS across its model range, the Classic Signal is the first in the family to get it. Priced at INR 1,61,728 L (Ex-Showroom, Pune) the bike comes at a premium compared to the Classic 350. That is actually money well spent, considering you get a dual channel ABS and a cool paint job. The bike also celebrates 65 years of association with the Indian Armed Forces, its not just a bike, it can be much more. Below are some images from the launch.