The Royal Enfield 650 duo has already landed in Australia and we’ve already shared the walkaround footage of the Interceptor INT 650 and Continental GT 650 from Down Under. Now, Royal Enfield Sydney / Revelry Cycles has published photographs of the 650 duo with new colour options. These are the same colour options that were seen on the walkaround video that we stumbled upon a few weeks ago. Check out the video below: 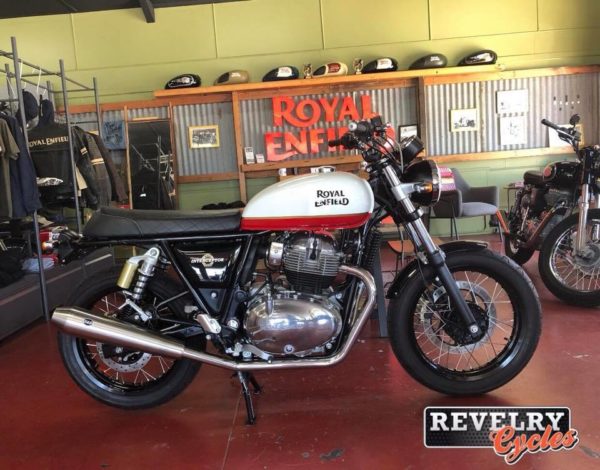 These new colour options would be available in the Indian market, along with the previously showcased paint variants. As reported earlier, the India Bound Royal Enfield Interceptor INT 650 and Continental GT 650 will get top specs and features. Royal Enfield CEO, Siddhartha Lal said in an interview: “On the new 650 twins, from day one, we’ve got the product in the highest spec that’s required anywhere in the world and the same spec will be available in all markets.”

Powering both the Royal Enfield 650’s is a new 650cc twin cylinder engine. This air/oil-cooled, parallel twin motor is capable of producing a power output of 47 hp at 7100 rpm and 52 Nm of torque at 4000 rpm. The engine is paired to a six speed transmission. The gearbox is augmented by its ‘slip/assist’ clutch.

Check out more images of the Royal Enfield 650 duo below: