We have seen many automobile manufacturers reviving iconic nameplates to evoke customer sentiments based on the iconic name’s legacy of yesteryears. We saw it happen with the Chetak when Bajaj decided to bring the legendary moniker back and made it electric. There have been rumors floating every now and then of Maruti Suzuki thinking of bringing the 800 back. There is no concrete information on this yet but imagining how the futuristic 800 could look like, wouldn’t hurt anybody. So Yogi Sejwal Design went ahead and rendered a newly-born or in this case, reincarnated, electric Maruti 800.

You’re probably too young if you haven’t heard about the Maruti 800. In 1983, the first Maruti ever rolled out of the company’s Gurgaon-based manufacturing facility and it was the 800 which later went on to become an absolute hit among the Indian masses. It was targeted towards the common man and existed in the era of Hindustan Ambassador and Fiat Padmini. It was the 800 which cemented Maruti Suzuki’s brand presence in the Indian automotive scenario. If Maruti pulls off a Bajaj Chetak, the 800 would be an obvious choice. It would appeal to the masses, optimizing its legacy as its main weapon. It is claimed that out of 2.87 million 800s produced during the product’s lifecycle, about 2.66 million were sold in India alone. This is a testimony of its popularity amongst us Indians. 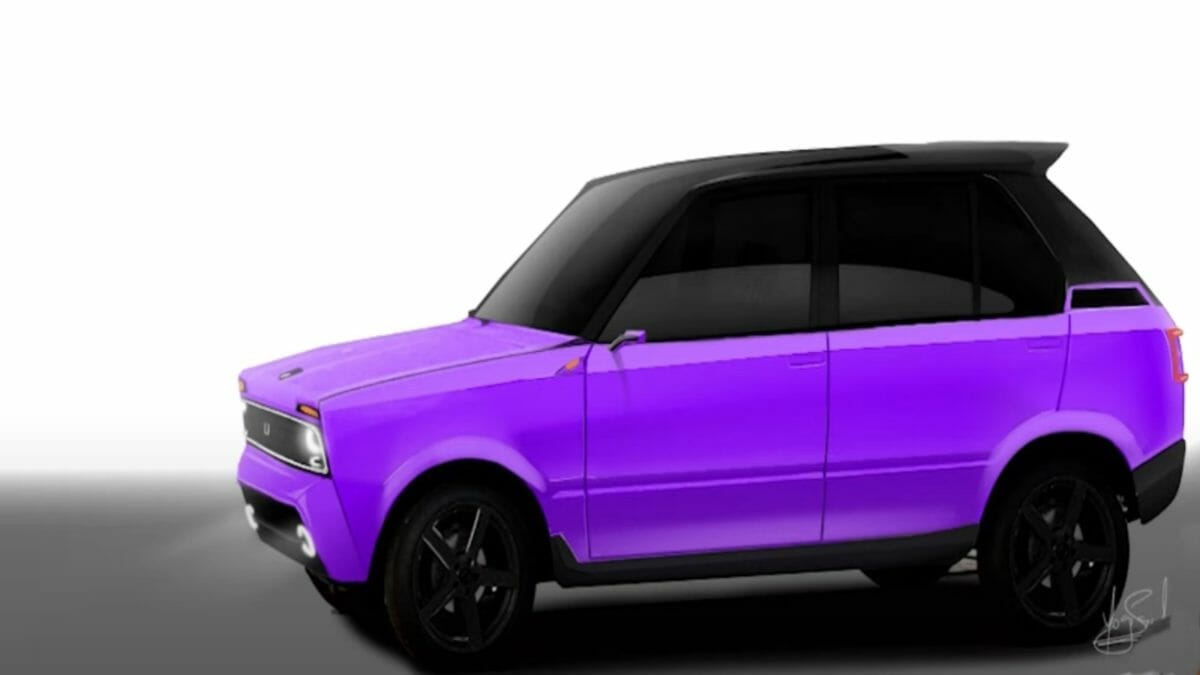 The render showcased here carries over the same design philosophy of the original 800 but that’s not a bad thing at all because it will definitely manage to trigger nostalgia. The render is wrapped in a dual-tone paint job, giving it that much-needed visual overhaul. The alloys are blacked out to give it a sporty touch while also accentuating the ‘modern’ appeal. The front fascia though retains the same premise but includes some modern bits such as a new LED headlamp assembly and redesigned bumper which again, is blacked out. The wheel arches look muscular while the renderer has also paid attention to the ORVMs and has made them rather streamlined. He has also installed a rear spoiler in the render.

Like we said, there isn’t any concrete information regarding the revival of Maruti 800. If it does come out as an affordable electric car though, it could start something new, just like the original version did in the 80s.