Honda Motorcycle has two entry-level cruisers in its portfolio – the Rebel 500 and the smaller Rebel 300. Like their names suggest, both bikes are unlike any other member in the family and have long been rumoured to go on sale in India. 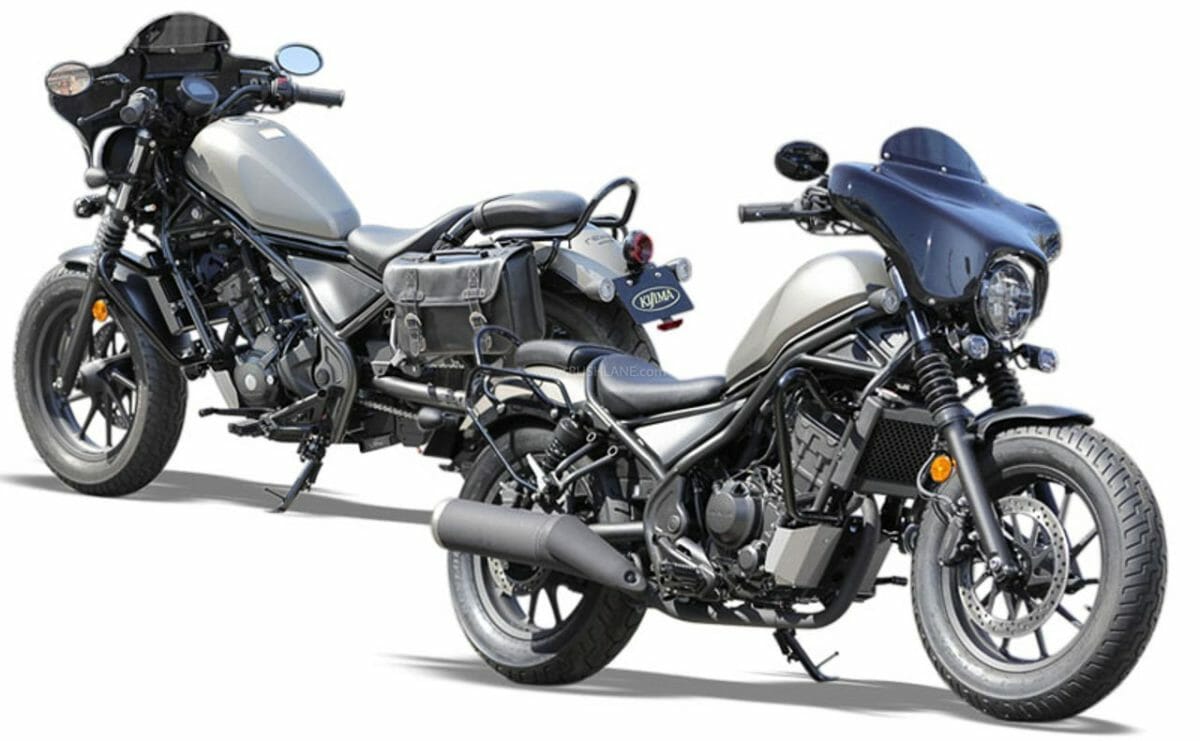 Kijima Customs, a customisation shop based in Japan, has introduced a range of ‘city-riding’ and ‘touring’ accessories for the 2020 Honda Rebel range. Kitted up, one cannot help but see a mild resemblance with certain Harley-Davidson Sporster and Glide models. Still, most of the fitments are functional.

The more apparent parts are the LED headlamp and headlamp fairing that are striking similarity to the Harley-Davidson Street Glide cruiser. Kijima is also offering luggage stays, grab rail, panniers, pannier-support, crash guards and other small elements like brass-finished surrounds for the round headlamp and turn indicators, and twin LED fog lamps mounted below. 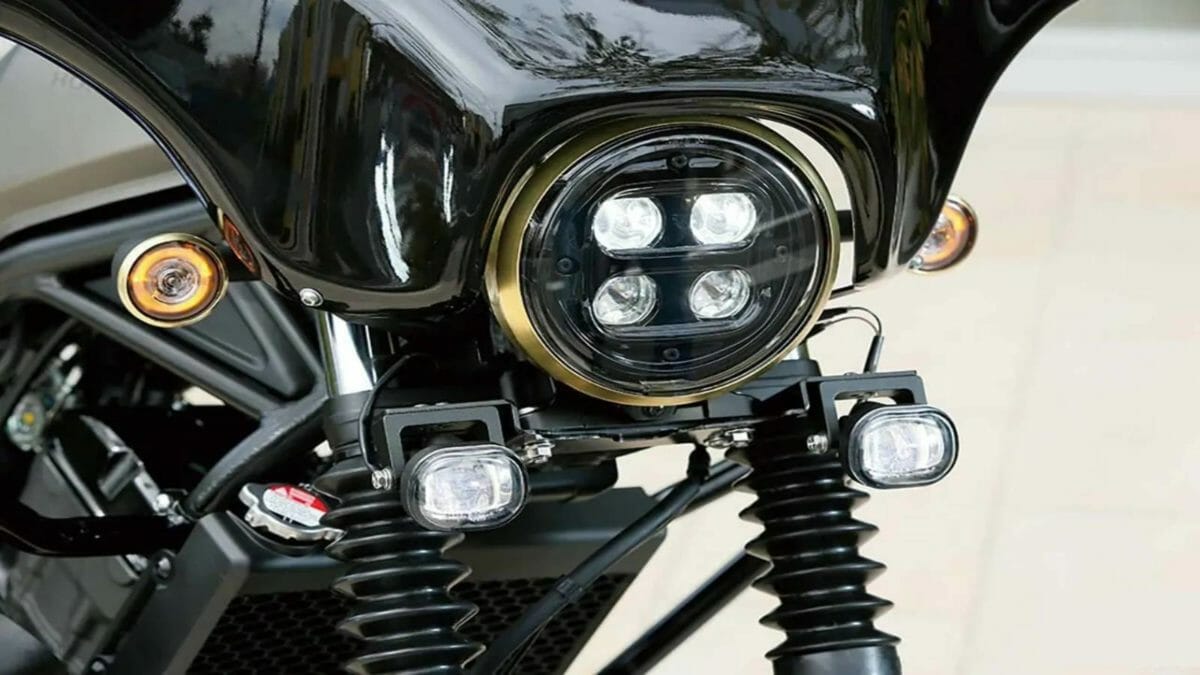 For comparison’s sake, Royal Enfield’s 650 Twins (Interceptor and Continental GT) are powered by a 648cc air/oil-cooled SOHC parallel-twin engine good for 47bhp @ 7,250rpm and 52Nm @ 5,250rpm. If you look at the figures, it is evident that Honda’s parallel-twin engine revs much higher to produce almost the same output for roughly 180cc less and an extra camshaft helps further.

Honda Motorcycle India plans to attain 100 percent localisation for its upcoming premium range. For the same reason, one can expect an aggressive pricing strategy. Just like its other premium offerings (starting with the Honda CB300R), if the ‘500’ line-up is introduced here, it would be sold through exclusive ‘Wing World’ outlets spread across the country.