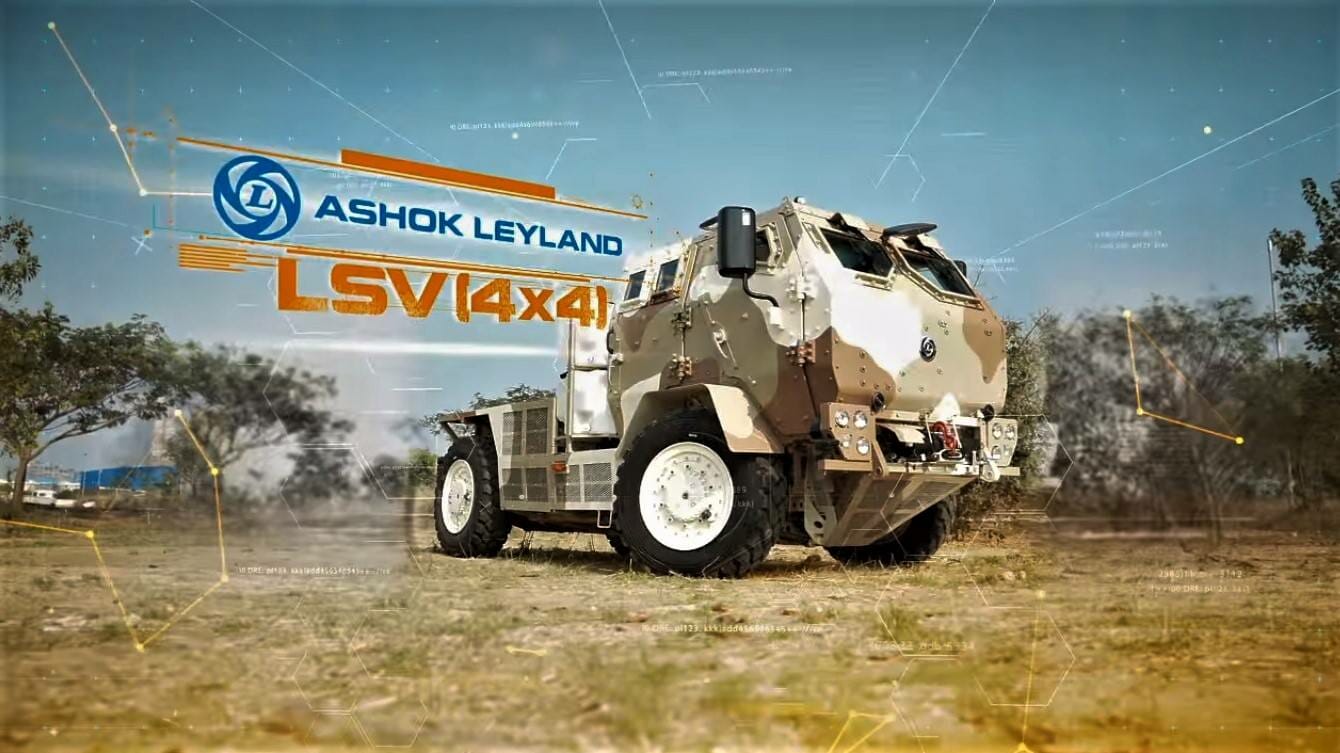 Ashok Leyland is one of the major suppliers to the Indian armed forces and has quite a lot of machinery in its arsenal, each designed to cater to the needs of our brave men. From tracked vehicles, 6x6s, 8x8s, basic trucks to small 4×4 LCVs, they’ve got loads of stuff which civilians can only drool at.

Featured here is the Ashok Leyland 4×4 LSV, which is a light, specialist, troop mobility vehicle dedicated to operating in tough terrains under adverse weather conditions. An armoured vehicle, it is fitted with an H6 engine which is mated to a 5-speed gearbox and another 2-speed unit for accessories.

Developed to respond in quick time during counter-insurgency operations, the LSV rides on independently suspended axles which are integrated with an electronically-controlled air suspension system. The latter allows the ride height to be manipulated, according to the terrain the LSV has to operate in. Braking comes through a hydraulic system which is governed by ABS and all four sides are protected for STANAG Level armour as per customer requirement.

The LSV is built upon a tough space frame chassis which can support a platform of up to 8 tonnes (GVW). It can carry a payload of 1 tonne and 5 occupants inside the cabin. It comes fitted with a central tyre inflation system, a large protective plate under the cabin to protect the cabin from debris and perhaps deflect ammo. There’s also a winch up front which by the looks of it, can pull some heavy stuff. 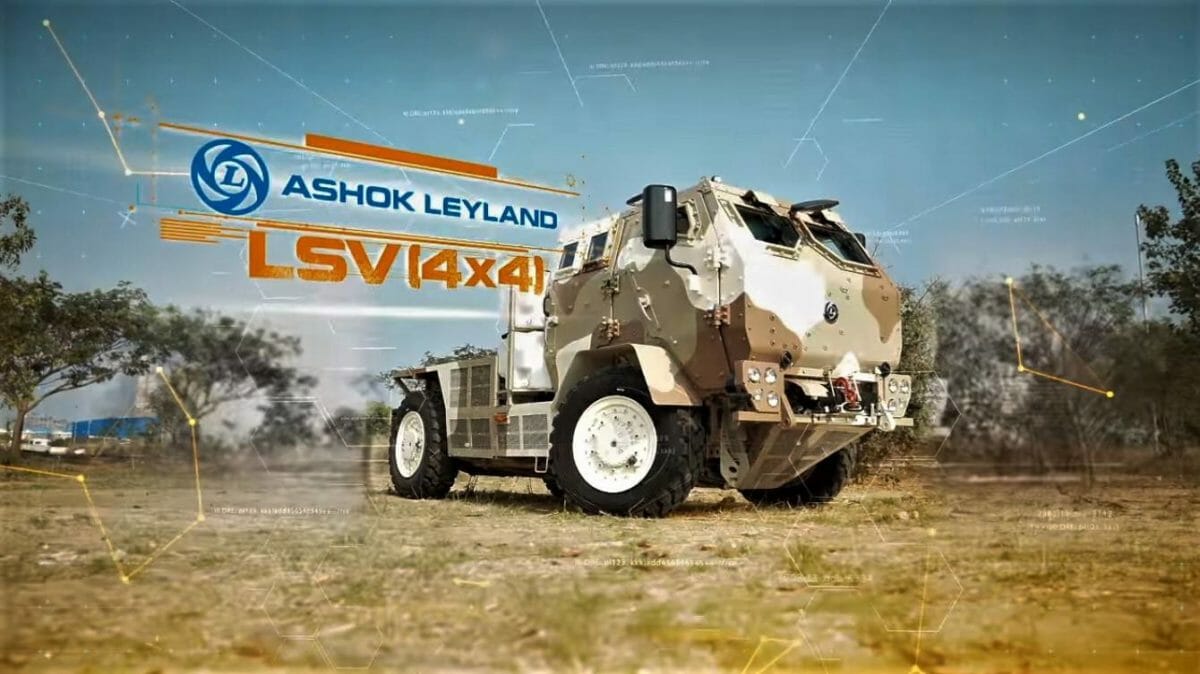 Optional fitments include a water tank, a rearview camera, a 360-degree rotatable gunners station with viewport & gun mount, provision for a weapons station, additional jerry cans, an antenna mount and a searchlight on the roof which can either be motorized or manually operated. We’re blown away by its appearance alone, what with its high-perched cabin and the mean-looking headlamp assembly.