The motorcycle which started a trend of beefed up 150cc streetbikes, the Yamaha FZ, is about to get an upgrade. Wearing camouflage, two test mules have been spotted testing on public roads, pointing towards a launch in the coming months. In all probability, early next year. 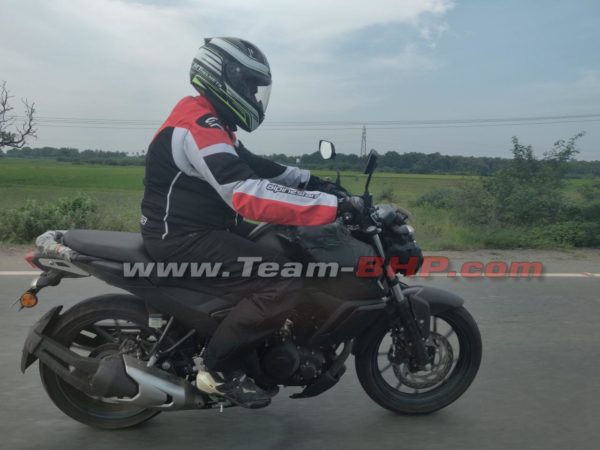 From the spy pictures, the Yamaha FZ-FI Version 3.0 appears to carry the same silhouette of the current-gen motorcycle. However, as the pictures suggest, there will be some new styling details and changes will be made for some existing components to look different. For example, we see the introduction of a belly pan, the tank extensions with their faux air scoops have been redesigned, and the muscular fuel tank too will be chiseled differently. 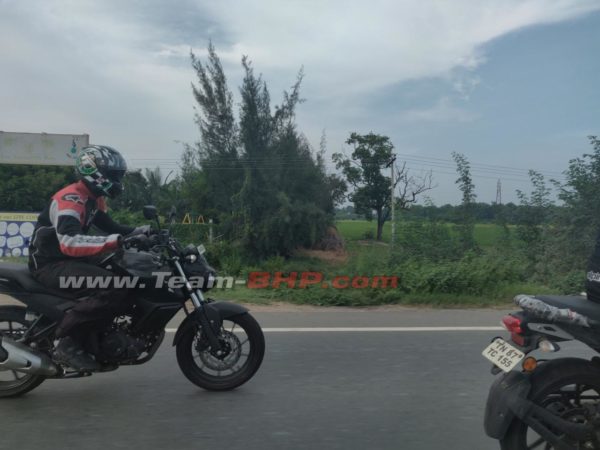 The ORVMs get a new shape, the headlight design appears to be different, and inside the new unit, there will most certainly be LEDs for illumination. The front fender too seems to be redesigned. Interestingly, the next-gen Yamaha FZ gets a single saddle, instead of the deckered, split setup for the existing bike. And by the looks of it, the rear seat seems pretty wide and should help with pillion comfort, which wasn’t a forte of the FZ until now. The rear grab rail too seems like a single unit, in comparison to the split setup on the current bike. 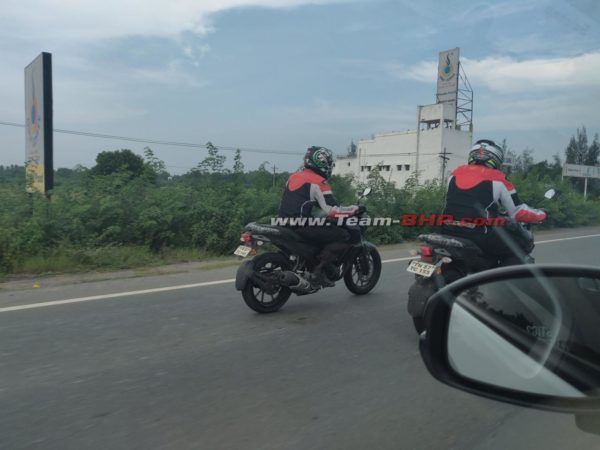 The front fender has been slightly redesigned, the alloy wheel pattern appears to be borrowed from the R15 V3, and the tyre profile and size appears to be similar to the current FZ. Sideways, the rear and central panels get a new design and the exhaust muffler has gained some more mass. The rear section though, continues unchanged. 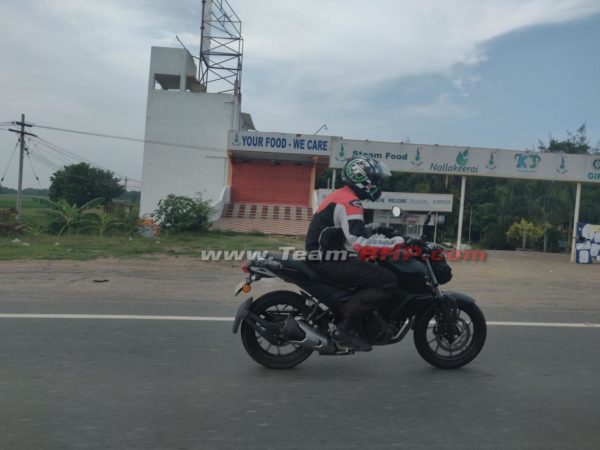 We expect the next-gen Yamaha FZ to gain a few more horses, as a result of a few tweaks to the existing motor, as compared to its competition, it is currently the least powerful of the lot. In sync with new regulations, expect single channel ABS to be a standard feature.