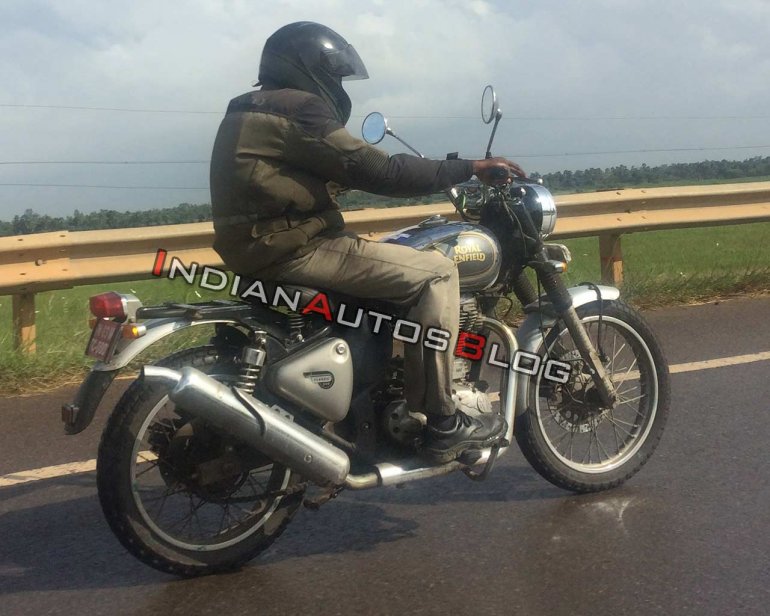 Royal Enfield is now riding on the success of the recently launched 650 twins. The company also had announced that the new government regulations have delayed their plans to introduce new bikes in the market. however, a few days ago we talked about a mysterious bike from Royal Enfield and looked at the possibilities of what it could be. This bike has been spotted again with temporary registration plates and could possibly be a test mule of a scrambler based on the Classic 500. The bike in the spy shots happens to match the bike that we saw in earlier photographs. If launched, this would be a refreshed offering in RE’s stable of cruisers. 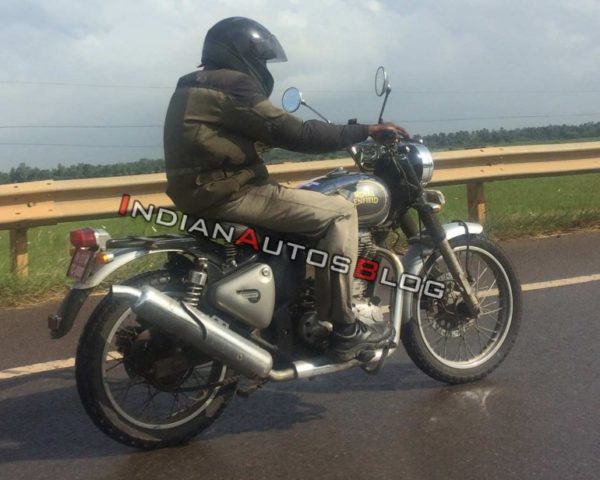 The bike in the spy shot seems to be made out of an amalgam of parts from the Royal Enfield portfolio. For instance, look at the indicator lights which seem to be taken from the 650 twins. The tank of this bike is that of the chrome variant of the Classic 500 while the side cowl appears to be from a standard silver coloured Classic 500. This may indicate that this is a very early stage prototype and RE may be working to fine tune it before actually making out parts for it. Apart from that, there are many other aspects that differentiate this bike from the regular Classic 500. 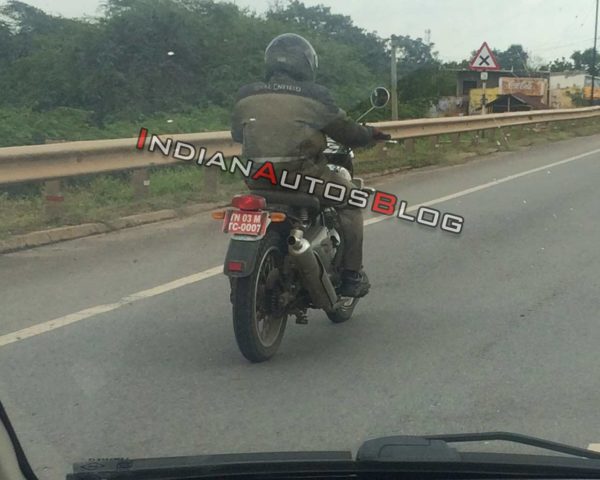 The spy shot showcases a new more upright handlebar, which would suit the characteristics of a scrambler. The exhaust sweeps upward at a rather odd looking angle, making it possible to clear obstacles when off the road. The fenders too have been cut short and the tyres have a knobby pattern. The engine seems to be unchanged, which is a 499cc, single-cylinder and comes mated with a 5-speed gearbox. This engine is good to produce about 27 hp of power and 41.3 Nm of torque. Stay tuned to get the latest updates on this mystery bike.